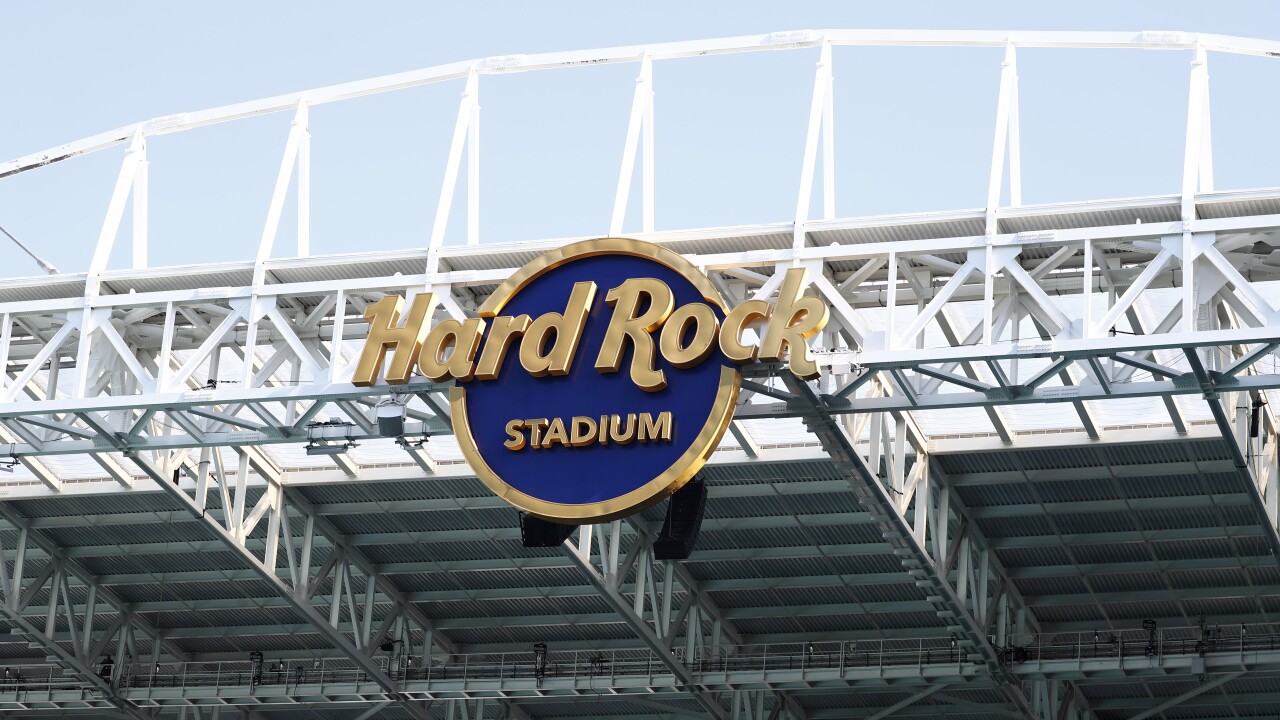 MIAMI GARDENS, Fla. (AP) — The pounding of a single hammer echoed through the stands Tuesday in the Miami Dolphins’ stadium, the reverberations from the Super Bowl’s return to South Florida just beginning.

Painters sprayed a logo on the newly laid grass while two men in hard hats dangled from a scaffold under a video board. Workers on the sprawling grounds outside the stadium also busily prepared the complex for the NFL title game on Feb. 2 between the Kansas City Chiefs and San Francisco 49ers.

“We have upwards of 6,000 people working behind the scenes to get everything set up,” said Eric Finkelstein, NFL senior director of event operations. “You can hear it around us. And there’s a lot more work to go. But we feel really good about where we are in getting everything prepared.”

The league offered a sneak peak at the stadium as Miami prepares to host the Super Bowl for the 11th time, the most of any city. It has been 10 years since the last title game in South Florida, however, and the Dolphins’ home has since undergone a $550 million renovation.

The NFL said the upgrades were needed for Miami to remain competitive in bidding to host Super Bowls.

“People who haven’t been here since the last Super Bowl will feel like they’re in a totally different stadium,” said Tom Garfinkel, the Dolphins’ president and CEO.

Changes include four large video boards and a canopy to protect fans from rain, while the stands and suites have been reconfigured. A plaza outside the main entrance now provides an inviting setting for pregame entertainment.

“The differences are amazing,” Finkelstein said. “The additional club space and the grounds around the site are at another whole level.”

As he spoke, workers outside the stadium cut plywood, applied fresh paint and tested glass-bottom gondolas that will run the length of the grounds and make their debut on Super Sunday, providing fans with a view of pregame festivities from a height of 90 feet. A round trip will take 20 minutes.

The NFL has been on site since Jan. 2 and built 4 1/2 miles of fence to secure the perimeter. On Super Sunday, gates will be opened to admit 65,000 fans.

“We are prepared to put on an amazing show,” Finkelstein said.