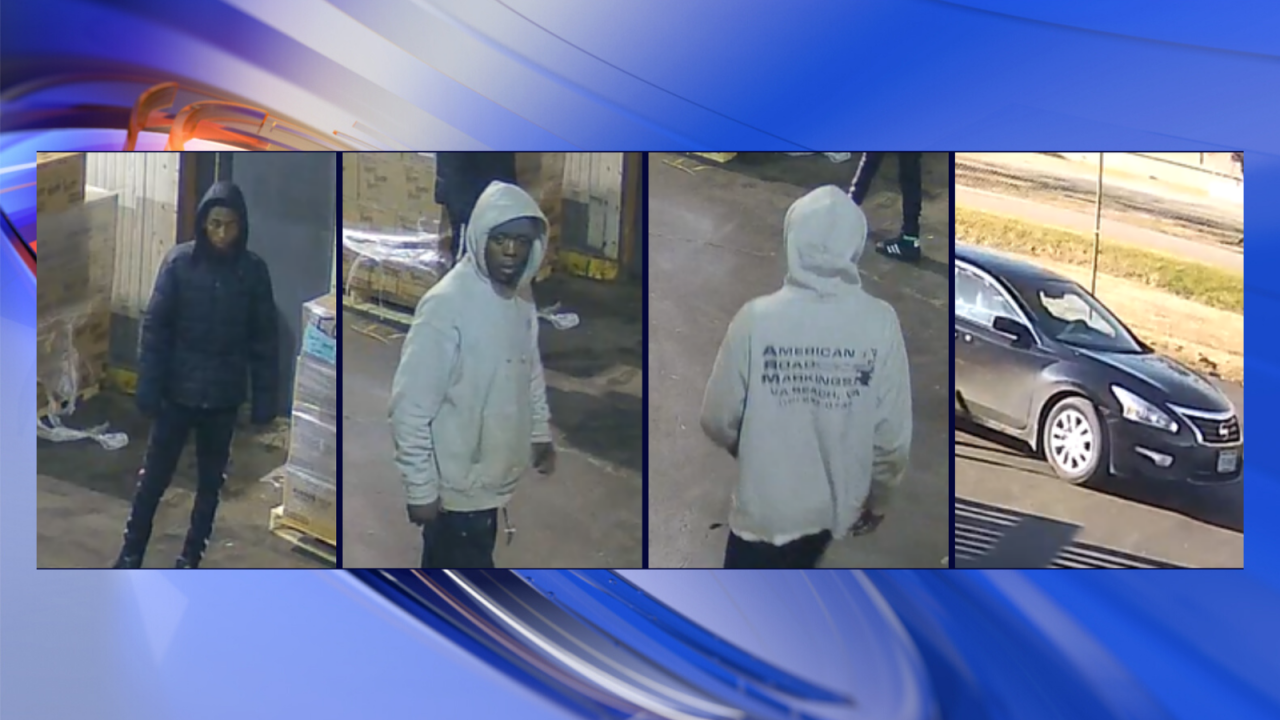 Police say two men are wanted in connection of a burglary at MDV Spartan Nash located at 1187 Azalea Garden Road.

According to officials, around 3:30 p.m., on January 1, two men fled in a dark color vehicle after a security guard approached the men after observing them in the warehouse.

The suspects allegedly took uncooked meats from the warehouse, according to police.

Police ask if anyone has any information, please contact the Norfolk Crime Line at 1-888-LOCK-U-UP.

#NPDNews. #NorfolkPD need your help identifying two men caught on camera during a burglary at MDV SpartanNash. If you recognize them #submitAtip at @nfvacrimeline or https://t.co/fWb8wXvxe5). Your tip could earn you a cash reward. Read more at https://t.co/L2pzyNSkDo pic.twitter.com/zkLTNxKAiw