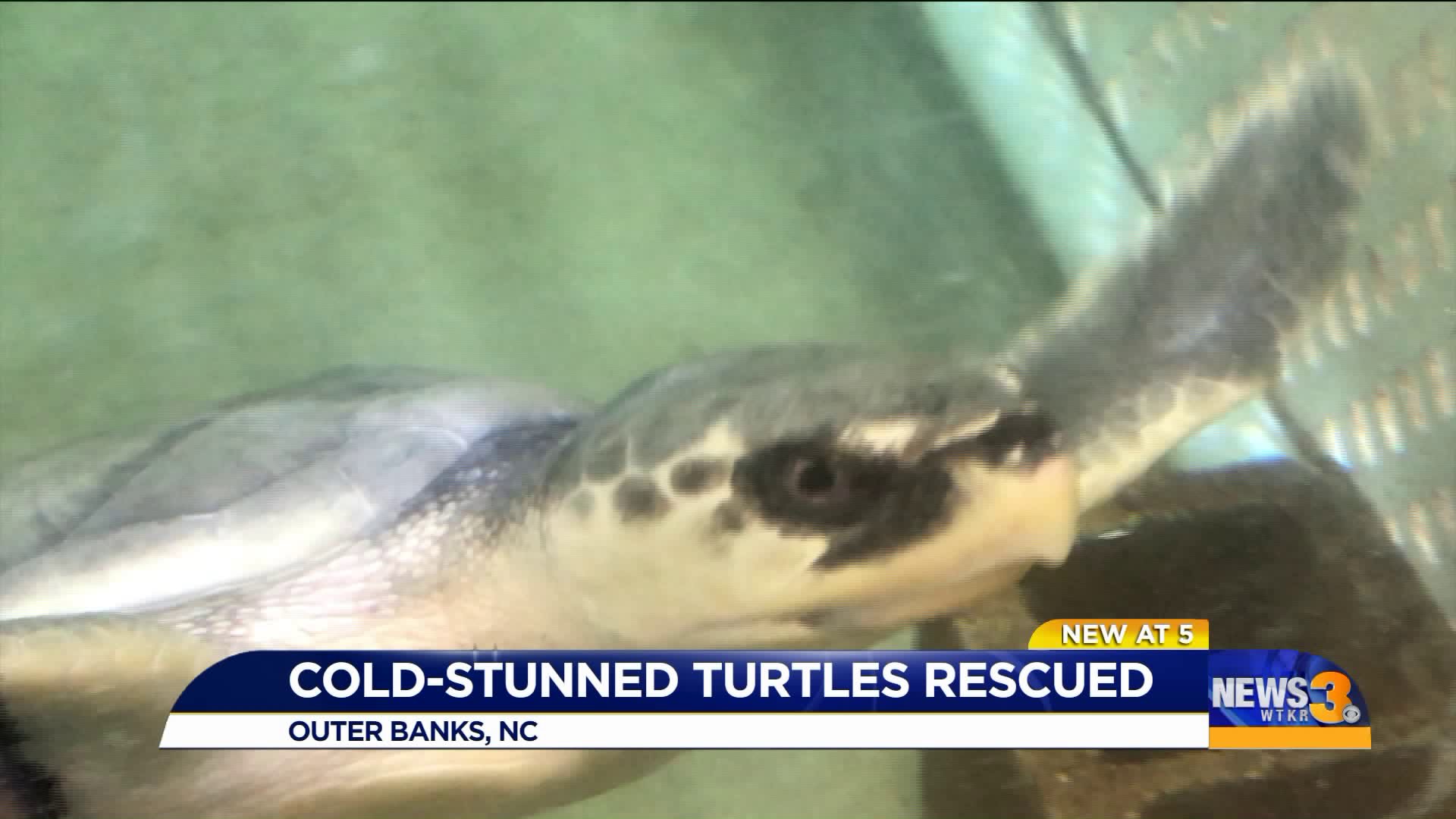 OUTER BANKS, N.C. - Rescuers spent Monday and Tuesday feverishly working to pull 91 turtles out of the frigid waters near Buxton.

"We walk miles with the wind blowing, the turtles towards us. We have to get them off the shore side as quickly as possible into a controlled environment," said Lou Browning, founder of Hatteras Island Wildlife Rehabilitation.

Browning and a slew of other volunteers with the non-profit told News 3 that the majority of the turtles rescued were Greens and Kemp's ridleys.

"When the water temperatures drop, they are not able to handle that, so essentially their system shuts down," said Chelsea Witherup, a stranding tech with the Virginia Aquarium. "They float along the surface and wash to the beach."

Witherup said bringing the turtles out of the cold waters and increasing their temperature is time-sensitive.

"Usually below 65 degrees is when we start becoming concerned," Witherup said.

Browning says the turtles likely came into the Oregon Inlet foraging for food, like grasses and blue crabs, and then got stuck when the cold weather turned.

"They didn't get the memo that they needed to go farther south before the weather got bad," said Browning.

Browning said the turtles were taking to a staging center in Buxton Tuesday night, where they all received a processing and entrance exam and blood tests.

The turtles are then taken to the STAR Center in Manteo to undergo rehabilitation, where they will recover before being released back into the water.

"It is very motivating to do this job. As citizens, there are very few things individuals can do to make a difference -- this is one place we can," said Browning.