More US troops under medical evaluation after missile attack 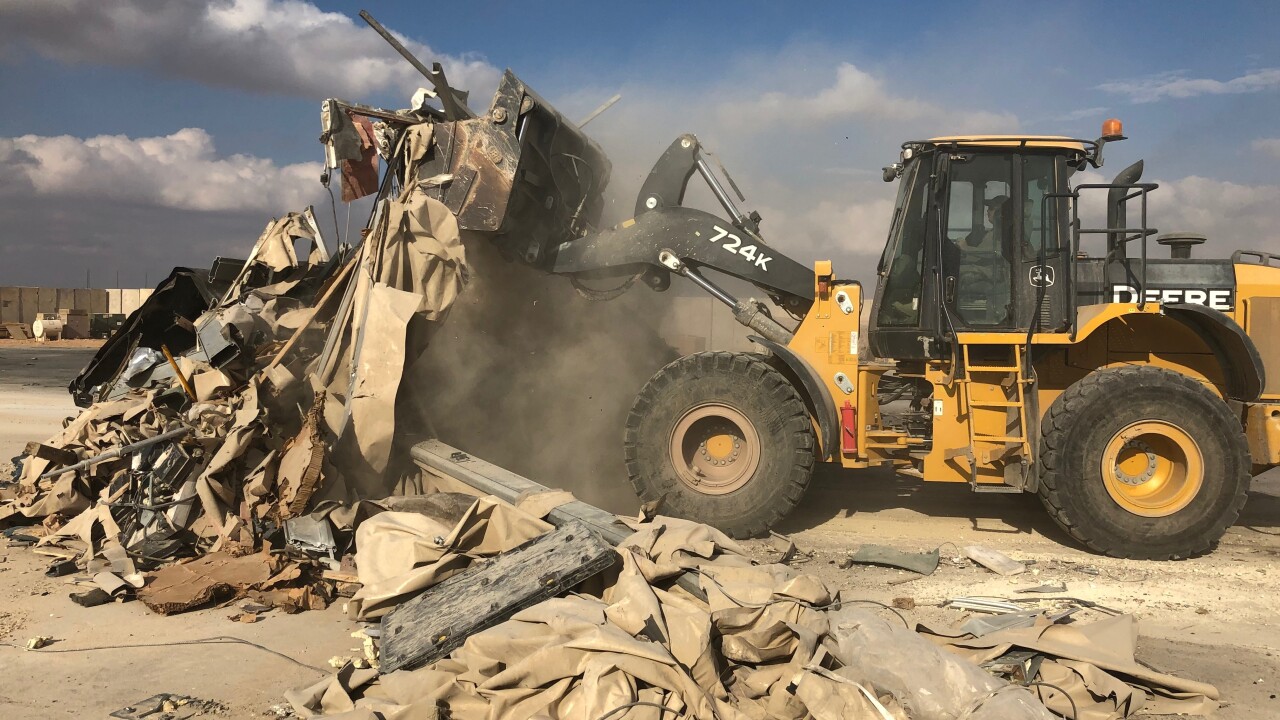 A bulldozer clears rubble and debris at Ain al-Asad air base in Anbar, Iraq, Monday, Jan. 13, 2020. Ain al-Asad air base was struck by a barrage of Iranian missiles in retaliation for the U.S. drone strike that killed atop Iranian commander, Gen. Qassem Soleimani, whose killing raised fears of a wider war in the Middle East. (AP Photo/Qassim Abdul-Zahra)

U.S. officials say additional U.S. troops have been flown out of Iraq for closer medical evaluation of potential concussive injuries from the Iranian missile attack of Jan. 8.

It was not immediately clear Tuesday how many were flown out; they are in addition to 11 troops who were evacuated to U.S. military facilities in Germany and Kuwait last week.

The Trump administration initially said no Americans were harmed in the strike, but later it became known that medical screening had determined that some of those who took cover during the missile barrage were suffering from concussion-like symptoms.