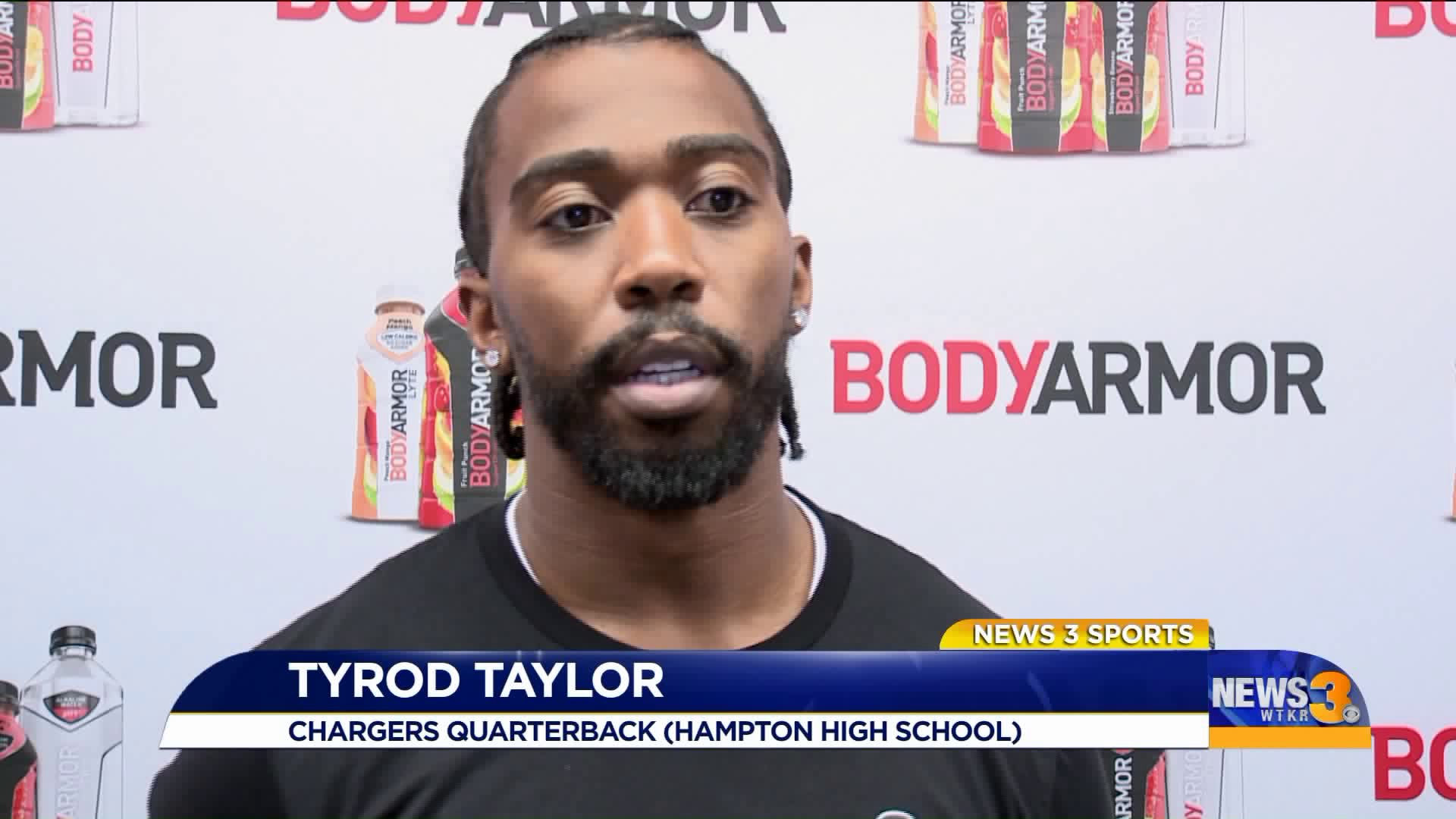 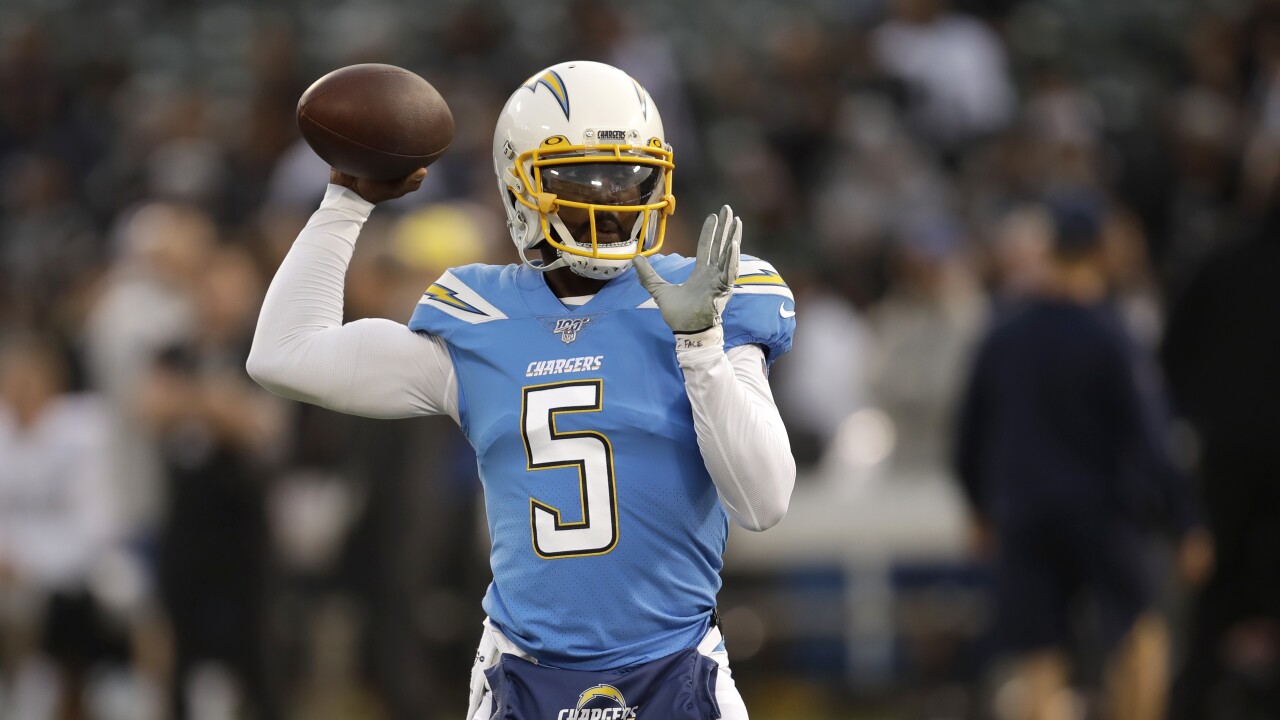 HAMPTON, Va. – San Diego Chargers quarterback and Hampton, Virginia native Tyrod Taylor returned to his hometown on Wednesday to take part in the opening of a new Kroger grocery store.

During its grand opening, a Kroger in Hampton donated a one thousand dollar gift card that Taylor used to pick out groceries for the Virginia Peninsula Foodbank.

As a 757 native, Taylor tells us it's just as important for people to see him in a store as it is in a stadium.

"It's important because it gives the youth and the next generation something physical to see, to keep their dreams alive," Taylor said. "Being one of those kids growing up in this area, to see Allen Iverson, Michael Vick, Aaron Brooks, Bruce Smith, I could keep going. So many successful people from this area, but to see those people in person, whether it's walking through the mall or grocery store, at the carnival.

"For me as a kid it kept my dream alive."

Taylor's trip to his hometown comes just one week after his trip to Paris, where he attended the Fall/Winter 2020 men's shows at Paris Fashion Week.

"To see me in Paris one week and in the grocery store back at home, in my hometown the next week, it may sound bizarre but at the same time it's two things I'm passionate about," Taylor said.

Fashion is something Taylor says he's been interested in since he was a kid, but that fashion's popularity among athletes hasn't been prominent until recently.

"It's more talked about nowadays than when I first got in the league," Taylor said. "More people are having more exposure to media and more face time. Social media of course is a bigger aspect than what it was when I first got into the league. Guys get a chance to market themselves in different ways.

"A coach once told me you don't know how long you gonna be able to play, but for sure while you're playing, especially at the quarterback position, cameras are gonna be in your face so if you want to portray that, and look the part, look the part whenever the camera's in your face."