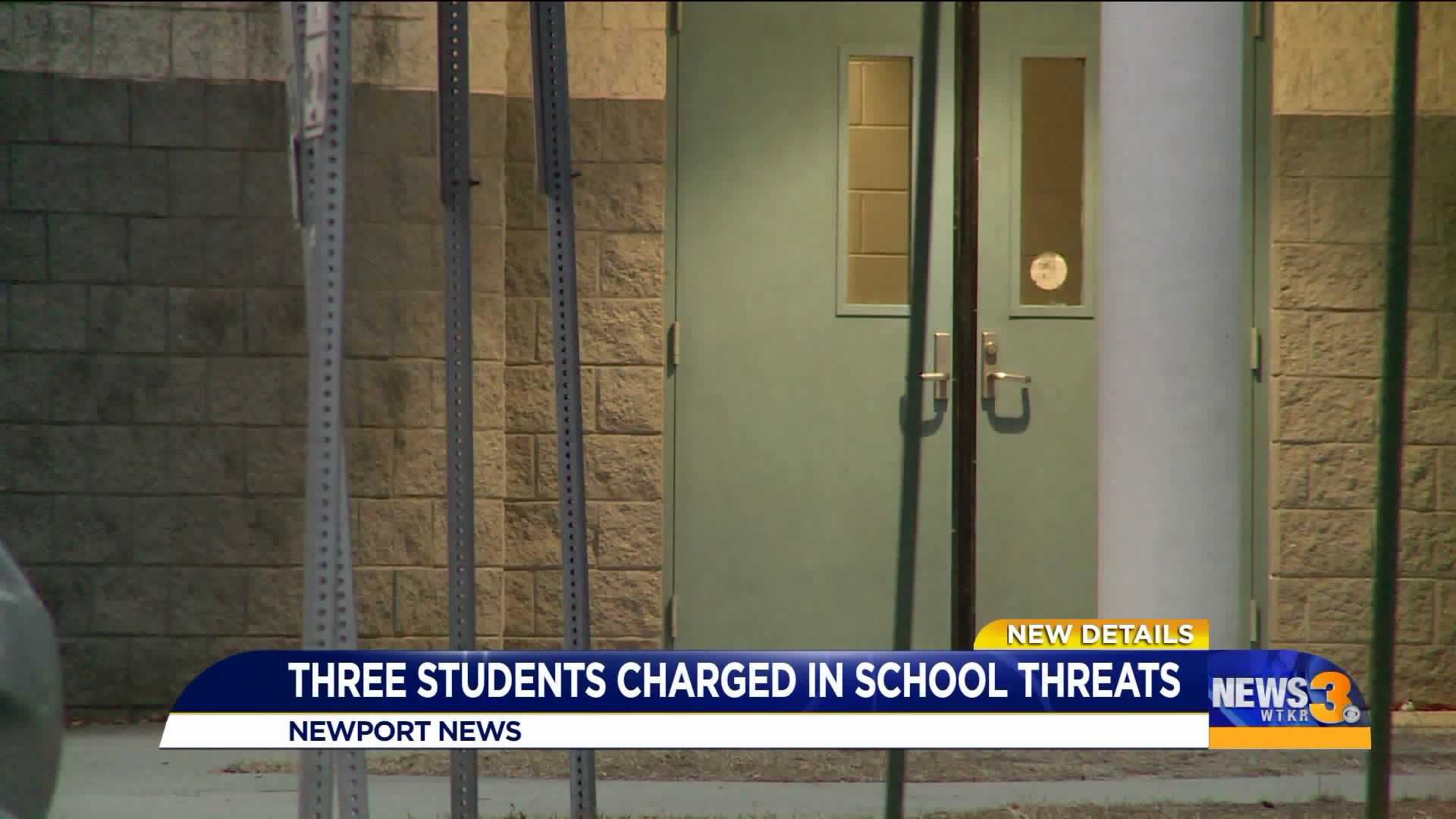 On January 21, police were notified of social media threats made toward Gildersleeve and Dozier Middle Schools. After further investigation, a 13-year-old girl was taken into custody on January 22 and was charged with one count of Threat in Writing at School/School Event.

On January 22, police were again notified of another social media threat, this time made toward Passage Middle School. They took a 12-year-old boy into custody the next day and charged him with one count of Threat in Writing at School/School Event.

On January 22, police were made aware of another social media threat again made toward Dozier Middle School. An investigation led them to charge a 14-year-old boy with one count of Threat in Writing at School/School Event.

Newport News Police Chief Steve Drew said he is thankful for everyone who shared posts and tips, which he credited with helping police in their investigations.

“We take these threats very seriously and will continue to do so,” Drew said. “We encourage parents and children to come forward any time there are concerns about safety.”