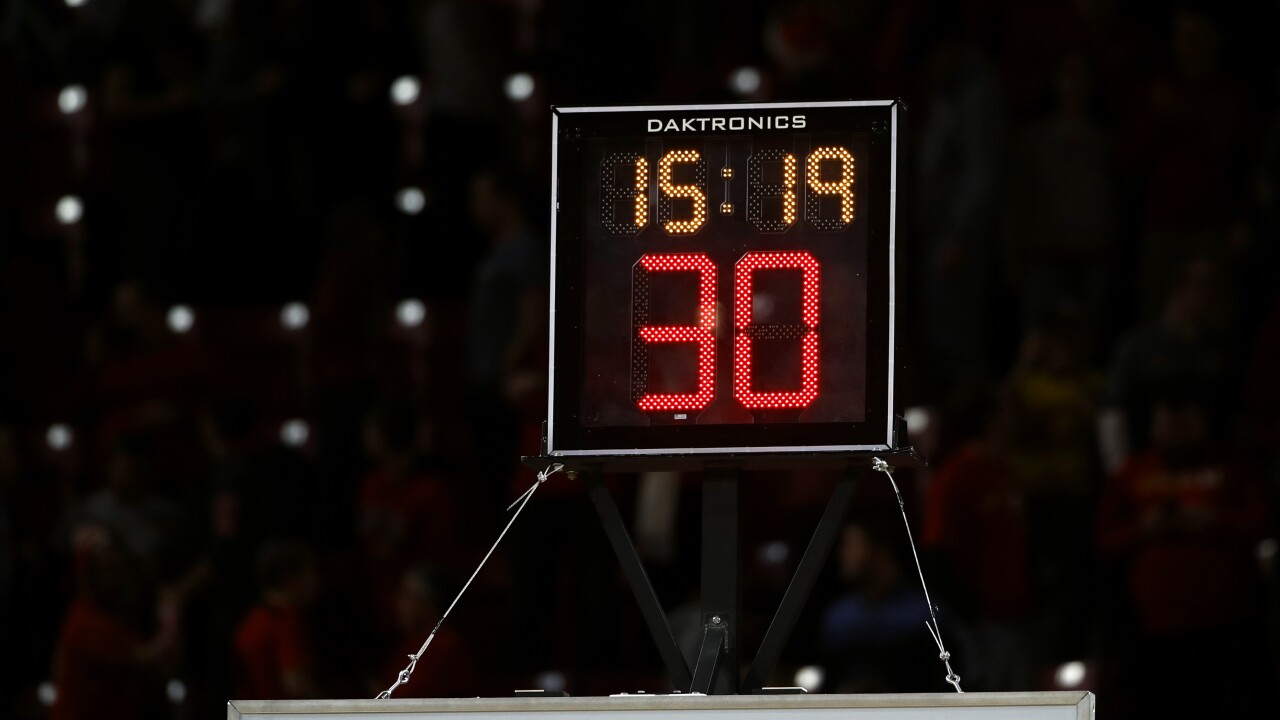 BOILING SPRINGS, NC (AP) — The Hampton-Gardner-Webb men’s basketball game was suspended at halftime on Monday night because of a mechanical malfunction of one of the shot clocks.

The game is tentatively rescheduled for February 24 with current stats and fouls in place. The Bulldogs lead 39-31.

Tonight's game is officially suspended with Gardner-Webb holding a 39-31 lead at halftime. A permanent mechanical malfunction on one shot clock caused the delay. The game will resume in Boiling Springs, tentatively, on Monday, February 24 with current stats and fouls in place. pic.twitter.com/V9iBxPOVXN