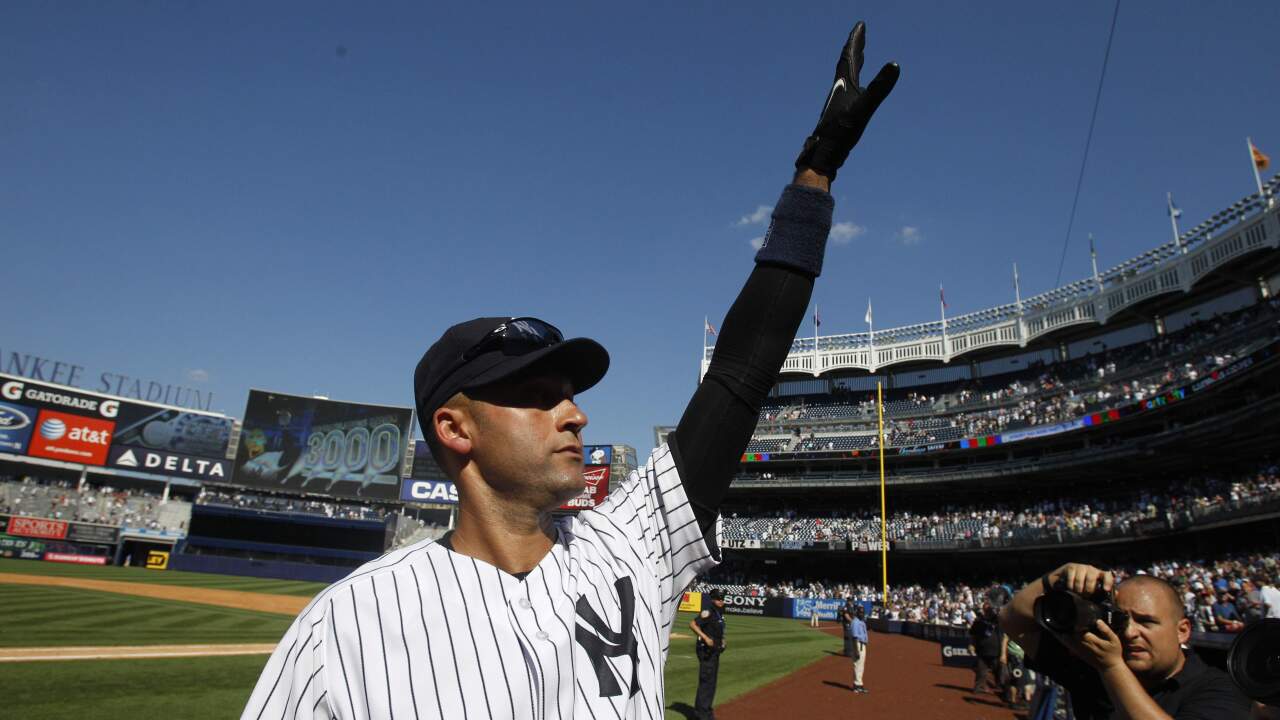 NEW YORK (AP) — When it comes to unanimous picks for baseball’s Hall of Fame, Derek Jeter quite appropriately has the chance to be No. 2.

Yankees closer Mariano Rivera became the first player to appear on every ballot when he swept 425 votes in last year’s election. Ken Griffey Jr. was three votes short perfection in 2016, breaking the mark of five shy that had been held since 1992 by Tom Seaver.

“Nobody wants to be branded or held accountable on social media if they’re not voting for an obvious selection,” Madden said Monday. “I could see people’s lives being threatened if they didn’t vote for Derek Jeter.”

Jeter was picked by all 210 voters tabulated through late Monday evening by Ryan Thibodaux’s Hall of Fame vote tracker, about half the expected ballots. A 14-time All-Star shortstop who hit .310, Jeter led New York to five World Series titles and captained the Yankees for his final 11 1/2 seasons. New York retired No. 2 in his honor, but Jeter has struggled for success in his post-playing days as CEO of the of the Miami Marlins.

Larry Walker, who hit 383 homers in a career boosted by nearly a decade of home games in the launching pad of Denver’s Coors Field, was at 175 (83.3%). Curt Schilling, a three-time World Series champion for Arizona and Boston, was next at 166 (79%). While Walker and Schilling were thus far above the 75% threshold needed for election, percentages usually decline among the non-public ballots.

Attitudes have changed since the initial Hall vote in 1936, when Ty Cobb was left off four ballots, Babe Ruth and Honus Wagner were omitted from 11, Christy Mathewson from 21 and Walter Johnson from 37.

Schilling is making his eighth appearance after going up from 51.2% to 60.9%. He dropped from 52.3% in 2016 to 45% the following year and claimed his support dropped because he publicly supported the election of Donald Trump for president.

Barry Bonds and Roger Clemens, both tainted by accusations of steroids use, also are on for their eighth time. Each received just over one-third of the vote in his first appearances in 2013 and both were at about 59% last year. Bonds was at 71.9% on this year’s vote-tracker and Clemens at 71%.

Manny Ramírez, suspended twice under Major League Baseball’s drug program, was at 31.4% on the vote-tracker. Sammy Sosa, another steroids-tainted star, was at 17.1%.

Bonds and Clemens could benefit next year, when the most prominent players eligible for the first time are Torii Hunter and Mark Buehrle.

The 2022 ballot will include David Ortiz and Alex Rodriguez, who served a season-long suspension in 2014 for violations of the drug program and baseball’s collective bargaining agreement. Joining the ballot in 2023 is newly tainted Carlos Beltrán, who quit as New York Mets manager last week after he was implicated in using electronics to steal signs with Houston in 2017, his final season as a player.

“It seems to me that as the older voters get lopped off the list because they haven’t covered a baseball game in decades,” Thorn said, “it makes the perceptions sharper so that younger voters are going to have attitudes that permit them to vote for Bonds or Clemens or Sosa or Schilling or any number of individuals with presumed black marks against their record.”

Players elected by the BBWAA will be inducted on July 26 at the Hall in Cooperstown, New York, along with catcher Ted Simmons and former players’ association head Marvin Miller, who were voted in last month by the Hall’s Modern Era Committee.