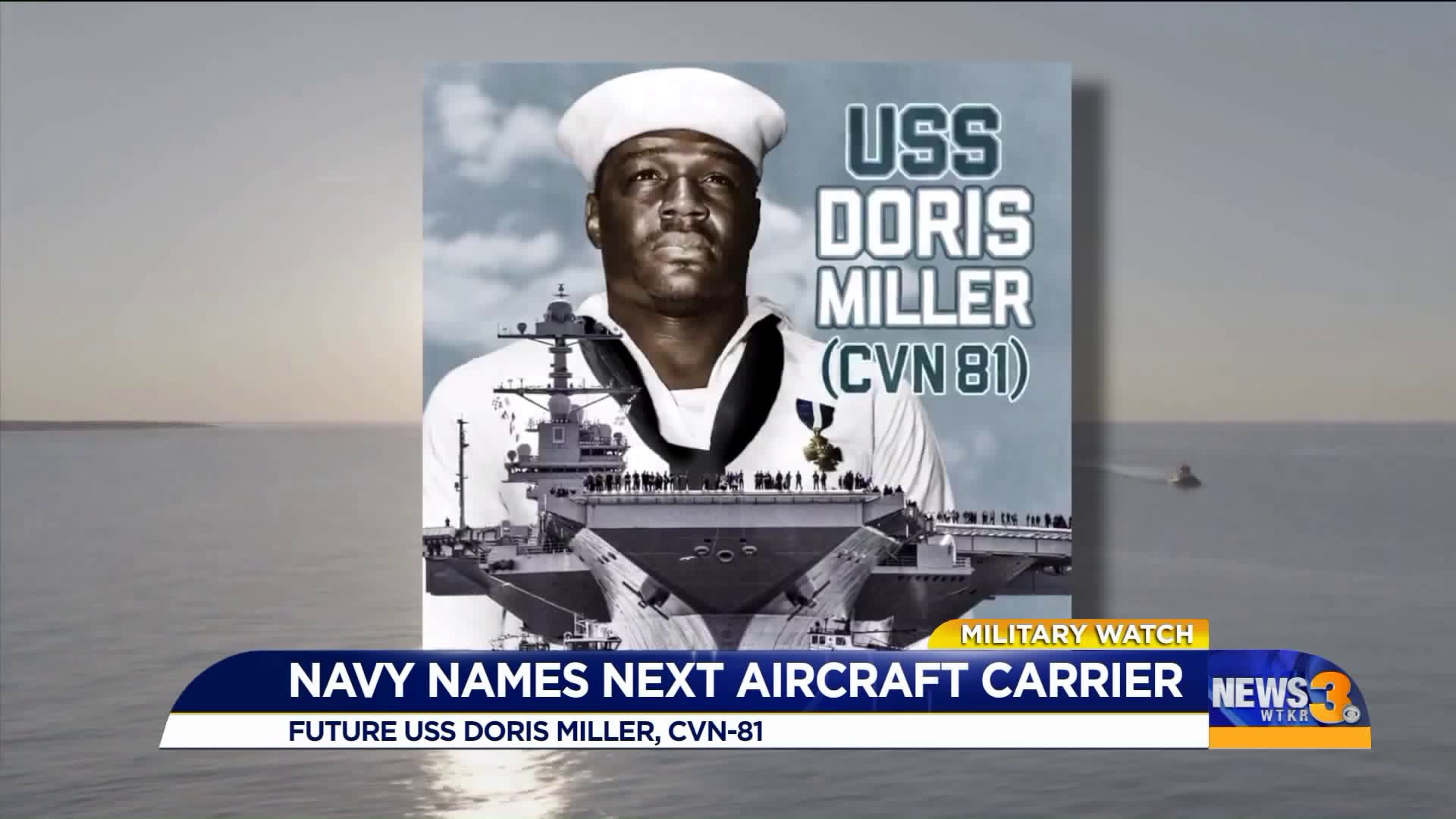 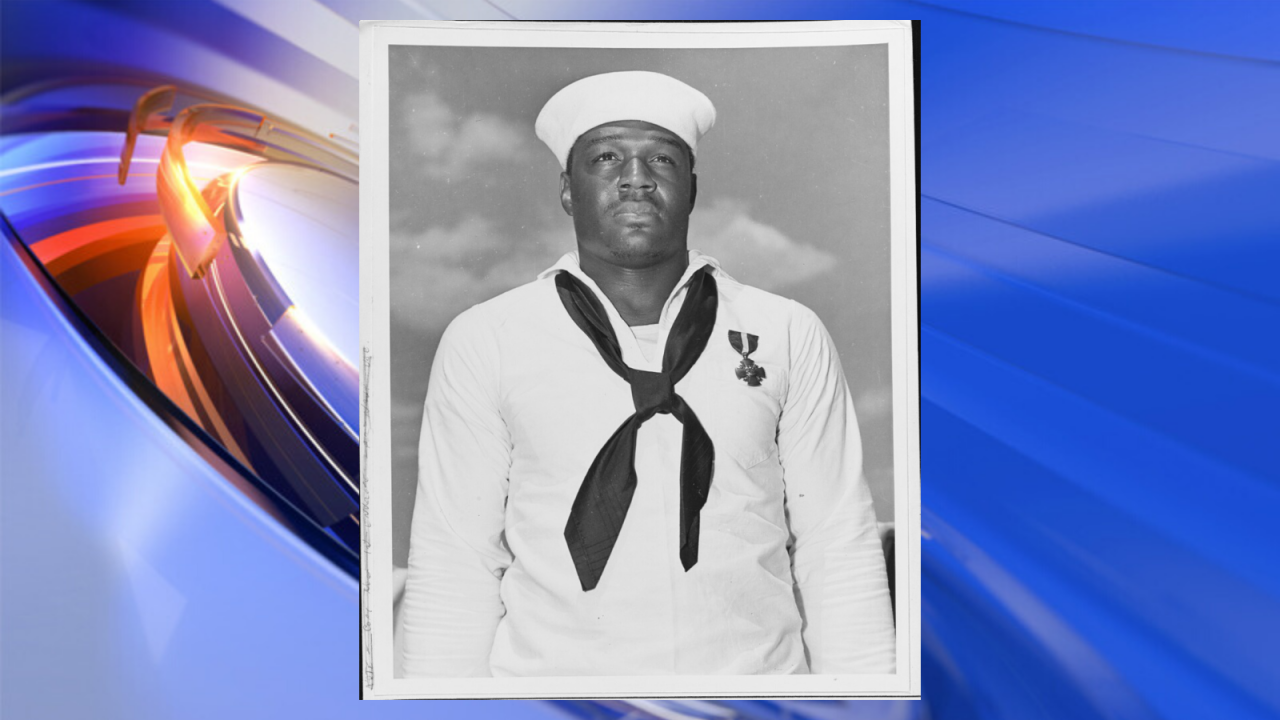 Just after being presented with the Navy Cross by Admiral Chester W. Nimitz, on board USS Enterprise (CV-6) at Pearl Harbor, 27 May 1942. The medal was awarded for heroism on board USS West Virginia (BB-48) during the Pearl Harbor Attack, 7 December 1941. Official U.S. Navy Photograph, now in the collections of the National Archives.

The announcement will be made at a Martin Luther King Jr. Day ceremony, according to the Navy.

Miller was the first African American to receive the Navy Cross for valor. He was recognized for manning a machine gun on the USS West Virginia and returning fire against Japanese planes during the Dec. 7, 1941, attack on Pearl Harbor.

Miller was collecting laundry on the battleship when the attack from Japanese forces commenced, the Navy said. He aided the ship's mortally wounded commanding officer and manned a .50 caliber Browning anti-aircraft machine gun until he ran out of ammunition, then helped injured sailors escape the damaged ship.

Miller died while serving on a ship that was torpedoed by a Japanese submarine in November 1943.

The carrier will be built at Newport News Shipbuilding, according to the Navy.

In a historic moment just in time for Martin Luther King Jr. Day, @SECNAV announces that the newest #USNavy aircraft carrier will be named USS Doris Miller #CVN81. Miller was the first African American to receive the Navy Cross.