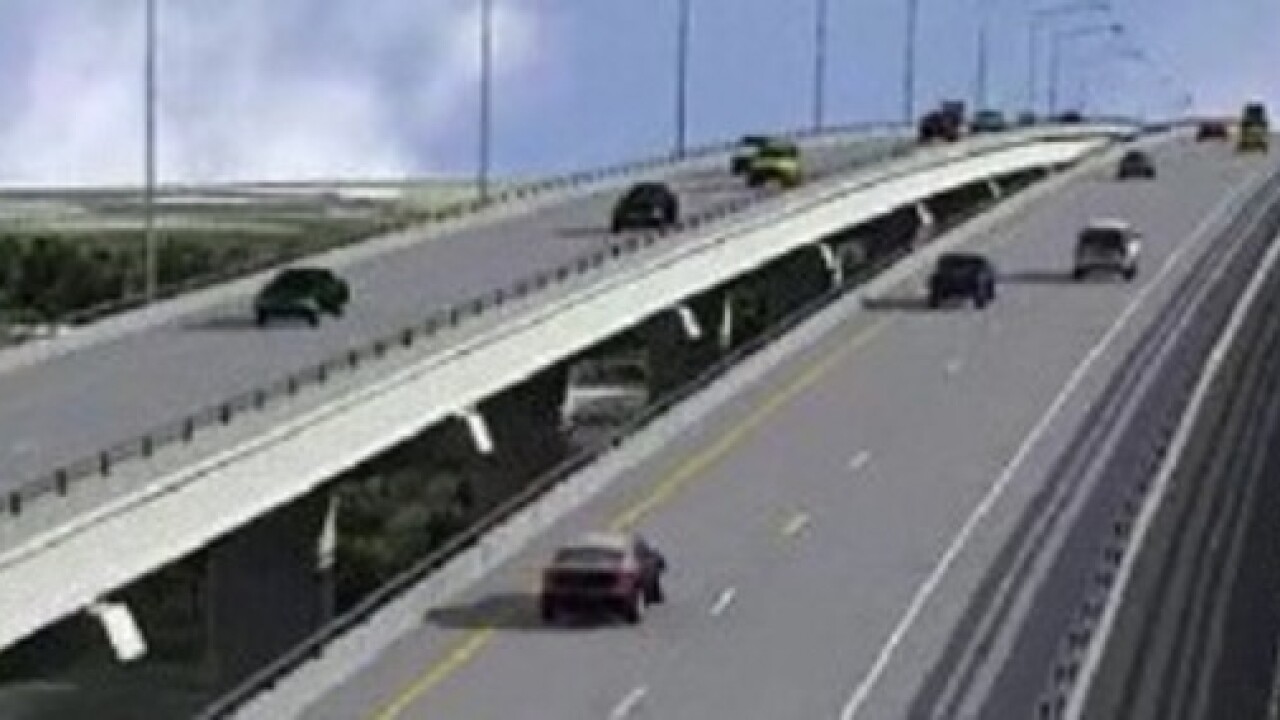 According to the Chesapeake Police Department, the call for the crash came in at 1:54 p.m. Officers were called to the north side of the bridge for the crash.

Members of the department’s CRASH team responded. and are in the early stages of investigating the crash. There is no information on the extent of the victims’ injuries or the circumstances leading up to the crash.

Traffic is being re-routed at the Dominion Boulevard exit, according to police.