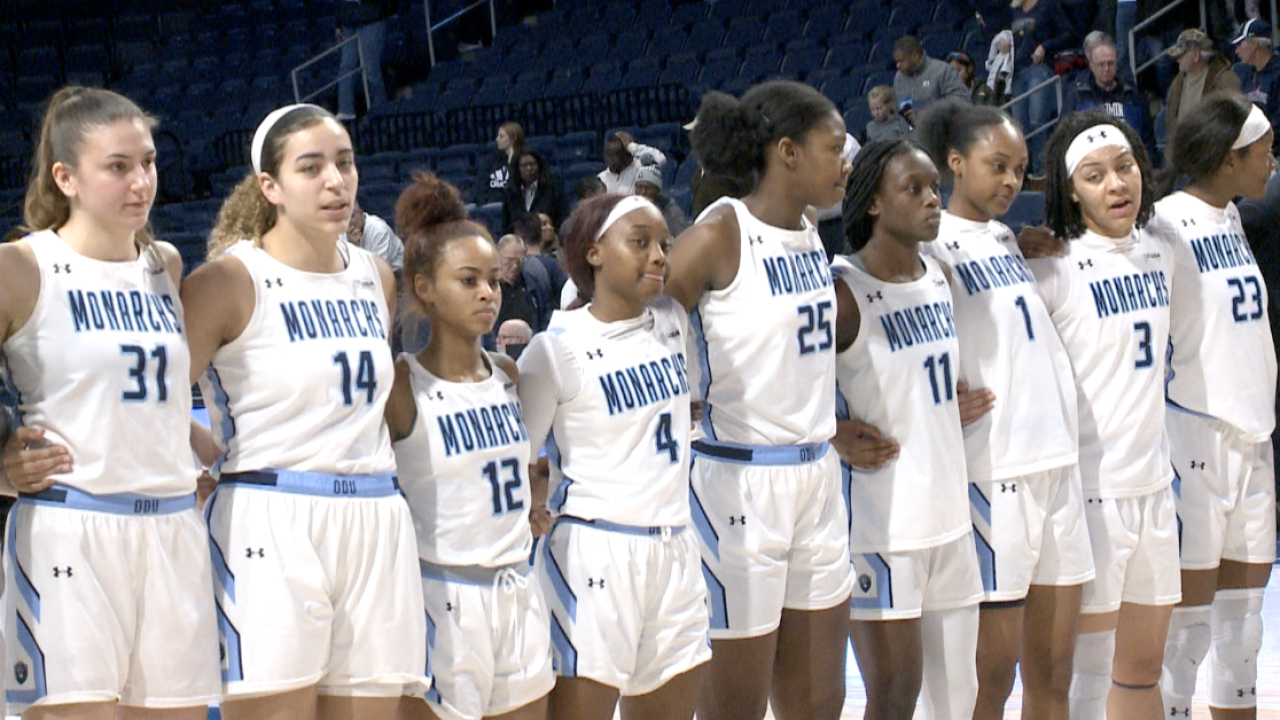 “It was really good to walk out and see the stands filled. We don’t win this game down the stretch without them,” said head coach Nikki McCray. “I’m just so thankful that fans are starting to notice and come out. We just have to continue to do our part. Again, we’re not where we want to be but we’re continuing to get better.”

The Monarchs got off to a hot start, taking a six-point lead over Marshall after 10 minutes of play. ODU shot 50 percent the first quarter, its best quarter from the field all afternoon. The Monarchs picked up the pace in the second quarter, scoring 19 points, led by Amari Young and Aziah Hudson with six points, respectively. ODU went in to the break with a 36-24 lead over the Thundering Herd.

Momentum switched after returning from the locker rooms. The Thundering Herd outscored ODU, 14-2, which was highlighted by its 14-0 scoring run to tie the ball game after the third quarter. A Taylor Edwards layup in the first minute of play in the second half was the only field goal the Monarchs scored the whole third quarter. Nine of Marshall’s 14 third quarter points were scored off Monarch turnovers. The two C-USA teams headed into the final period knotted, 38-38. Marshall opened that final 10 minutes of play with a layup to take the lead. ODU responded with a 13-0 scoring run, which ended with 4:25 left in regulation. Scoring then continued to switch back and forth, with ODU finishing on top with 19 fourth quarter points to the Herds single digit eight points. Wayne earned seven boards and scored nine points in that 10 minute time frame.

“I thought we had a good start. Then we hit a patch where that third quarter we turned the ball over seven times. That’s where they scored, and we didn’t have any momentum. Taylor (Edwards) was in foul trouble a majority of the game. She dictates pace for us and when she’s not on the floor that hurts us because of her ability to push tempo.”

Up Next
The Monarchs travel to the Sunshine State to take on FIU on Thursday, Jan. 23 and FAU on Saturday, Jan. 25.