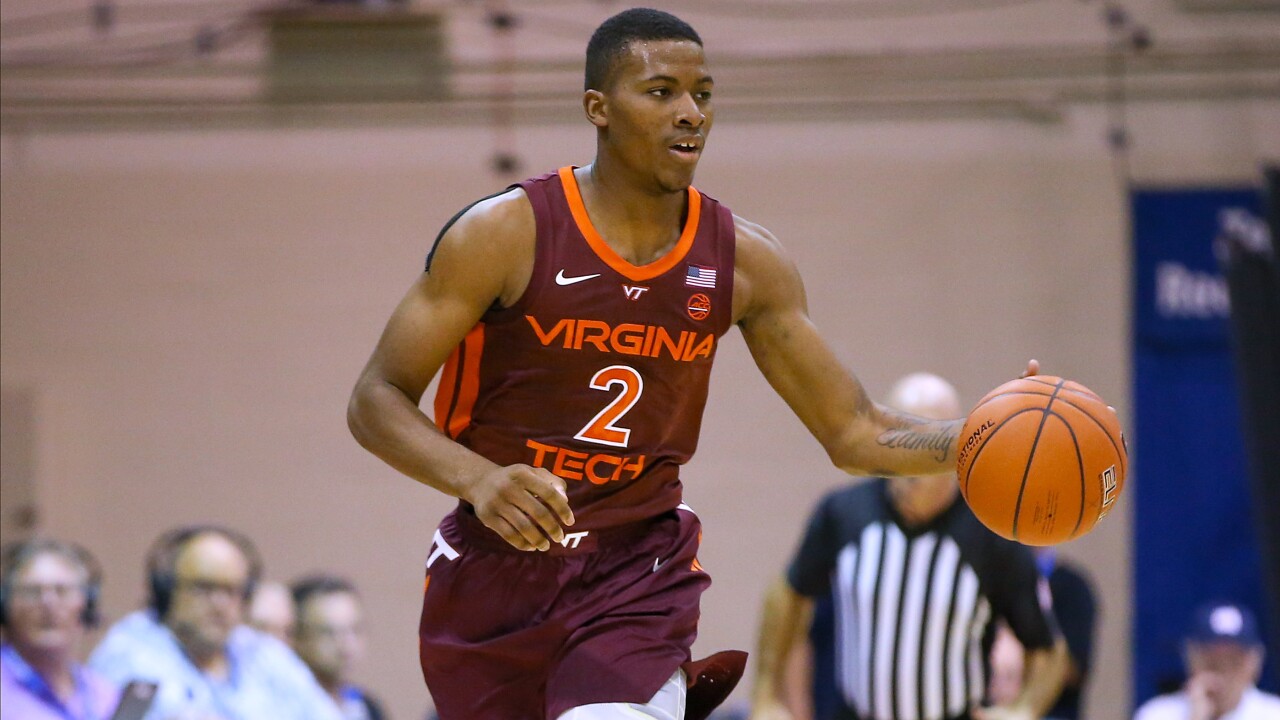 BLACKSBURG (HokieSports.com) – Nahiem Alleyne broke out of a recent slump with 17 points, but it wasn’t enough, as Virginia Tech fell 71-69 to Syracuse in an ACC game played Saturday afternoon at Carilion Clinic Court.

Tech trailed 36-28 at halftime and trailed the entire second half. The Hokies closed the gap to 70-69 when point guard Wabissa Bede scored on a layup and was fouled with 40.3 seconds remaining. Bede, though, missed the free throw, leaving the Hokies trailing by a point.

Syracuse’s Elijah Hughes shot an air ball on the Orange’s ensuing possession, giving the Hokies an opportunity to win. Coming out of a timeout, Landers Nolley II missed badly on a 3-pointer from the top of the key, and Tech fouled Marek Dolezaj with a second left. Dolezaj made 1 of 2 from the free-throw line and a fullcourt heave by the Hokies came up short, giving Syracuse the victory.

Syracuse grabbed its final lead thanks to a 17-1 run midway through the first half. The run started with a 3-pointer by Buddy Boeheim with 9:46 left in the first half and ended with a jumper by Marek Dolezaj with 4:05 to go. Dolezaj’s basket gave the Orange a 36-20 lead – their biggest of the half. The Hokies, who shot just 33.3 percent in the first 20 minutes, stayed in the game by scoring the half’s final eight points.

Boeheim paced Syracuse with a game-high 26 points, while Hughes added 17. Syracuse shot 48.3 percent from the floor.

Alleyne hit 6 of 7 from the floor, including five 3-pointers, to pace the Hokies, who shot 42.4 percent. Jalen Cone added 14 points, hitting four 3’s in the process. Tech made 15 3-pointers.

QUOTES TO NOTE
Virginia Tech head coach Mike Young
(On what he drew up on the final play)
“Exactly what we got. Didn’t you like it? Looked good, didn’t it? (joking). That wasn’t what we drew up, but he [Nolley] was going to be a part of it. We made the wrong play. That is on Mike Young. That is not on my team. We’ll handle that better, and the next time, or 10 times that we’re in that situation, he’ll be a part of that action that didn’t work out for us. Again, I take all the responsibility for that. I’ve got to do a little better job of putting them in place.”

(On what he was looking for then)
“I’d really like to put the thing in the high post, which is an uncomfortable spot for them [Syracuse]. We got some mileage out of that in the first half. We didn’t have to have a 3. We could hit P.J. [Horne] in the short corner. We could get something to him at the basket, which we did when we cut it to one with under a minute maybe? But that’s not a real comfortable position either because playing against the zone most times it takes you 14, 15, 16 seconds to get it moved to where you can get to it [the shot]. We didn’t handle it very well. I’ve got to do better.”

(On his team’s defense)
“It’s going to be hard to win when you allow an opponent to shoot 48 percent from the field on you. When we are 40, 39, 38, we’re really hard to beat. We had as many scouting report mistakes as we’ve had all year, and that is not being critical of my men. I’m not. It’s just the game. We’re flying out on Quincy Guerrier, who is a really good player, but he’s not going to make a shot from 3, and we’re flying at him like he’s Ray Allen. He gets to the rim and we foul him. We lose Boeheim, and we help off of Boeheim. We’re not going to do that. We didn’t do that in game 1, and it worked out pretty well for us. The only explanation is it’s the game, and mistakes are made. Syracuse played a little better than the Hokies today and won.”

UP NEXT
The Hokies return to the court Wednesday when they take on North Carolina at Carilion Clinic Court. The tipoff is slated for 8 p.m.