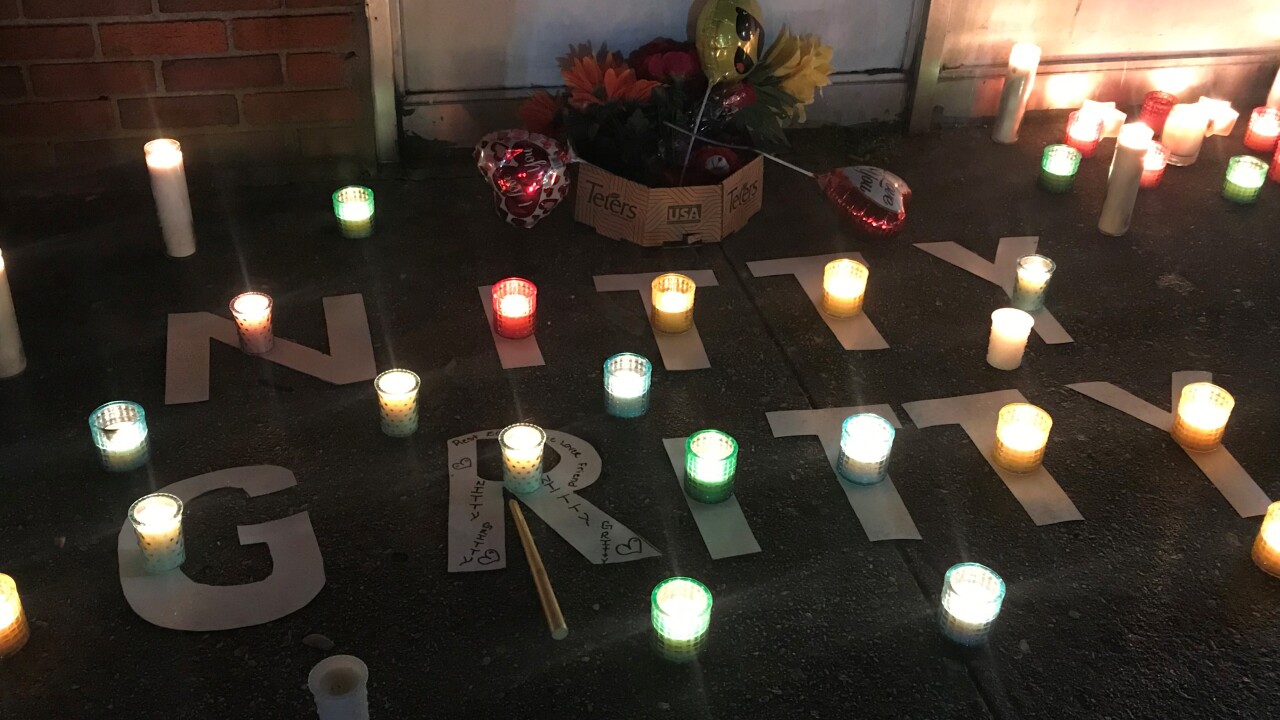 HAMPTON, Va. -- Friends and co-workers of 35-year-old Terence Williams gathered outside of Biggs Barber Shop in Hampton where they lit candles and consoled one another, Saturday night. Williams worked as a barber in the shop and was shot and killed Friday evening, according to Hampton Police.

This was all part of a vigil for him, who also went by the nickname, "Nitty Gritty." Those who knew him said he was all smiles and all about helping out others who needed him.

"It's been happy days with him all the time," Ronald James, a friend and co-worker, said. "He'll crack a joke and still be on that joke. It was like Saturday Night Live."

Sadly, people walking into the barber shop will not get to hear those jokes or see William's happy demeanor after Friday's events.

Another friend and the owner of the barbershop, Shawn Wardlaw, said Williams "didn't deserve it."

Wardlaw said Williams worked there for almost four years. He was not just a barber but also a musician.

James worked with him throughout that time. He recalled what happened Friday night.

Police said Williams died on the scene. Wardlaw said Williams stepped out to get food and then 15 seconds, that was when he heard the shots.

"My first reaction was to go over there and see what I need to be doing for him," James said. "What I did was give him CPR. I was there for a good while."

A day after, his work station was untouched. Wardlaw said it will soon be an homage to his legacy - with some his favorite quotes,

"We're going to keep it empty, put a little vigil on there, a little memory for him," Wardlaw said.

The shop will also play his music to keep his memory alive.

"It's a dark day for right now but it's going to be alright pretty soon hopefully," James said.

Hampton Police said they are investigating this as a homicide and are encouraging anyone with information that could help in this investigation to call 1-888-LOCK-U-UP.

News 3 was told Williams held special events for children. They will continue those events in his honor. One of those is an Easter egg hunt and a father-daughter dance on Father's Day.