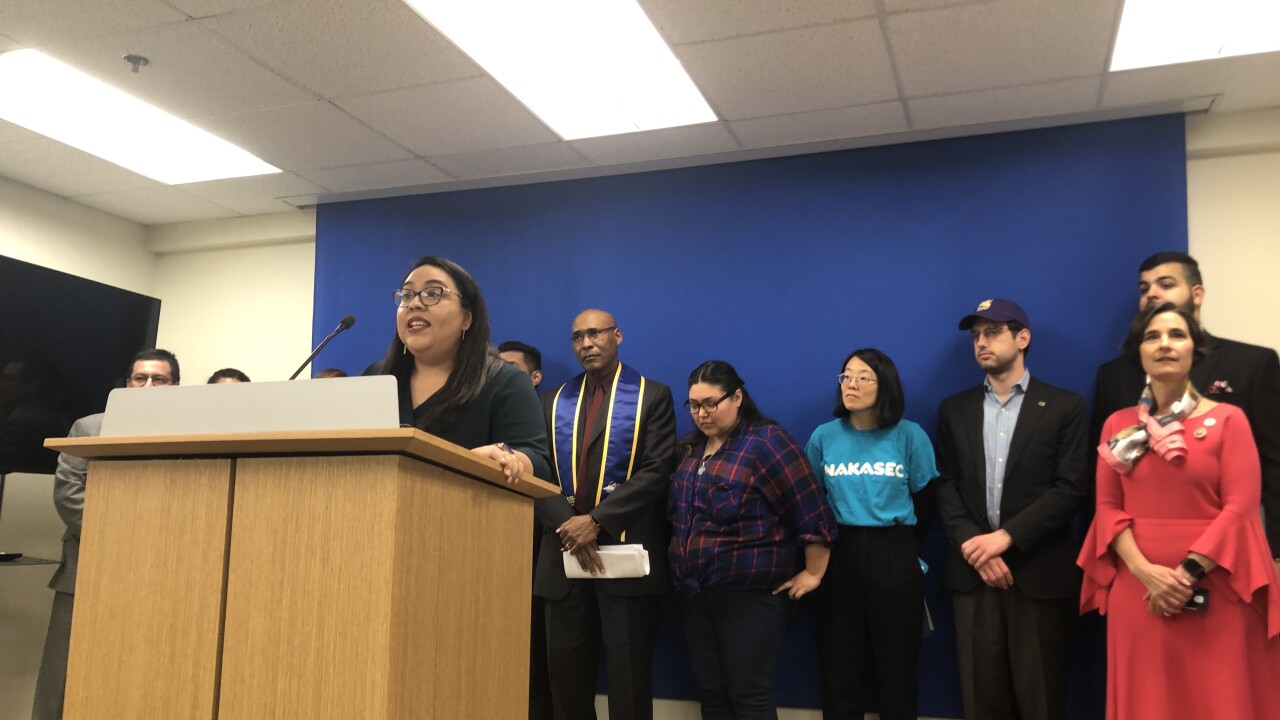 The Virginia Coalition for Immigrant Rights met Wednesday to push for two bills; one to allow undocumented immigrants to obtain a driver’s license and the other to make undocumented students eligible for in-state tuition. Such legislation has died in previous years.

Sens. Jennifer Boysko, D-Fairfax, is a co-sponsor for Senate Bill 643, which removes citizenship and other legal requirements for obtaining a state driver’s license. The driver’s license would not provide legal status to the recipient but would prevent a person from being arrested for driving without a license, which could lead to deportation.

“This is an issue that is an economic justice issue, it allows people to be the best that they can be and we are going to be fighting hard throughout this session,” Boysko said.

Driver’s licenses can be required to obtain certain resources such as credit cards and car insurance. Currently, 13 states, the District of Columbia and Puerto Rico provide driver’s licenses for undocumented immigrants.

The coalition believes providing driver’s licenses to undocumented immigrants will make roads safer because drivers will be educated, trained and tested. The three states that adopted these measures the earliest experienced a 30% decrease in traffic fatalities, compared to a nationwide 20 percent drop, according to The Commonwealth Institute for Fiscal Analysis, which studies issues affecting low-income residents.

The institute estimated that between 124,500 and 160,800 drivers would seek Virginia licenses within the first two years if immigration status was not a factor.

“One of our main priorities this year is driver’s licenses for all,” said Margie Del Castillo, of the Latina Institute for Reproductive Health in Virginia, who led the press event. “People cannot access anything without a driver’s license, they can’t go access the care that they need at the doctor, they can’t take their kids to school. All of that becomes impossible without having an actual license.”

Boysko and Sen. Ghazala Hashmi, D-Richmond, introduced a bill that would allow in-state tuition for undocumented students who reside in Virginia. According to Senate Bill 935, the students must graduate from a public or private high school or home school program in the commonwealth and attend that school for at least a year.

Under current law, undocumented students are not elligible for in-state tuition unless they are Deferred Action for Childhood Arrivals, or DACA, recipients. The coalition said students are not asking for special treatment but rather asking for the same privileges as their peers.

DACA was introduced in 2012. While the program does not ensure a pathway to citizenship, it allows undocumented immigrants who entered the U.S. as children to work and go to school for two years.

Jorge Figueredo, executive director of Edu-Futuro, a Northern Virginia-based nonprofit organization that seeks to empower immigrant youth and their families, spoke at the conference to advocate for in-state tuition for undocumented immigrants.

Figueredo said that some students go through school not knowing they are undocumented. They find out once they start applying to college and this is when it becomes an issue for them and their families.

Both bills are currently in committees. Last session after bills to establish driving privileges for immigrants died, the Virginia Coalition for Immigrant Rights promised to work to elect officials who could help their community. Advocates plan to continue lobbying efforts and said they have a message for the General Assembly: “Licencias sí, promesas no,” or “licenses yes, promises no.”