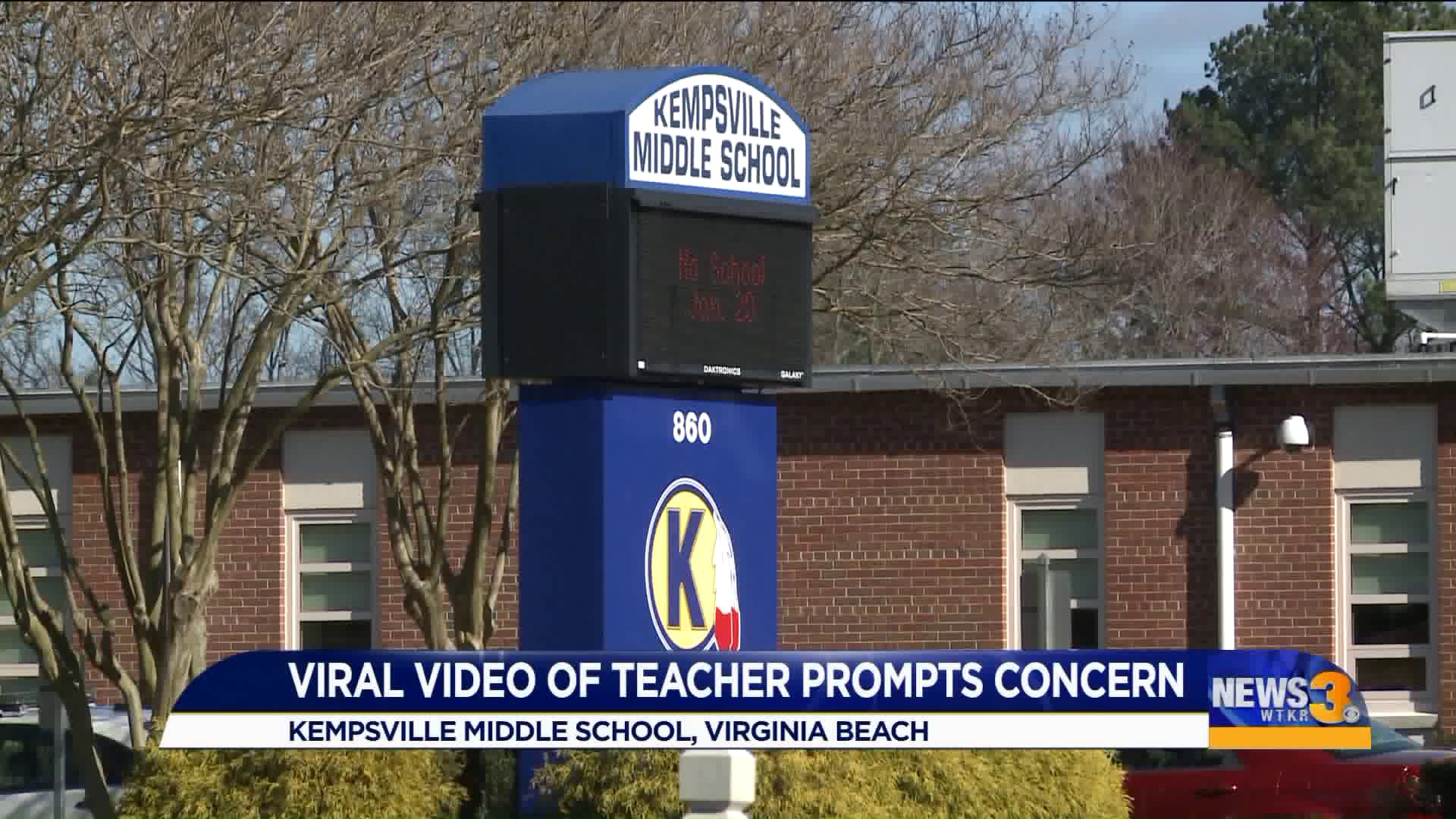 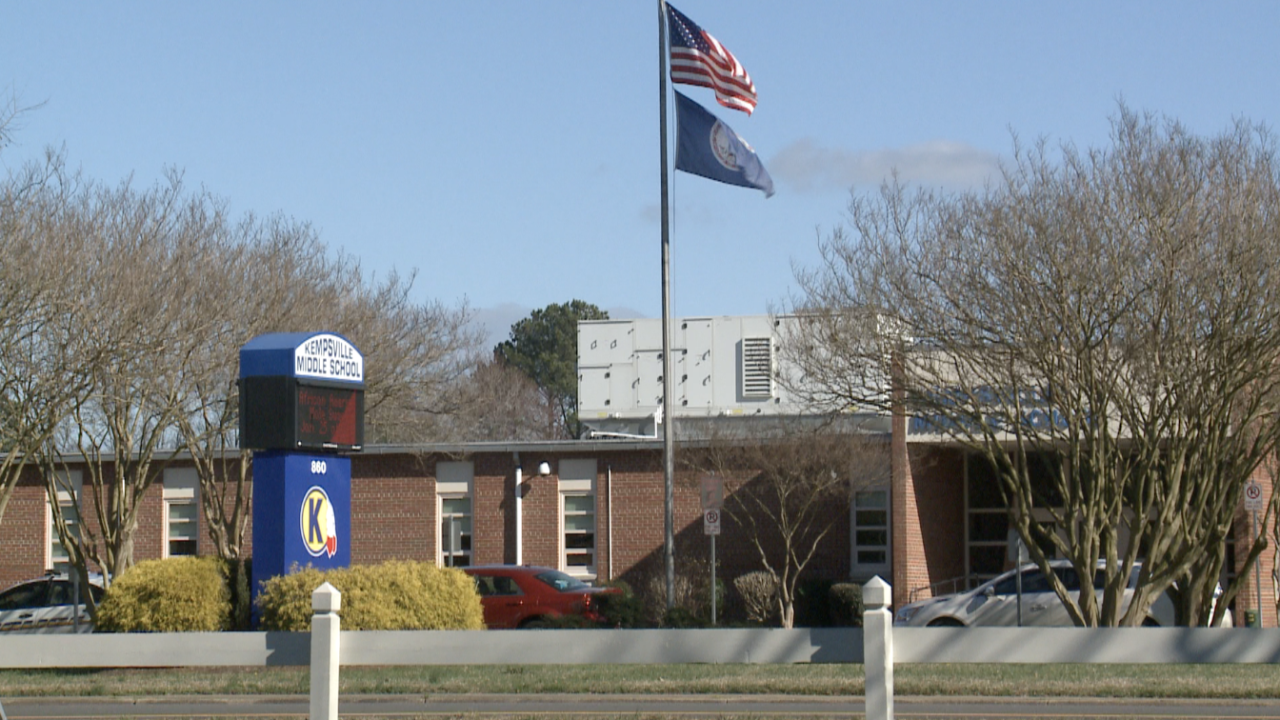 VIRGINIA BEACH, Va.— Virginia Beach City Public Schools removed a teacher from the classroom pending an investigation after a disturbing video was brought to their attention.

Video of a teacher screaming at a Kempsville Middle School student sparked outrage online, and now the school district says it is investigating the incident.

Andrew Holloway says he is a former student at the middle school and he always admired the teacher.

“He was a great teacher,” says Holloway.

He adds that the teacher was stern.

“He, um, liked to enforce the rules.”

Video of the 8th grade civics teacher shows the man face to face with the student, yelling at the boy to shut his mouth. At one point, the teacher says he will run the student into the ground.

“I think there should be a repercussion, but I don’t think he deserves to lose his job or maybe more than that,” says Holloway.

Holloway says he was very surprised to see his beloved teacher in the video that’s received lots of backlash online.

“I loved him. I think he was a great teacher; I always wish I had him as a teacher.”

The social media post circulating on Facebook has around 200 shares, with many people saying they are angry and upset.

“We will not tolerate behaviors that do not align with our division’s core values, and we regret that these children had to experience and witness this conduct from an educator.”

Now, Holloway fears this teacher’s career may be over too soon.

“I don’t think he deserves that. I think he’s a very good teacher and just this one time he made a little bit of a mistake.”