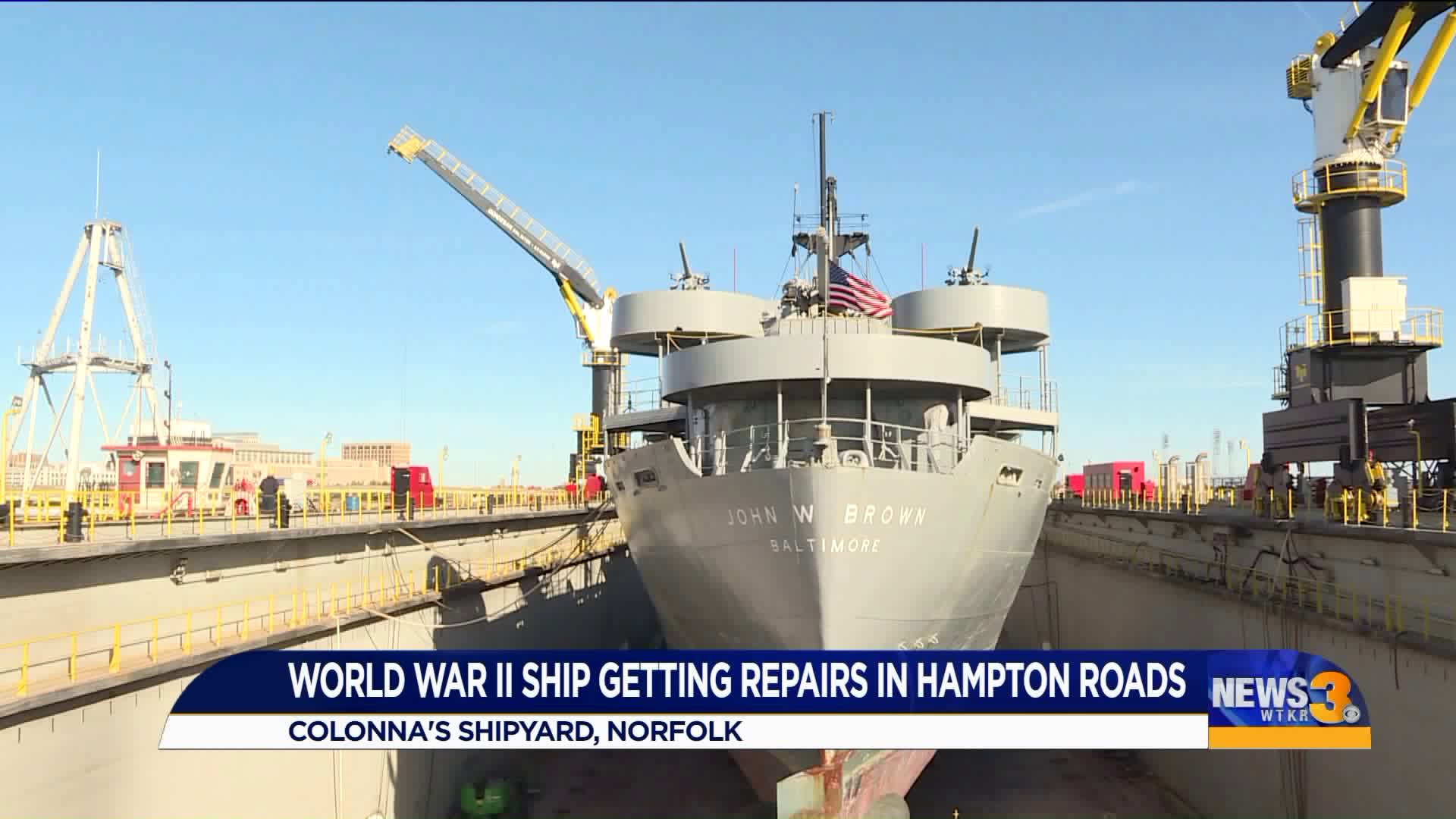 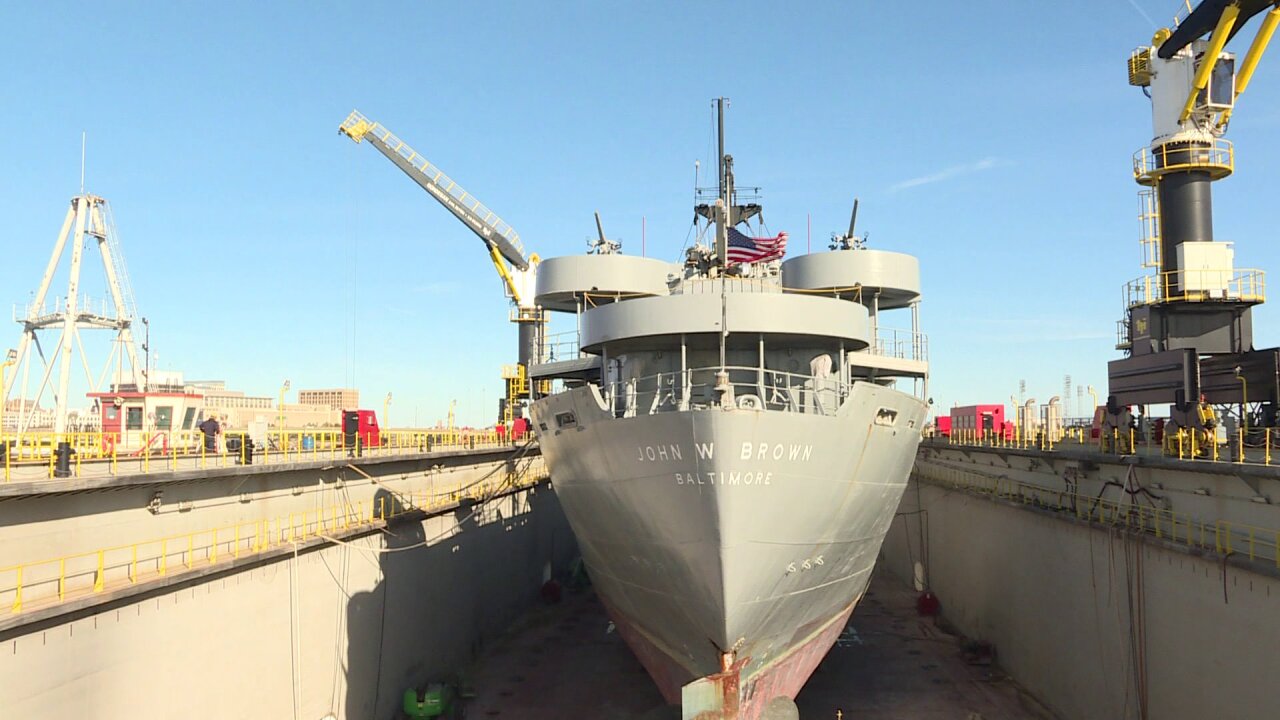 NORFOLK, Va. - Aboard the SS John Brown, there's years of history. From the officer's saloon to the wheelhouse, the ship looks basically like it did during World War II.

It's currently in dry dock at Colonna's Shipyard to get repairs needed to keep the 78-year-old ship operational.

"It's the best kept secret. Once people get on board, they're hooked instantly," said George Cornelius, the ship's chief engineer. He and a crew of volunteers drove the ship from Baltimore to Norfolk earlier this month.

"[It's] history and a testament to when things have to be done, it's got to be done," he said. "These ships were built as quickly as possible."

The John Brown is one of two Liberty Ships still operational following World War II. The ships were built as quickly as possible during the war and used for transporting cargo. "It's a testament to the American people. We can get it done."

The ship now goes out on cruises in the Chesapeake Bay around Baltimore and is utilized for its history. "These Liberty Ships were made for one trip. If they made one trip, it made their worth. It paid their cost. We've kept this one around for 78 years, still floating the original equipment and we'd like to keep it around as long as possible," said Cornelius.

The ship will be in Norfolk for about a month.