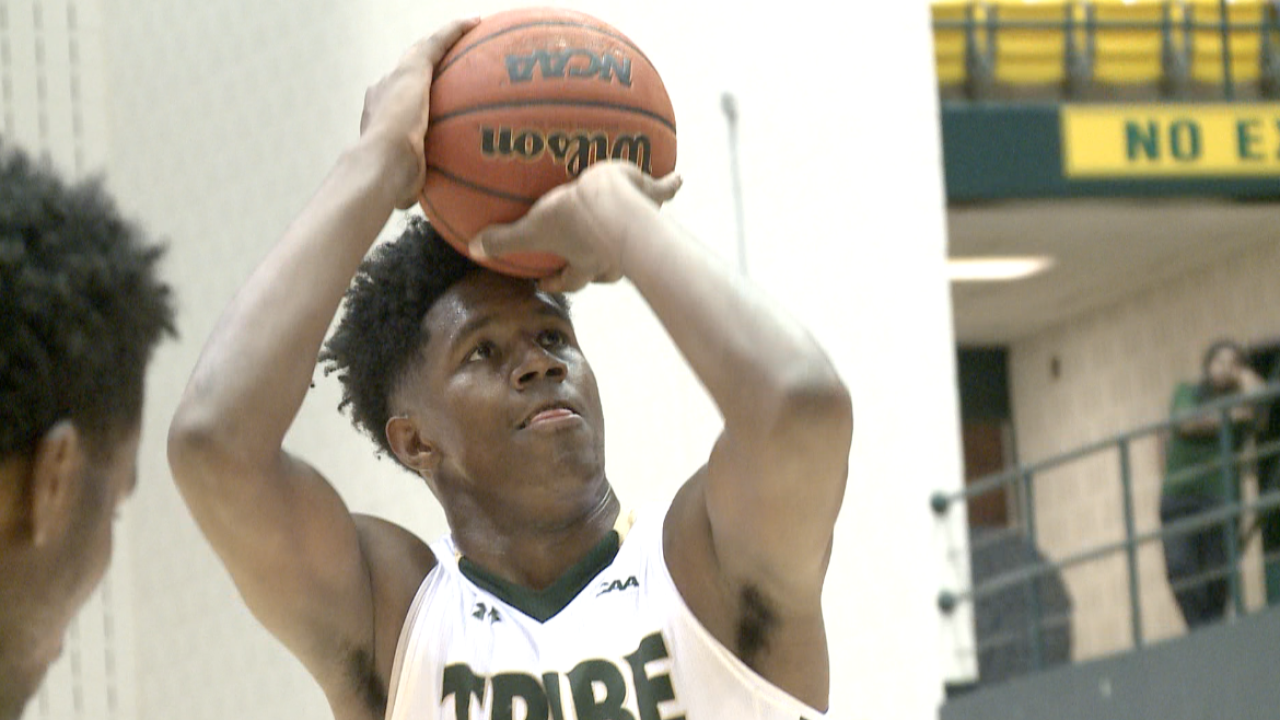 NEWARK, Del. – With Thursday night’s 77-68 win over the University of Delaware, William & Mary men’s basketball improved to 6-0 in CAA play for just the second time ever and first since 1982-83 when it went 9-0 in the ECAC South.

The Tribe was led by Nathan Knight, who recorded his fifth-straight double-double and his nation-leading 15th. He led all scorers with 25 points and added 14 rebounds.

“Nate’s one of the most versatile players in all of college basketball,” Tribe head coach Dane Fischer said after Saturday’s win over Charleston. “To have a guy at his size that can dominate around the basket like he can is one thing, but then to have the ability to step out and shoot from three, handle the ball like he can, pass and set up his teammates, that’s a whole different thing.

“He’s done such a good job with his leadership this year and he’s really setting the tone for this team. He’s certainly the guy that we’re gonna play through quite a bit here as we continue to move forward.”

Right behind Britt on the stat sheet was freshman Miguel Ayesa, who scored a career-high 14 points, all in the first half. He was a perfect 4-of-4 from 3-point range for the second time in his career, tying a school-record of multiple games of four made 3-pointers without a miss.

Next up for the William & Mary is an away game against the Drexel Dragons at 2 p.m. on Saturday.

“Nate’s one of the most versatile players in all of college basketball" pic.twitter.com/ka74c5fF7A