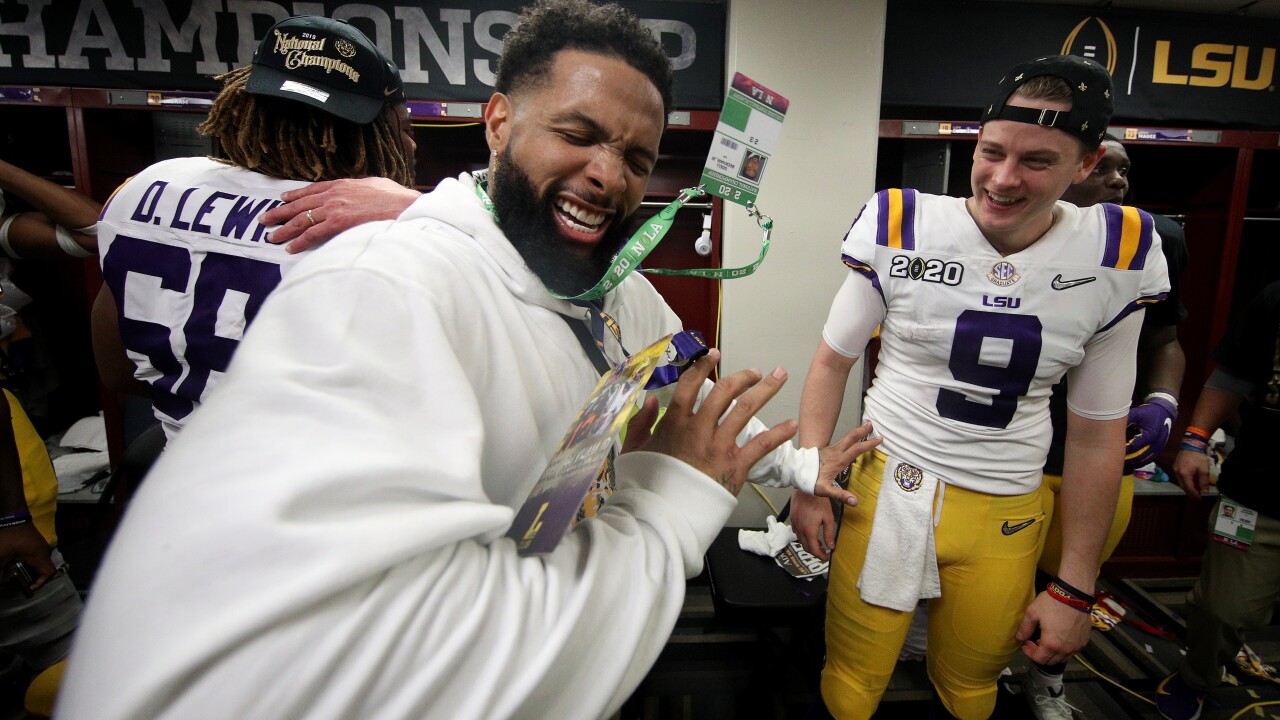 LSU athletics spokesman Michael Bonnette said initial information suggested that Beckham handed out “novelty bills” to players after the top-ranked Tigers defeated Clemson on Monday night. However, further investigation showed that Beckham may have given away real money, Bonnette said.

Beckham starred for LSU from 2011 to 2013 and was a first-round draft pick by the New York Giants. He was traded to Cleveland before last season.

Videos posted on social media showed Beckham placing money in the hand of LSU receiver Justin Jefferson and celebrating with players in LSU’s locker room in the Superdome.

Jefferson, who just completed his junior season, is eligible to turn pro and enter this spring’s NFL draft.

LSU graduate transfer quarterback Joe Burrow, who has exhausted his college eligibility and is expected to be a top NFL draft choice this year, said on a Barstool Sports podcast that it appeared to him Beckham was handing out actual cash.

The NCAA does not allow players to receive cash benefits while playing college football. Those rules are designed to prevent institutions from luring talent through the promise of direct or indirect payments.