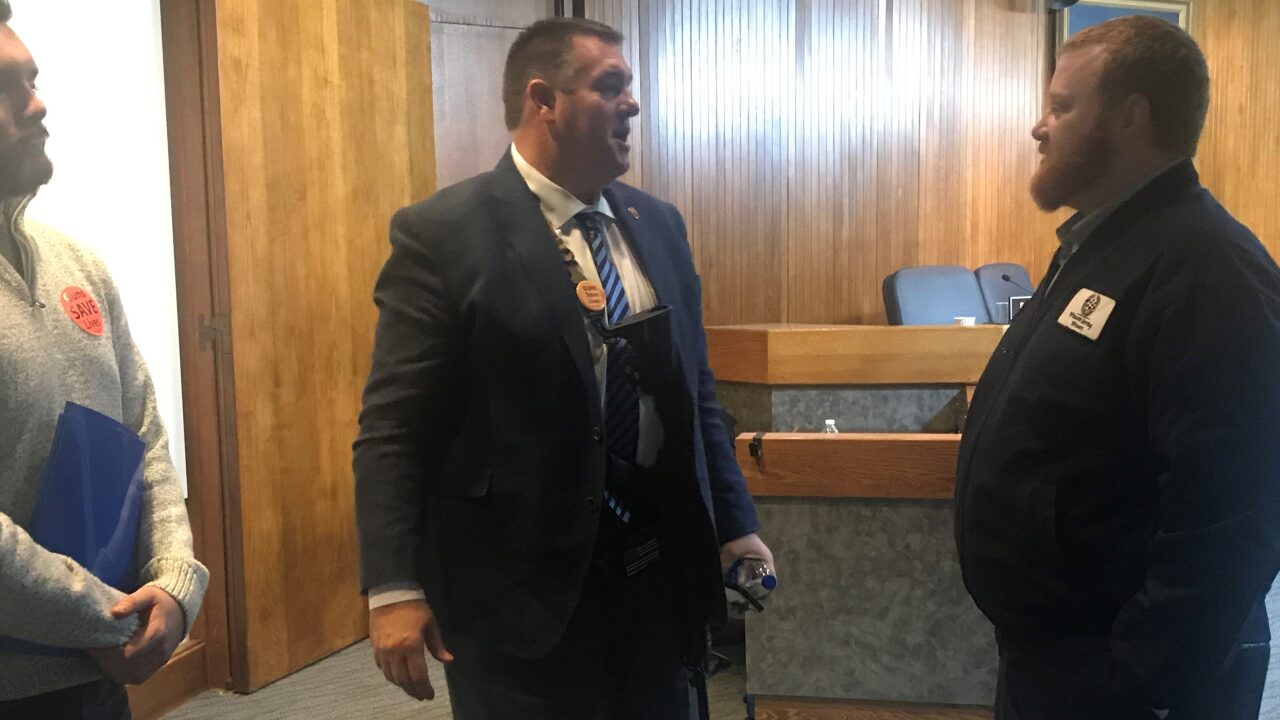 The father of a school shooting victim is calling for the resignation of a Portsmouth city council member who strapped an assault weapon to his chest during a vote to name the city a Second Amendment “constitutional” city.

Portsmouth Councilman Nathan Clark openly carried the rifle around his body during a council meeting over the highly-contentious gun rights debate, where the city voted 4-3 in favor of the resolution.

Clark told News 3 the gun was loaded and he has training on weapons like like this. He said he made that clear during the meeting.

Fred Guttenberg’s daughter was one of 17 people killed at Florida’s Marjory Stoneman Douglas High School in 2018.  He told the Associated Press Clark’s actions were “intended to intimidate,” and that his daughter was killed with a similar AR-15 weapon.

Clark defended his actions during Tuesday’s vote, saying he was “standing up for what is right.”