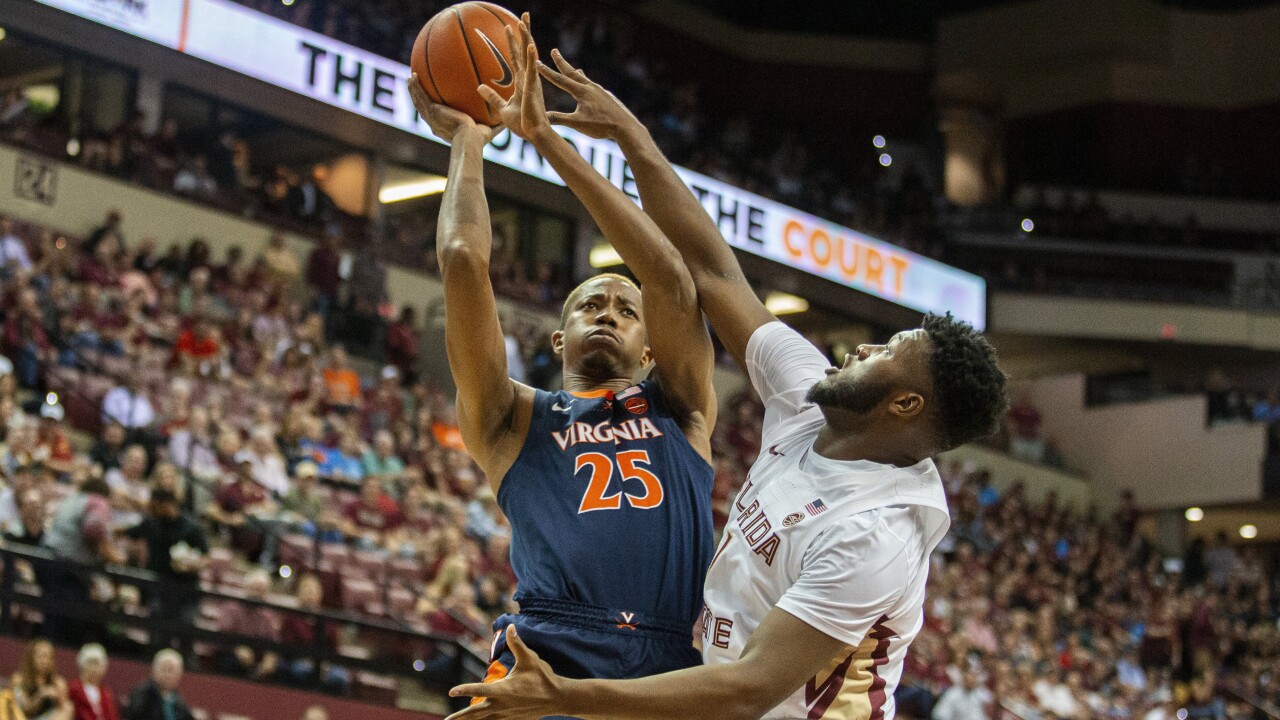 Virginia shot 46 percent from the field, while holding Florida State to 37 percent. The Seminoles were 36 percent from beyond the arc. FSU won the battle on the boards, 31-29. UVA led in points in the paint (30-14). Devin Vassell led FSU with 18 points and Anthony Polite had 14 points.

HOW IT HAPPENED
Florida State opened the game with a three-pointer, then jumped out to an 11-2 advantage. Virginia countered with a 12-1 run to take a 14-12 lead at the 9:31 mark in the first half. It remained close until an 11-0 run for Florida State sent UVA into the half down 31-24.

The Cavaliers scored first out of the break and took a 37-35 lead after a 13-4 run to open the second half. Florida State was back in front when Woldetensae hit his second three of the night to spark an 8-0 run to give UVA a 47-44 lead with 3:11 to play. UVA hit just one more shot as Florida State closed the game on a 10-3 run.

UP NEXT
Virginia remains on the road in ACC play, traveling to Atlanta to face Georgia Tech on Saturday, Jan. 18 at 8 p.m. The game will be broadcast on ACC Network.