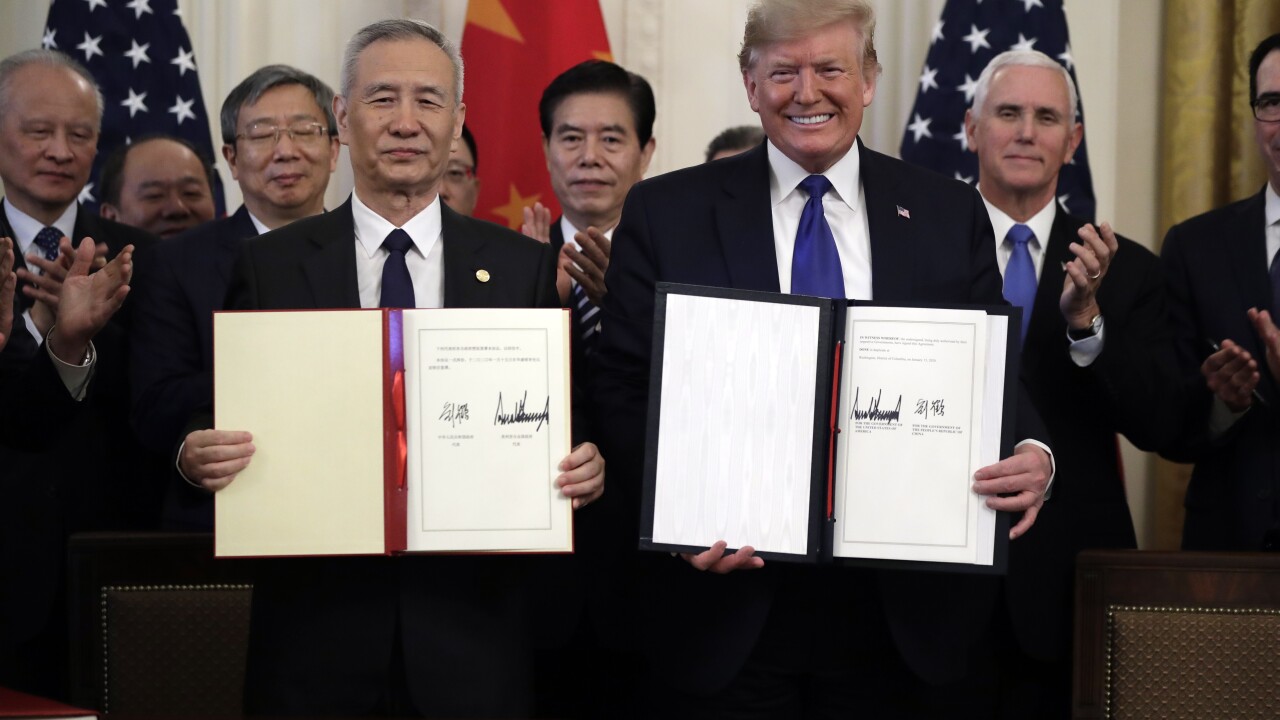 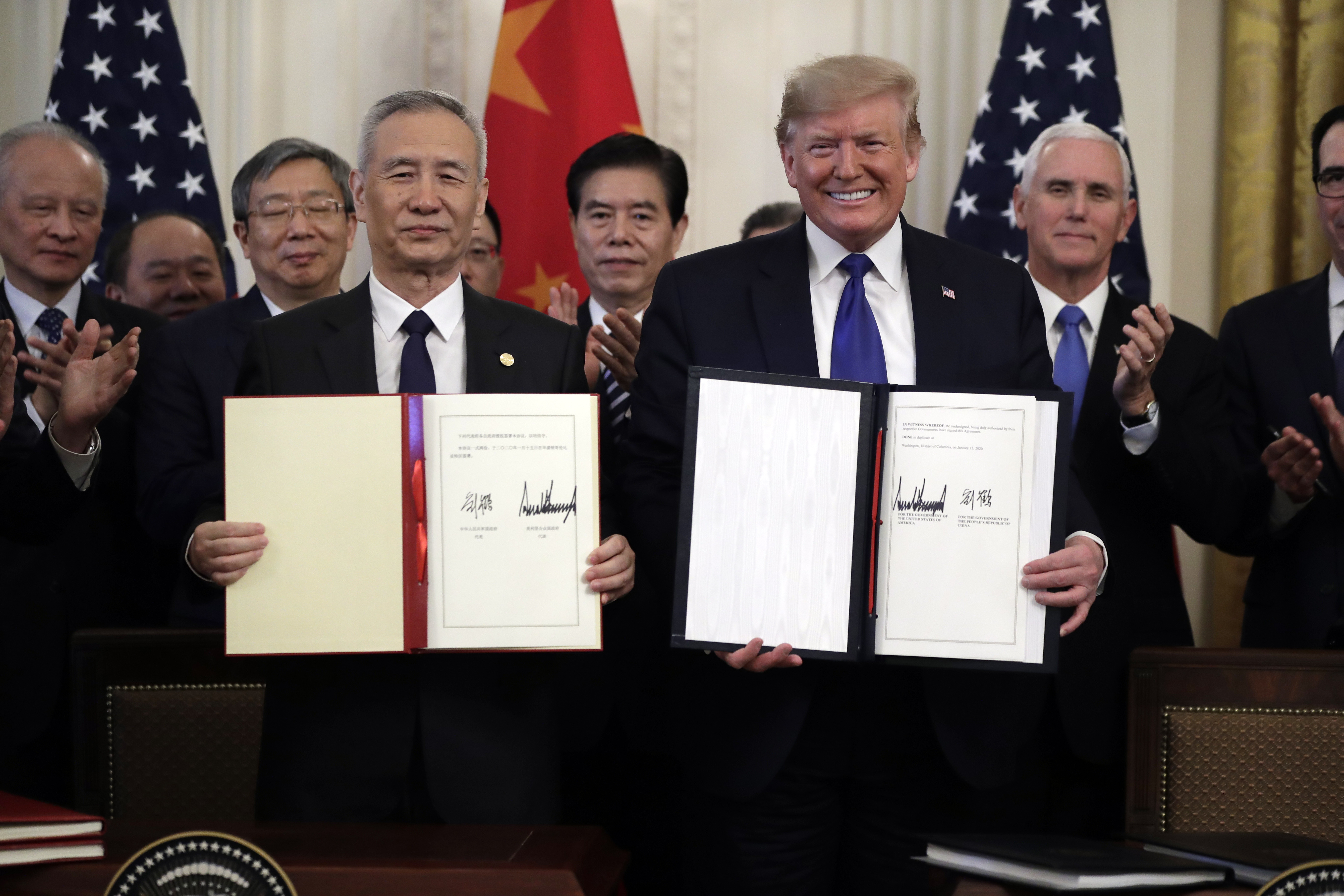 Trump said during a White House ceremony that the the agreement is “righting the wrongs of the past.”

Trump promoted the signing as a way of delivering economic justice for American workers.

The White House ceremony is giving the president a chance to cite progress on a top economic priority on the same day that the House prepares to vote to send articles of impeachment to the Senate for a trial.