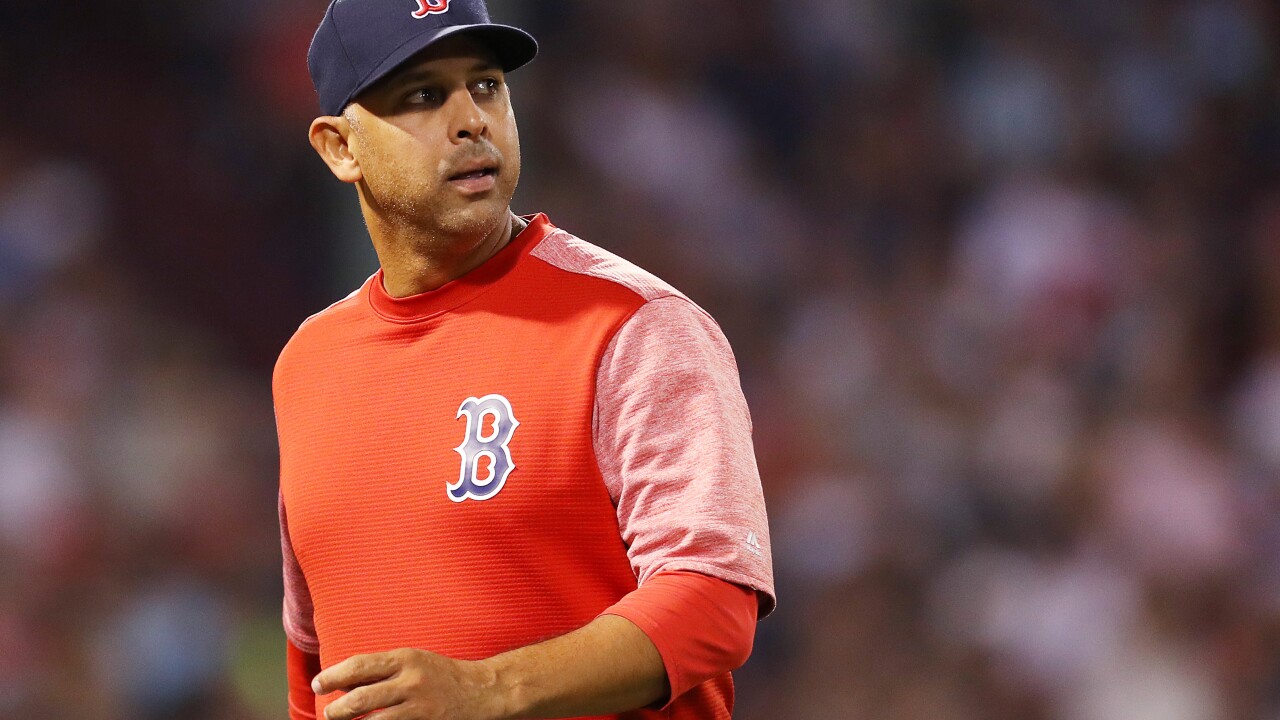 BOSTON, MASSACHUSETTS – AUGUST 20: Boston Red Sox Manager Alex Cora returns to the dugout after disputing a call during the fourth inning of the game between the Boston Red Sox and the Philadelphia Phillies at Fenway Park on August 20, 2019 in Boston, Massachusetts. (Photo by Maddie Meyer/Getty Images)

BOSTON (AP) — The Boston Red Sox insist they won the 2018 World Series fairly, even as they begin their search for a new manager after Alex Cora was let go for his role in a sign-stealing scandal.

Cora left the team on Tuesday after baseball Commissioner Rob Manfred identified him as the ringleader in a cheating scheme with the 2017 Houston Astros. Cora took over in Boston the next year, leading the team to a franchise-record 108 victories and the World Series title.

Major League Baseball is investigating whether Cora set up a similar cheating system in Boston. No conclusions have been reached, the team said.

“We would ask that everyone to reserve judgment until MLB completes its investigation and determines whether rules were violated,” owner John Henry said. “I can tell you that we are working with baseball to the fullest extent possible.”

Henry said Cora agreed to step down because the two sides agreed that he could not continue to lead the team. Team president Sam Kennedy said he anticipated a day that Cora would return to baseball.

“Alex is an incredibly talented manager and accomplished great things with us,” Kennedy said. “He expressed remorse. He apologized yesterday to us for the embarrassment that this caused. And I think he’ll go through a process of rehabilitation. And so we’ll see what happens.”

Chief baseball officer Chaim Bloom said he has not yet had time to create a list of potential candidates to replace Cora.