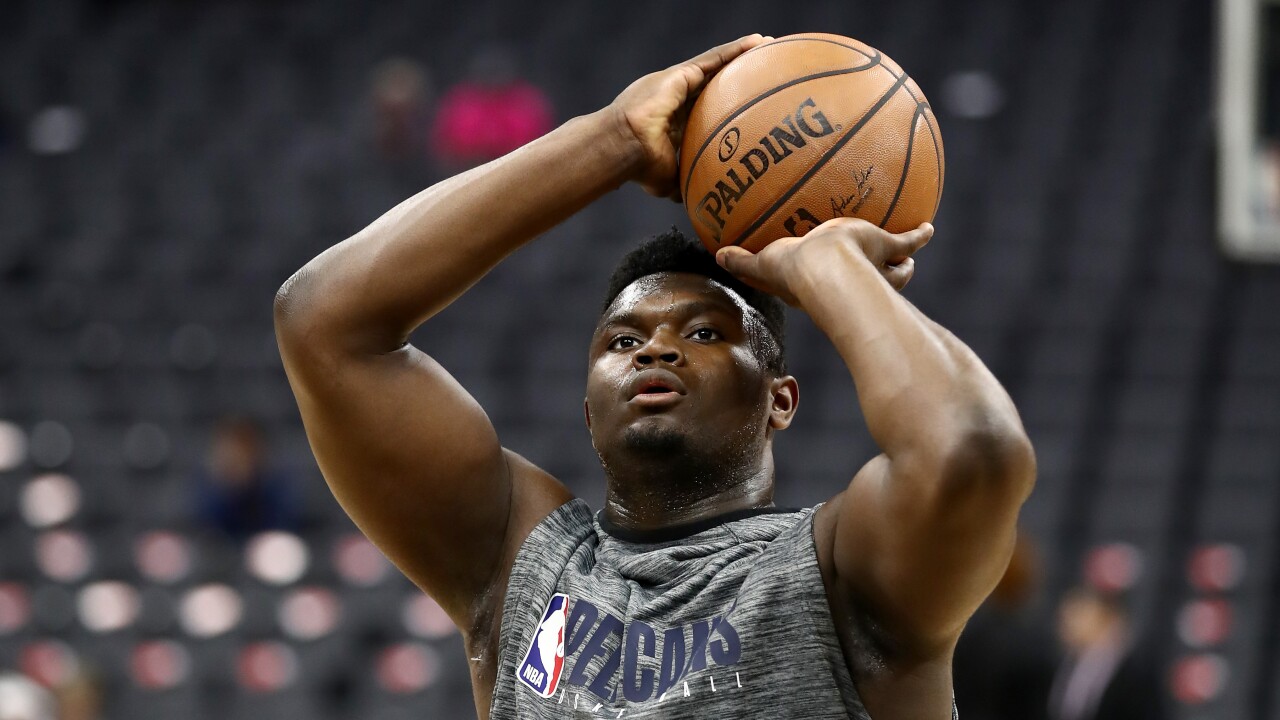 SACRAMENTO, CALIFORNIA – JANUARY 04: Injured Zion Williamson #1 of the New Orleans Pelicans works out before their game against the Sacramento Kings at Golden 1 Center on January 04, 2020 in Sacramento, California. NOTE TO USER: User expressly acknowledges and agrees that, by downloading and/or using this photograph, user is consenting to the terms and conditions of the Getty Images License Agreement. (Photo by Ezra Shaw/Getty Images)

NEW ORLEANS – The New Orleans Pelicans have announced that Zion Williamson is expected to make his NBA debut January 22.

When executive vice president of basketball operations David Griffin made the announcement on Wednesday, he said that Zion will need to participate in a few more practices before he’s cleared to play.

“Based on today’s practice, which was not terribly intense because we’re still somewhat of the walking wounded, we’re going to continue to try to get him some reps in practice,” Griffin said. “If all goes well from that assuming he is cleared by then, which he is not quite yet, the anticipation is he’ll play his first game on the 22nd.”

“He’s getting to the point where we actually think he’s as ready as he believes he is.”

Zion, the 2019 NBA Draft’s No. 1 overall pick, will be facing the San Antonio Spurs in his professional debut if everything goes according to plan.

The former Duke superstar has been sidelined since October after suffering a torn meniscus.

Zion had played in four of New Orleans’ preseason contests, averaging 23.3 points, 6.5 rebounds, and 2.3 assists in 27.3 minutes of action per game.

"Our anticipation is that he'll play his first game on the 22nd at home vs. San Antonio"