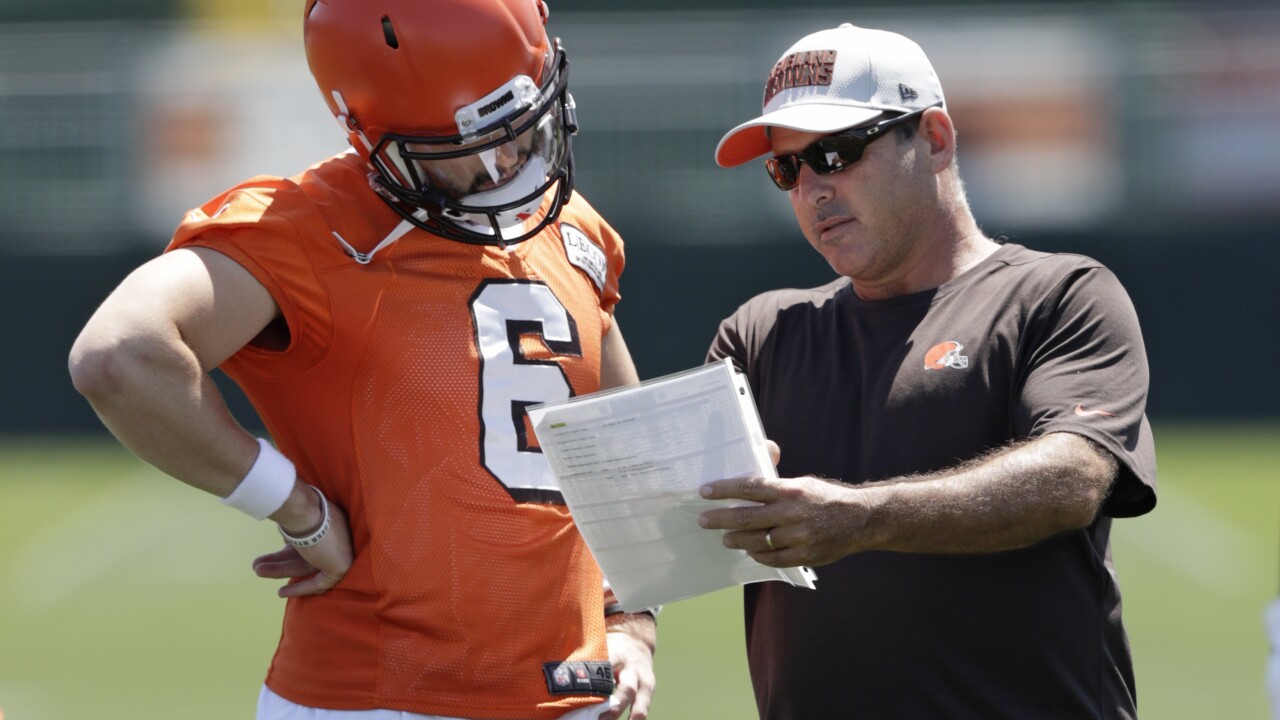 ASHBURN, Va. (AP) — Ken Zampese was hired as the Washington Redskins’ quarterbacks coach on Wednesday with Ron Rivera filling out his new-look staff.

Zampese and new offensive coordinator Scott Turner are now tasked with figuring out what to do with 2019 first-round pick Dwayne Haskins. Rivera said Haskins and injured veteran Alex Smith would compete for the starting QB job and that it wasn’t the Ohio State product’s job by default.

Haskins was 119 of 203 for 1,365 yards, seven touchdowns and seven interceptions as a rookie. He’ll be learning his second system in as many NFL seasons.

Zampese was the Cincinnati Bengals’ offensive coordinator in 2016 and 2017 before coaching the Cleveland Browns’ quarterbacks in 2018. He succeeds Tim Rattay in the job with Washington.

INDIANAPOLIS, IN – MARCH 03: USC quarterback Sam Darnold talks with Ken Zampese of the Cleveland Browns during the NFL Combine at Lucas Oil Stadium on March 3, 2018 in Indianapolis, Indiana. (Photo by Joe Robbins/Getty Images)

Rivera’s staff looks far more like his old one in Carolina than the group former Redskins coach Jay Gruden and since-fired president Bruce Allen put together. Running backs coach Randy Jordan and special teams coordinator Nate Kaczor are the only holdovers from the Gruden era.

Pete Hoener is the tight ends coach, John Matsko is the offensive line coach, Chris Harris is the defensive backs coach and Steve Russ is the linebackers coach. Former Redskins tight end Chris Cooley, who had been rumored to be in line for a coaching job, was not among those announced.