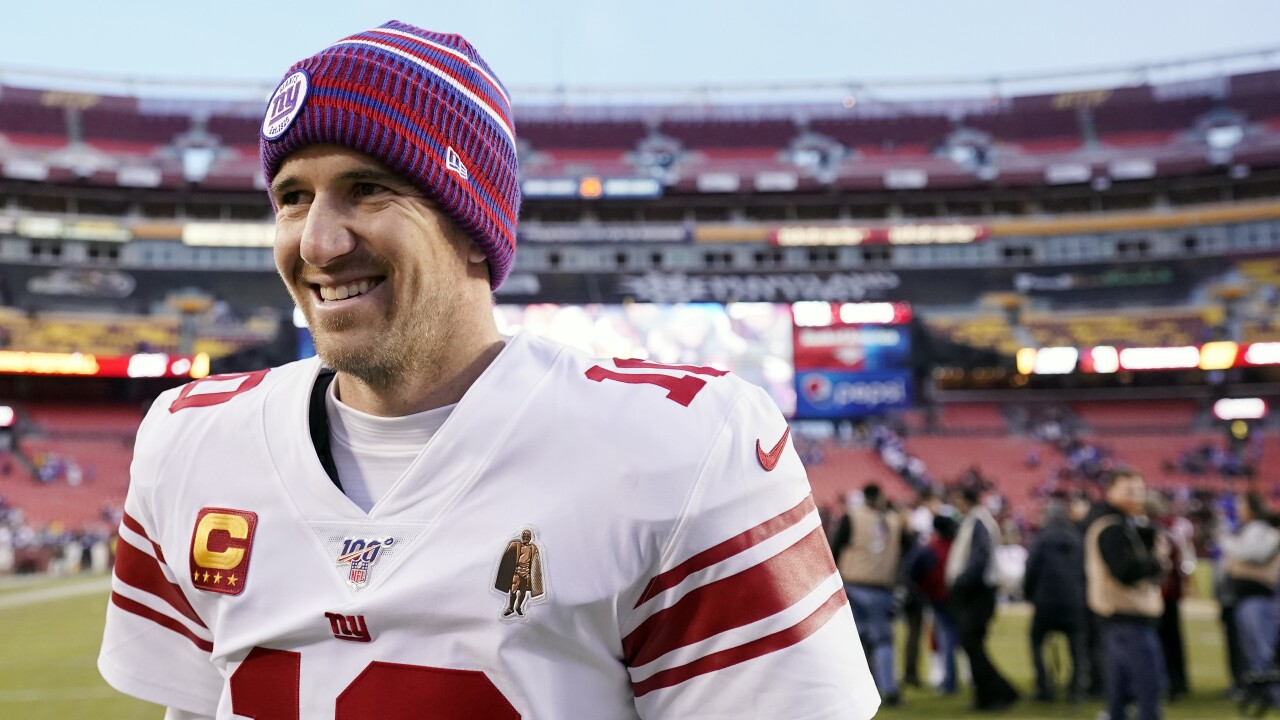 The award is given to an NFL player who best exemplifies outstanding character and leadership in the home, on the field and in the community. The league’s players decided the winner from 10 finalists and the result was announced Monday.

A two-time Super Bowl MVP, Manning recently finished his 16th and possibly last season with the Giants. His contract has expired and he has not said whether he either wants to play another season or will retire.

Manning has worked with many organizations off the field. He and his family built “The Eli Manning Children’s Clinics” at the Blair E. Batson Hospital for Children in Jackson, Mississippi. In addition, he supports numerous charities including Tackle Kids Cancer Initiative, Hackensack University Medical Center, Children’s of Mississippi Capital Campaign, March of Dimes, New York March for Babies, Guiding Eyes for the Blind, American Red Cross, Scholastic’s Classroom Care Program and the PeyBack Foundation.

Manning’s brother, Peyton, won the Bart Starr Award in 2015. They are the first set of brothers to win the award since its inception in 1989. Eli Manning also received the prestigious Walter Payton Man of the Year Award in 2016.

Manning will receive the award on Feb. 1 at the 33rd annual Super Bowl Breakfast. The Super Bowl will be played the following day in Miami.