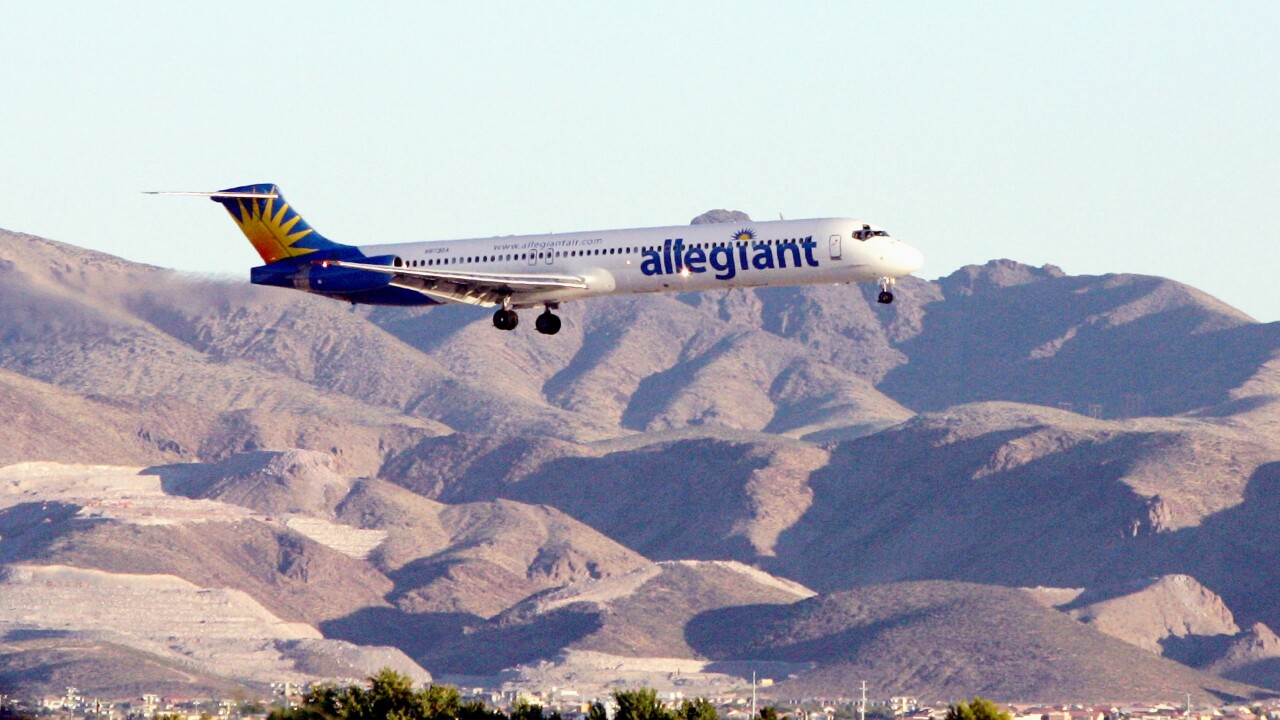 LAS VEGAS – SEPTEMBER 6: An Allegiant Air jet carrying members of the New Orleans Fire Department comes in for a landing at McCarran International Airport on September 6, 2005 in Las Vegas, Nevada. The Las Vegas-based airline will initially pick up the cost of flying New Orleans police, firefighters and their families to Vegas for a three to five day vacation at local hotel-casinos to provide rest to those traumatized by the damage inflicted by Hurricane Katrina. (Photo by Ethan Miller/Getty Images)

The airline is offering introductory rates as low as $44 on one-way flights — but you’ll have to purchase them by January 16.

The new seasonal routes include:

The new flights are among 44 new nonstop flights by Allegiant announced on Tuesday, the largest expansion in company history.

You can book your next flight at this link.