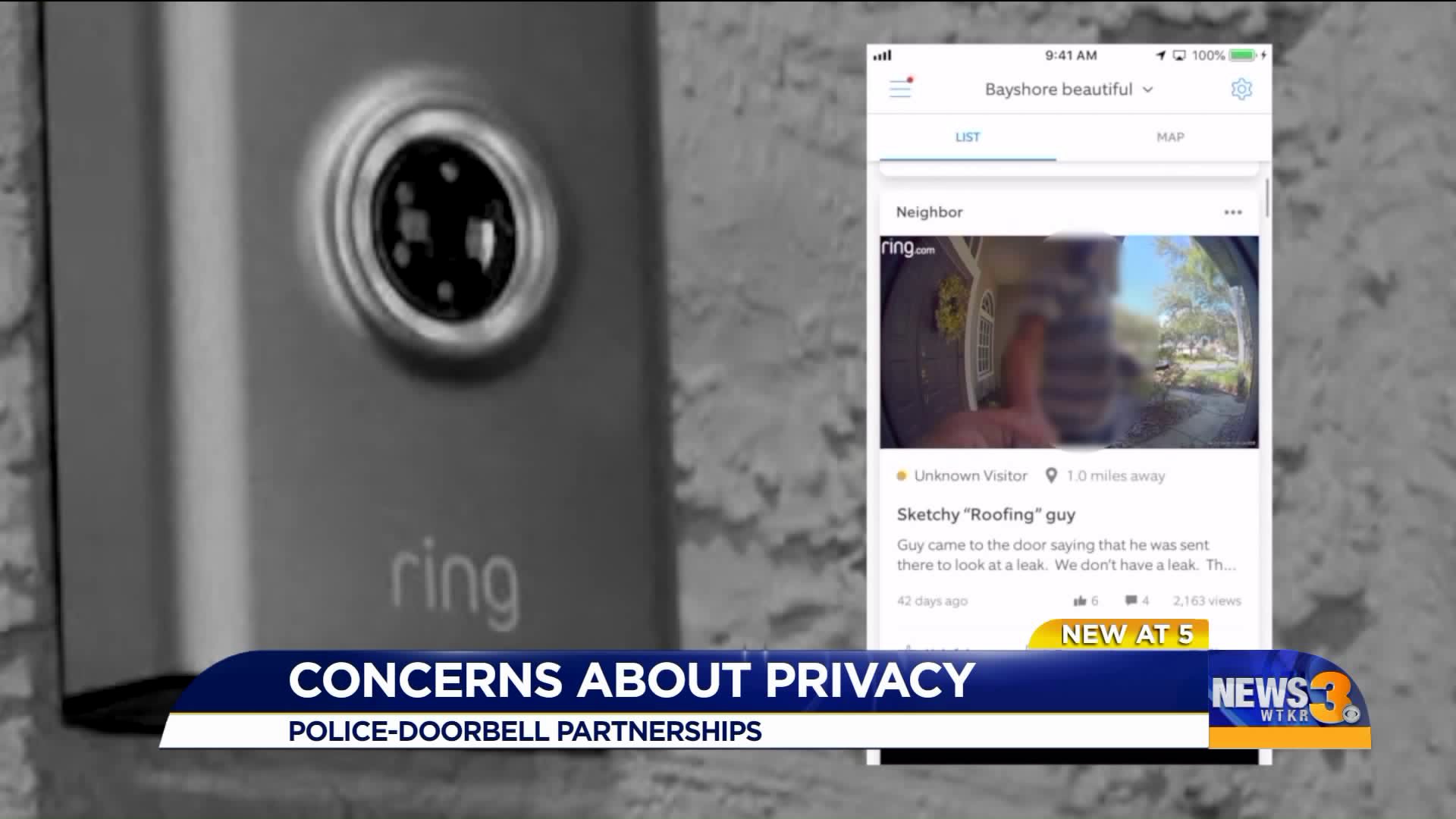 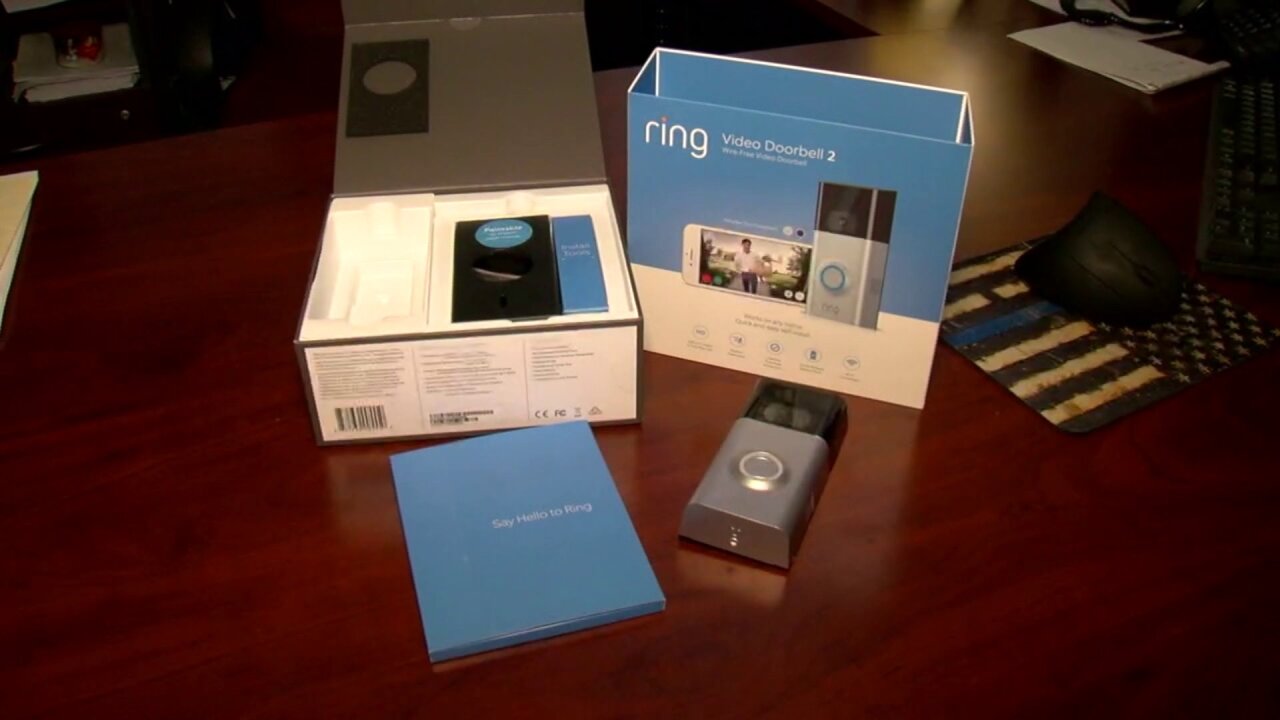 Promoted as a way to "keep you safe," it creates a massive surveillance network.

WFTS reporter Adam Walser looks at how those partnerships are raising concerns about your privacy.

Using cameras and an online app, Amazon's Ring allows us to see what's outside our front door any time from almost anywhere: Capturing video of thieves stealing stuff, dog attacks and even one driver defecating in a driveway.

Felicia Bowman of Tampa, Florida, installed a Ring video doorbell and signed up for the app.

Capt. Thiers says his agency partnered with Ring as a way to quickly connect his officers with users' cameras.

We can zero in or zoom out to however big of an area we want," says Capt. Thiers.

"The camera owners send it back to ring, then they send it to us," Capt. Thiers explains.

With Ring spotlight cameras, data on number of users comes from 1 million-plus downloads of neighbors on both Apple and Google Play. Millions of Ring camera owners have connected to the Neighbors app, forming what Amazon calls a "ring of security" - a massive private surveillance network accessed by more than 400 law enforcement agencies, including 65 in Florida.

Attorney Jay Stanley with the ACLU says that should worry you.

"Face recognition has the potential to basically allow the police to follow everybody everywhere they go, because it automatically recognizes you where you are and when you're there and who you're with," Stanley says.

And he says even law -abiding citizens should be concerned.

"We end up living in a place where there's blanket video surveillance of everything everybody's doing, and we're not always sure who's getting access to that video," he says.

Walser and his colleague pushed the button on Bowman's Ring doorbell. She answered the door, but she correctly predicted others wouldn't.

"You're gonna be on the Neighbors app," she said.

Related: Do doorbell surveillance cameras provide security at the expense of your privacy?

They didn't know if they made it on the app, but they did receive videos sent by two other homeowners who say they were anxious -  just because they rang their doorbell.

"You have to realize that not everybody is out to cause harm or a criminal," said St. Petersburg Assistant Police Chief Michael Kovacsev.

Kovasev says his department turned down multiple offers from Ring for another reason.

"It's their product. It's their position to sell it; it shouldn't be our responsibility to partner with them," he said.

Bowman says she has no plans to get rid of her Ring doorbell anytime soon.

"It's worth the security. You don't have a guard dog, so this kind of works," she laughed.

Experts say you can protect your privacy by using your own security cameras and saving the videos on a hard drive -- not the cloud.