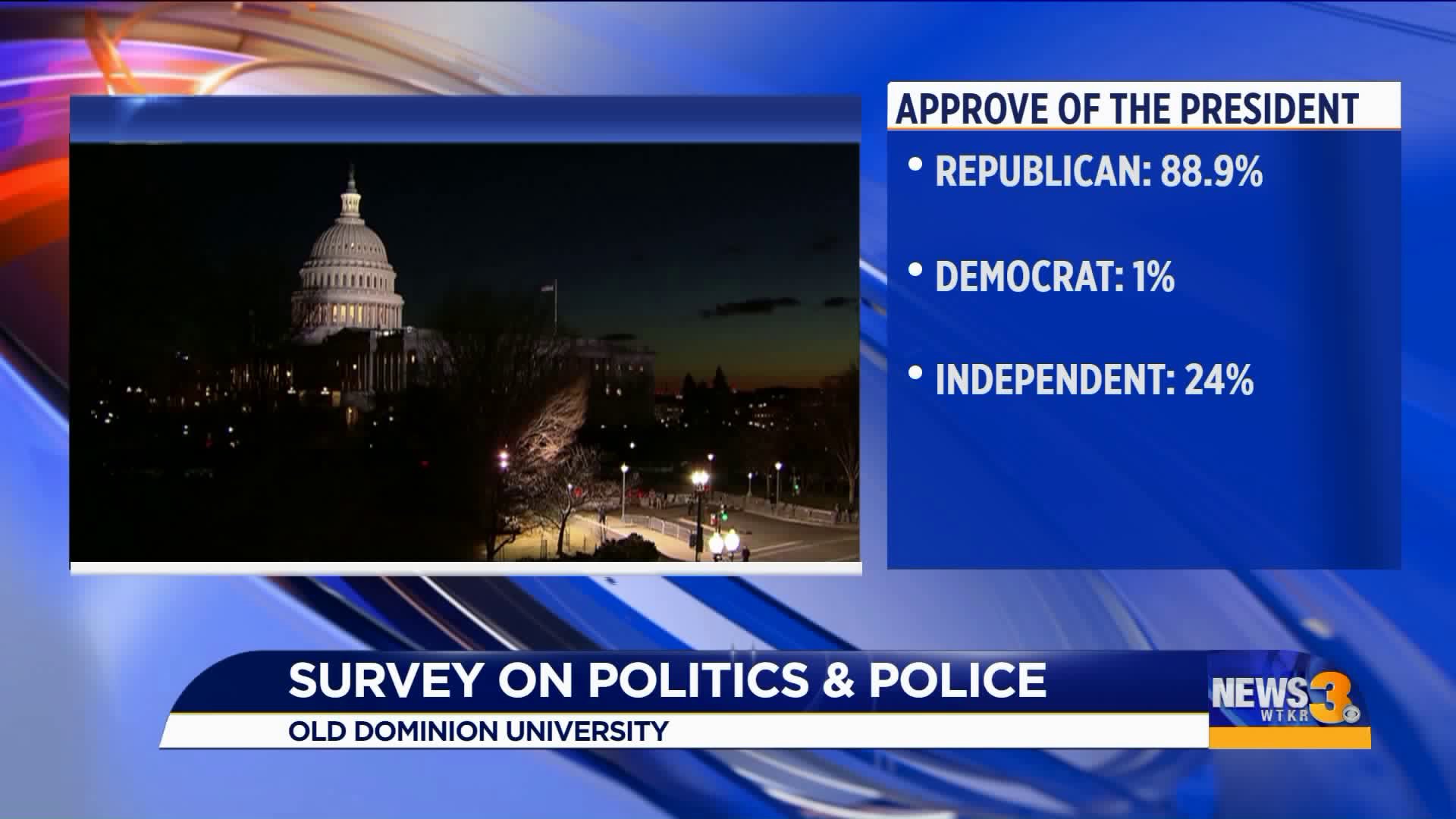 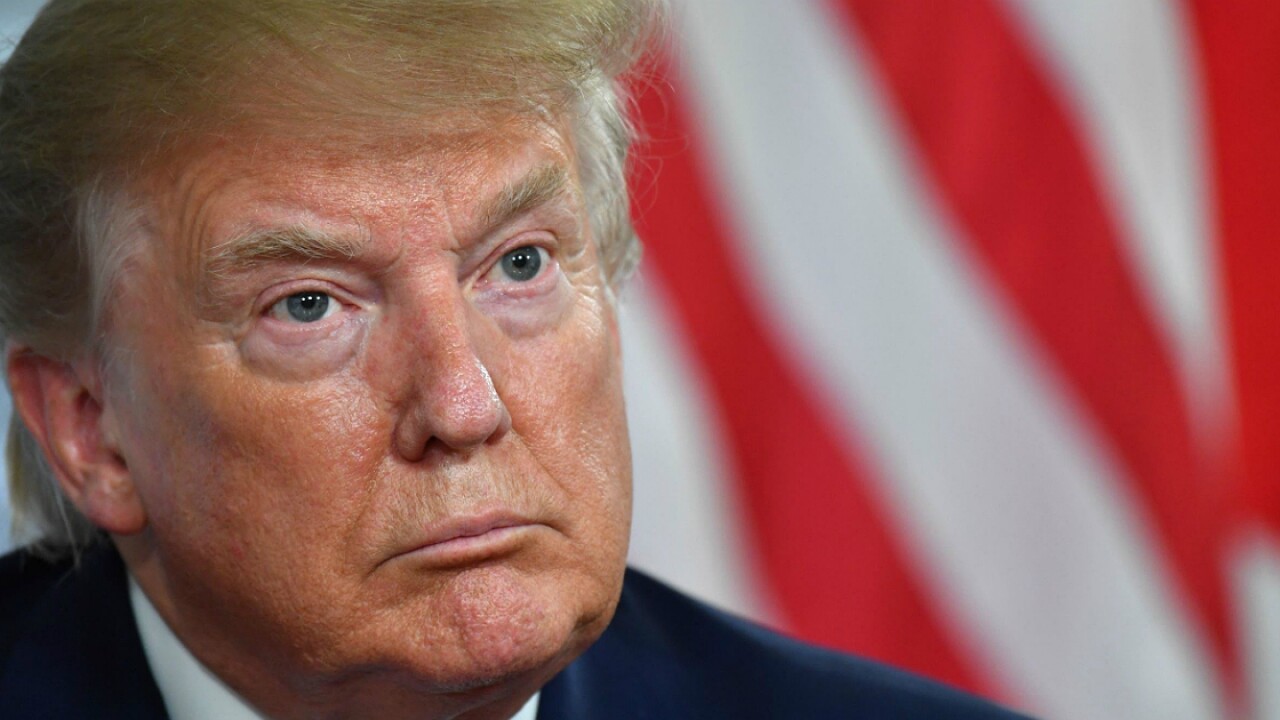 All are heavily-debated topics nationwide and right here at home.

Between May and July, Old Dominion University surveyed more than 800 people from all seven Hampton Roads cities over the phone for its annual Life in Hampton Roads survey.

Among the more politically-charged questions asked about President Donald Trump, satisfaction with local police and whether marijuana should be legalized.

Regarding the president, ODU found more than 58 percent of people surveyed disapproved or strongly disapproved of the job he is doing, while 27 percent approved and 14 percent didn't answer.

However, of the people surveyed, far more identified as Democratic or Independent than Republican; 34 percent and 31 percent to 19 percent respectively.

Of Republicans, 89 percent said they approved of the president, compared to just one percent of Democrats and 24 percent of people who identified as Independent.

On the topic of satisfaction with local police, ODU found 81 percent said they were at least somewhat satisfied. That number increased to 88 percent among white respondents and decreased to 70 percent among those who are black. Other races sat at 80 percent.

The numbers varied by city, too. Suffolk had the highest approval at almost 95 percent. Portsmouth was lowest at 51 percent.

“I think it’s important for people to know not just the hard crime facts, but what do people think about this? People are generally satisfied with their local police, but there are differences when we move from city to city and when we look at different racial and ethnic groups," said Vandecar-Burdin.

This comes as state lawmakers in Richmond discuss the possibility of decriminalizing marijuana.