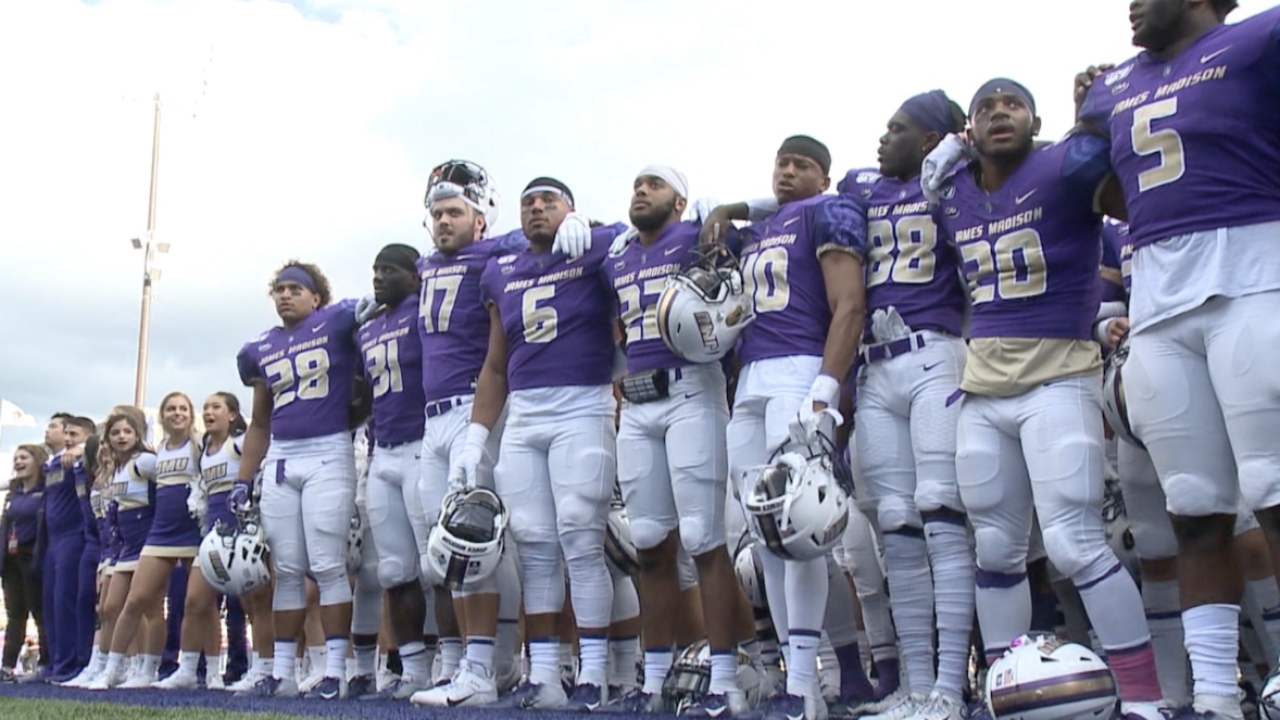 FRISCO, Texas (AP) — North Dakota State and James Madison are both finishing up their first season with new head coaches. The Bison even have a freshman quarterback.

Yet here they both are again. The teams that have combined for the last eight FCS championships are back in Frisco playing for another title Saturday.

While top-ranked North Dakota State (15-0) has gone from Fargo to Frisco to win seven of the last eight national titles, this will be the third championship game in four seasons for James Madison. The Dukes (14-1) won the title three years ago after advancing with a semifinal win at the Fargodome, but lost to the Bison in the championship game the following season.

The Dukes have won their last 14 games by an average margin of nearly 30 points. Their only loss came in coach Curt Cignetti’s debut, a 20-13 loss in the opener at Big 12 team West Virginia.

North Dakota State has an FCS-record 36-game winning streak, including the last two national titles. The Bison have a chance to become the first college football team in any division since Yale in 1894 to have a 16-win season.

“I think both programs are unique and positioned to be successful. And when you look at the Division I level, there’s not many schools that can say that, even at the FBS level,” said Cignetti, who was on Nick Saban’s original staff at Alabama long after his father was coach at West Virginia with Saban as one of his young assistants. “There’s very few schools really positioned to be successful year in, year out.”

New Bison coach Matt Entz was the team’s defensive coordinator the past five seasons for coach Chris Klieman, who went to Kansas State after last year’s title run. Entz said about half the coaching staff changed.

This is relatively young Bison team, with only three senior starters on offense.

Redshirt freshman quarterback Trey Lance has attempted 278 passes without an interception. He has thrown for 2,714 yards with 28 touchdowns, and run for 934 yards and 13 more TDs. True freshman Kobe Johnson is one of three running backs with at least 600 yards rushing for the Bison, who run for 288 a game.

North Dakota State and James Madison have two of the nation’s top offenses. The Bison average 473 total yards and more than 41 points a game, while the Dukes gain 477 yards and score 38 points a game.

They are also the 1-2 in total defense, and allow fewer than 15 points a game.

When they’ve played the last three times, NDSU averaged 20 points a game and JMU 18. The Bison won 17-13 in their championship game matchup three years ago.

As a sophomore in 2016, Holloway had 16 tackles in the semifinal win over North Dakota State, but cracked his fibula early in the ensuing championship game. He then got sidelined for the 2017 season after getting hurt again in the opener. Now he gets to finish his college career in another title game.

“Having to sit out that whole year, it was really mentally challenging, more so than physically,” said Holloway, who has 242 tackles the past two seasons. “The hardest part is knowing that I had to come back, and just not knowing if I was will come back and be myself again.”

This is the 10th time the FCS game is being played in the professional soccer stadium about a half-hour north of downtown Dallas. Only in the first one in 2010, when Eastern Washington beat Delaware, had neither North Dakota State or James Madison. Frisco will be the championship host through at least 2025.

James Madison set school playoff records with 66 points and 623 total yards in a win over Monmouth in their playoff opener, then recorded their first postseason shutout the following week in a 17-0 win over Northern Iowa, which had only 114 total yards (0 rushing). … North Dakota State’s eighth FCS championship game appearance matches Georgia Southern for the most. Georgia Southern won six titles. … NDSU’s 36-game winning streak is the longest in Division I since Oklahoma’s record 47 wins in a row from 1953-57.