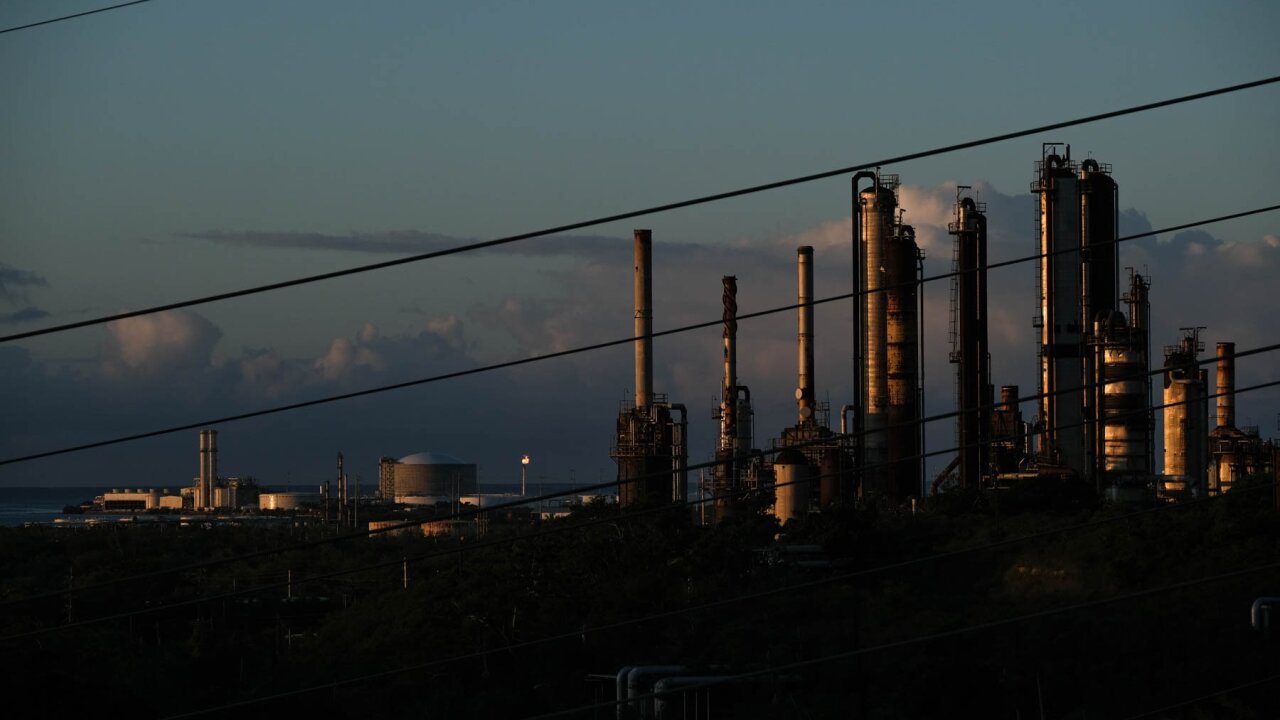 A crucial Puerto Rico power plant damaged in this week’s earthquakes could be out of operation for more than a year, according to Jose Ortiz, the head of the island’s Electric Energy Authority.

The process of determining the damage left behind after an earthquake shook Puerto Rico earlier this week is underway, even as parts of the island remain without power and it remains under threat of more tremors.

A crucial Puerto Rico power plant damaged in this week’s earthquakes could be out of operation for more than a year, according to Jose Ortiz, the head of the island’s Electric Energy Authority.

The Federal Emergency Management Agency, or FEMA, is making aid available and assisting with damage assessment after the 6.4 magnitude quake rocked the island before dawn on Tuesday. It was one of about 500 earthquakes of magnitude 2 or greater that have rattled the area since December 28, according to the US Geological Survey.

The earthquake left one man dead, caused dozens of homes and other structures to crumble and left about two-thirds of residents in the dark.

The US territory, still recovering from the damage caused by Hurricane Maria in 2017, expects to return power to all of its 3 million residents by Saturday, according to utility officials.

Quake sends residents to sleep in their yards

Gov. Wanda Vázquez Garced declared a state of emergency and activated the Puerto Rico National Guard as she pleaded with residents to remain calm and prepare for aftershocks.

For many, that has meant bringing mattresses, tents and tarps into their yards to sleep, for fear of what aftershocks could do to their already damaged homes.

She said more than 6,000 people were staying in shelters.

Vázquez said she had spoken with President Donald Trump to thank him for his support and to urge his prompt approval of a major disaster declaration.

Myrna Delgado said she sought refuge outside her home when the first temblors started on December 28. She slept in a van and then at a stadium shelter in the southwestern city of Yauco.

“I’m very nervous,” she told CNN on Friday. “At night I feel very depressed. We don’t have light at home. With the company of other people, at least we feel safe.”

Noelia de Jesus and her granddaughters are also among those in a shelter. They are also among the many who are looking for a place to stay for the third time, having lost their homes when Hurricane George struck in 1998 and again during Hurricane Maria.

Luis Garcia, a resident of the southern coastal city of Guayanilla, said he was finding it harder to secure basics such as gas and food than after Hurricane Maria in 2017.

Related: A 6.5 magnitude earthquake hit Puerto Rico a day after another quake rocked the island

The tremors may not be over

The US Geological Survey (USGS) has modeled three forecasts of what may be in store for Puerto Rico over the next month.

The most likely scenario, the USGS said, is that the aftershocks will continue to decrease in frequency; and though there may be medium and small quakes, there will not be another earthquake like Tuesday’s in this sequence. USGS said the probability of this scenario is 84%.

There a 14% chance of what is called a doublet, which is two large earthquakes of a similar size occurring in a similar location, the USGS said. Meaning there is a case in which the region could see another quake as powerful as 6.4 magnitude.

Least likely is that Tuesday’s earthquake could trigger an even larger one. While the probability is small, the impacts of that scenario would be devastating, the USGS said.

“The USGS advises everyone to be aware of the possibility of aftershocks, especially when in or around vulnerable structures such as unreinforced masonry buildings,” the agency said.

Power out and schools closed

As Puerto Rico waits to see what may follow, officials are aiming to restore power by the end of the weekend.

Power has been restored to about 80 percent of Puerto Rico’s 1.4 million utility customers across the island, Puerto Rico Electric Energy Authority said via Twitter on Friday, but the goal is for everyone to have power on Saturday.

Three of the territory’s major power plants are expected to be in service again by Saturday, with a fourth aimed at operating on Sunday, power utility CEO Jose Ortiz said.

But the plant that supplies about a quarter of the island’s power, Costa Sur Power Plant, suffered extensive damage and could be out of commission for a year, Ortiz said in an interview aired on “CBS This Morning.”

Officials are also working to reopen schools, which have canceled classes until crews can inspect buildings and ensure their safety for students.

“Classes in the public school system won’t resume until a total evaluation of all campuses,” Education Secretary Eligio Hernández Pérez tweeted, adding that teachers and staff won’t return to the schools until further notice.