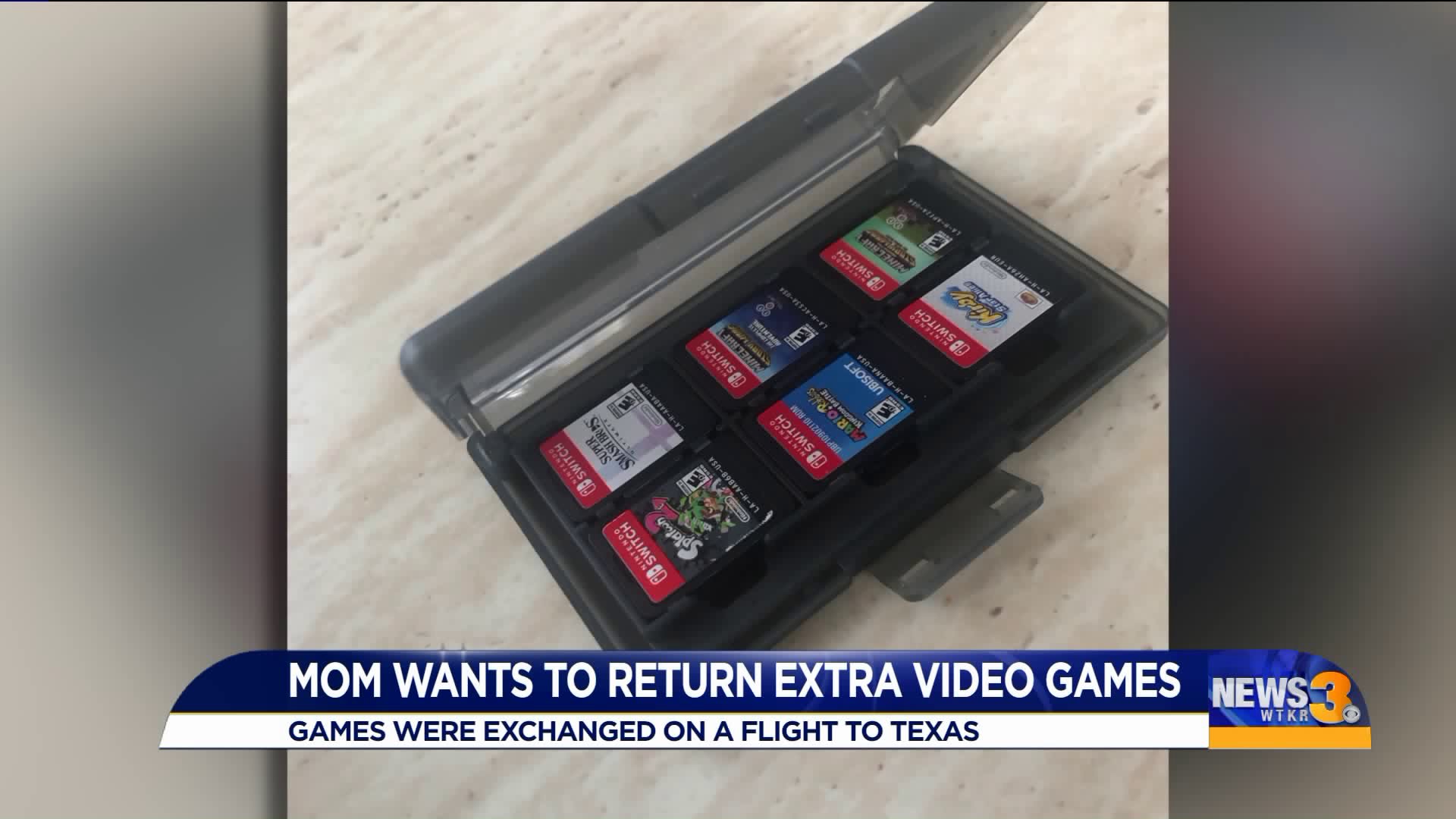 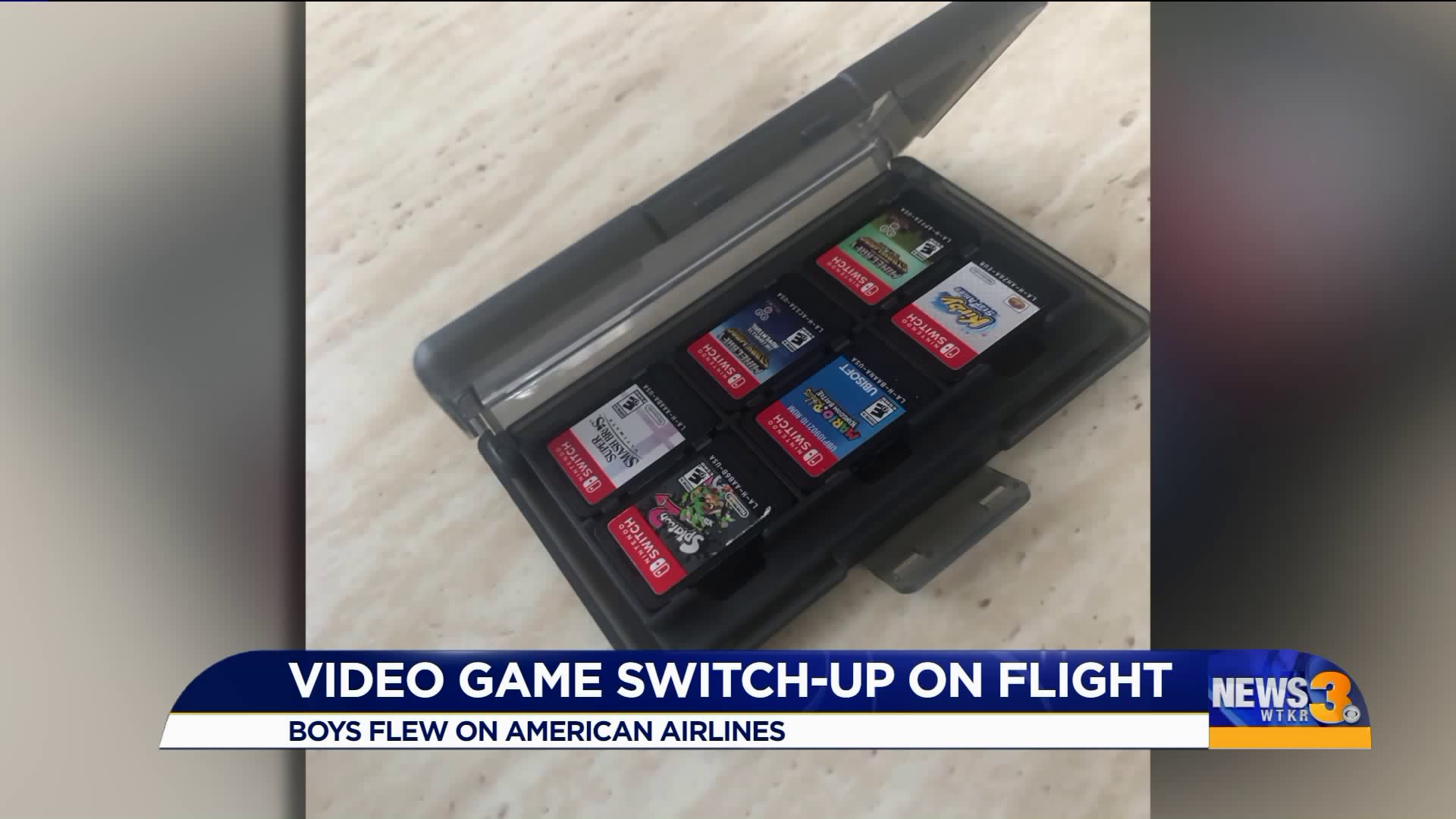 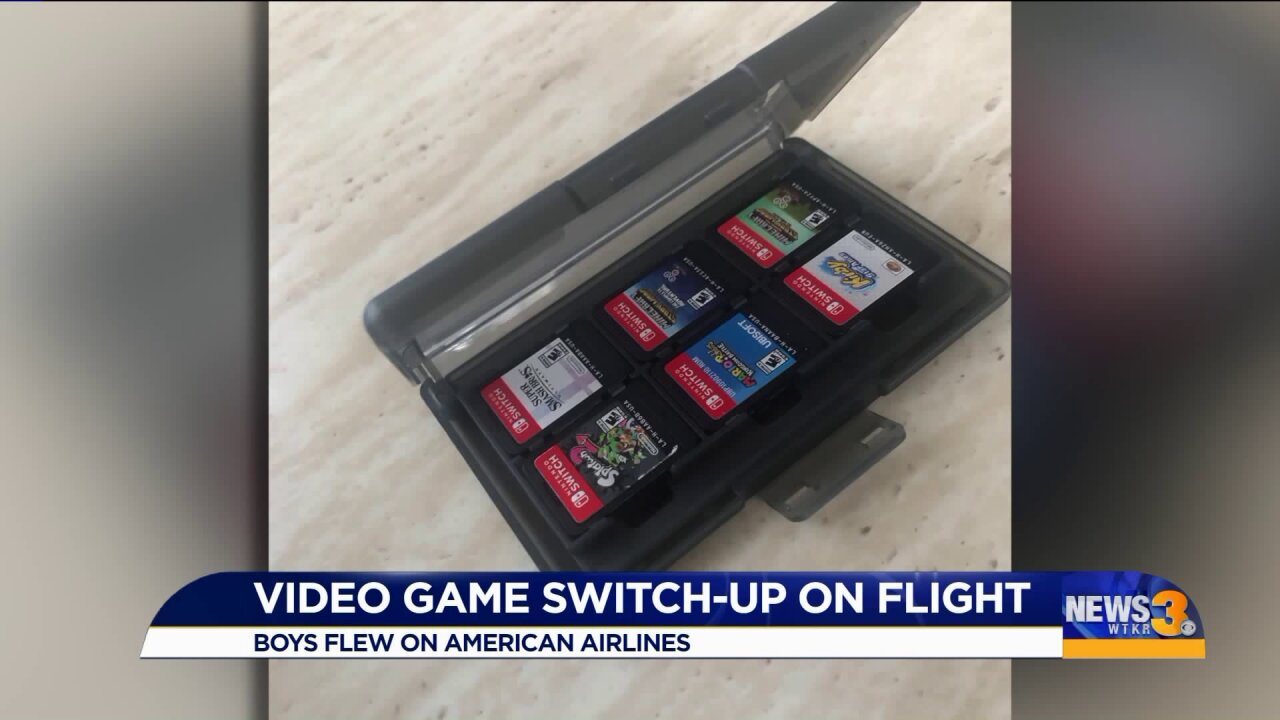 That is because those extra games were not his.

“Once our son got back to Austin, we unpacked his bag and we realized," Bartz explained, "he had come home with nine Nintendo Switch games.”

Devonte traveled by himself to visit family in Virginia Beach. Bartz said he received a Nintendo Switch with four games for Christmas.

Samantha Bartz and her son, Devonte.

He departed from Norfolk International Airport on Friday, Jan. 3 and traveled to Austin on two flights via American Airlines. The first flight was from Norfolk to Dallas, where he connected flights to Austin.

Bartz said her son met another boy on that same flight and thinks the mix-up happened on the flight when they spoke.

“I panicked a little bit just trying, my mind going through all of the different ways that hopefully, in some way, we can return the games," Bartz said.

She called American Airlines the next day to see if the airline could help connect her to the boy's family. She said she provided the airline with the children's names, flight number, origin, destination and seat number.

The airline required one more piece of information: The other boy's last name. Bartz added she did not know it and the airline could not help.

"I was surprised. I really thought that it seemed like it would be simple enough to look up the flight manifest to find what his name was," Bartz said. "At the same time, I don’t work for American Airlines. I understand there are some things you can’t look up without certain information. I didn’t press too hard."

She posted a Facebook post detailing what happened. Her intention was for the post to be shared across the social media platform with the hope it reached the boy's family.

News 3 reached out to American Airlines to see what else could be done. A representative from the airline found the flight manifest, showing both boys sitting next to each other. The representative said the airline's customer relations team will reach out to the families to help connect them.

"Hopefully we could return these games because I know how expensive they are," Bartz said. "I’m sure the child must have been crushed knowing he misplaced them.”

She took this as a learning experience and hopes other parents do, too.

“Whenever your child is flying unaccompanied, there might just be some things that are better left at home," she said.

Bartz told News 3 later in the evening American Airlines reached out to her, told her it will reach out to the boy's family, and share her contact information with the boy's family.