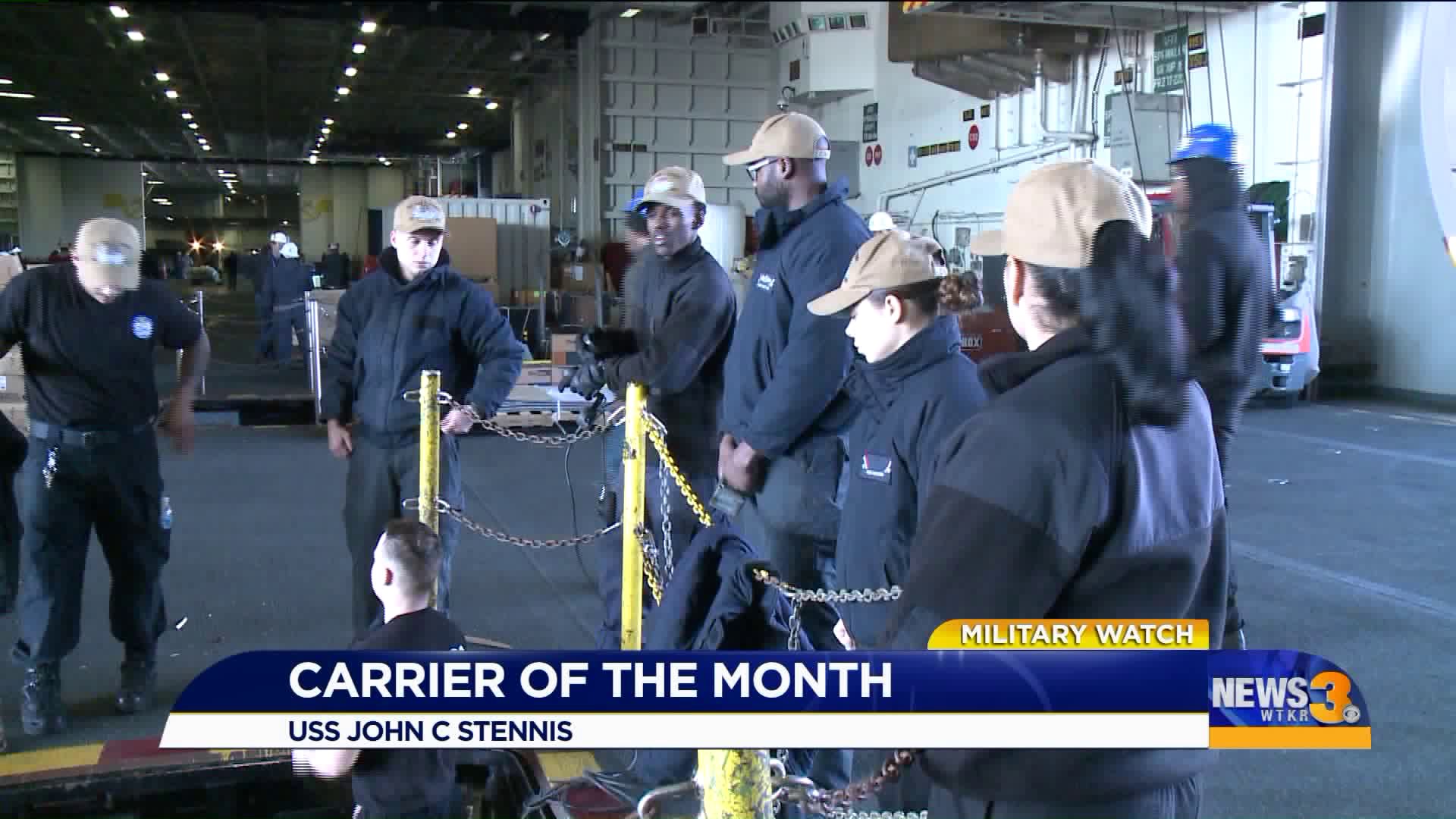 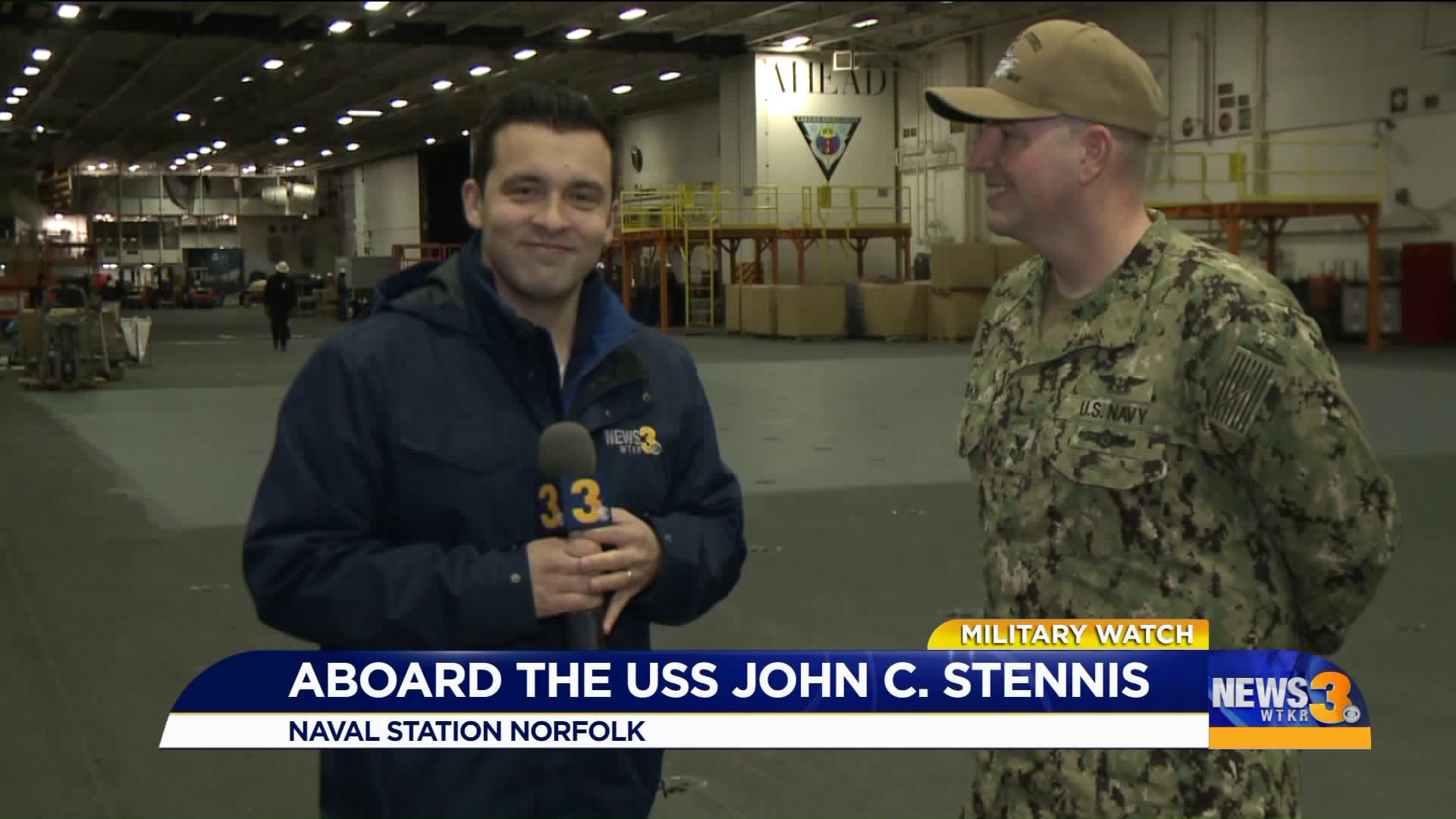 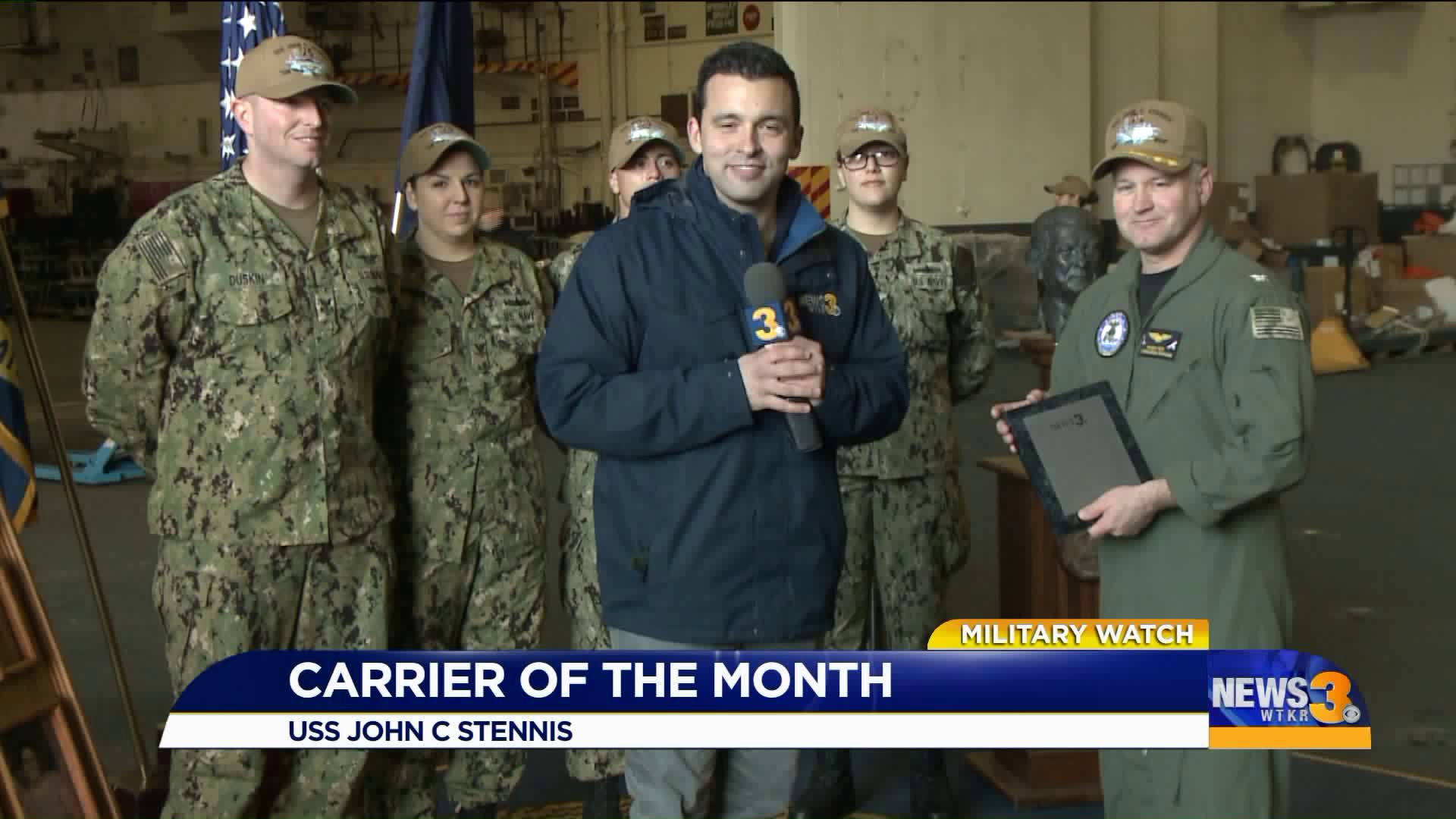 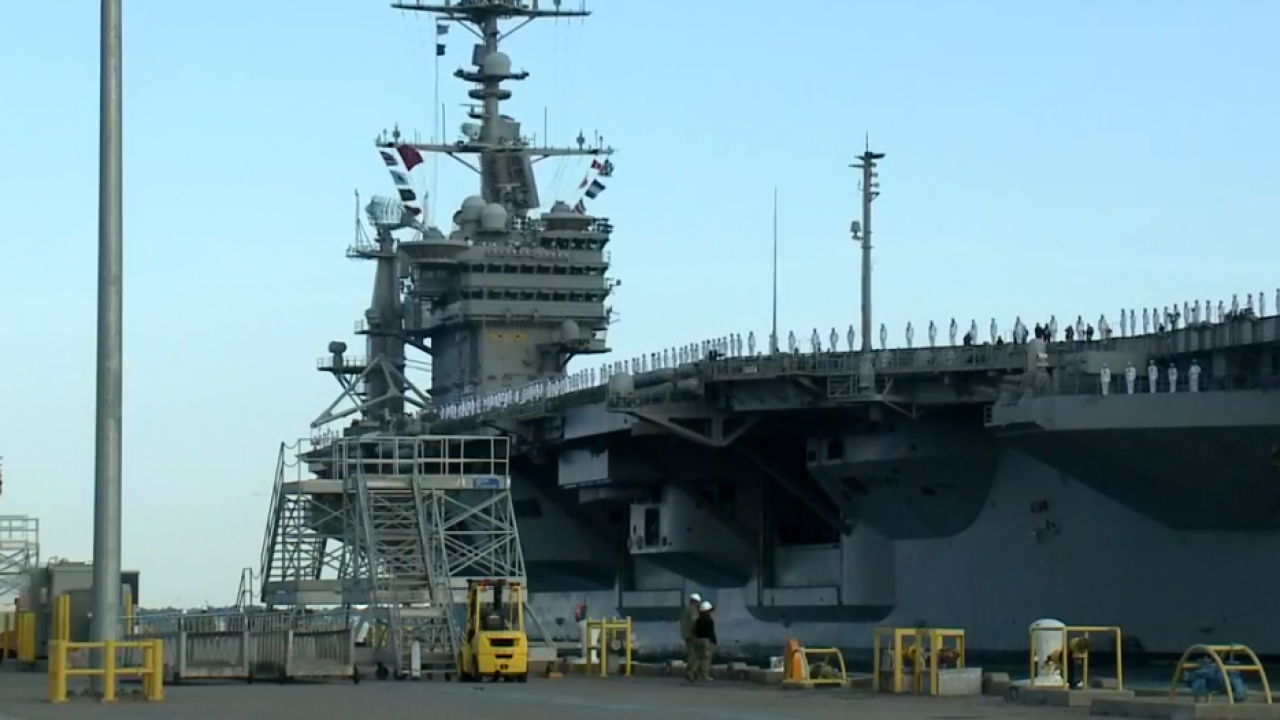 NAVAL STATION NORFOLK, Va. - News 3 is honoring the crew of the USS John C. Stennis, the Carrier of the Month for January 2020.

The ship was commissioned in 1995 and remained in Norfolk until 1998, when it moved to the west coast. Fresh off a combat deployment, the USS John C. Stennis returned to Norfolk in May, coming from Bremerton, Washington.

Now parked at Naval Station Norfolk, the ship is readying for a 4-year maintenance period.

"It's probably the greatest honor in the U.S. Navy to be in charge of 3000 sailors who get the job done every day," said Commanding Officer Capt. Randy Peck.

WTKR News 3 is proud to honor the USS John C. Stennis as the January 2020 Carrier of the Month.