Chicago hasn’t had a coyote attack in decades. It had 2 in one day 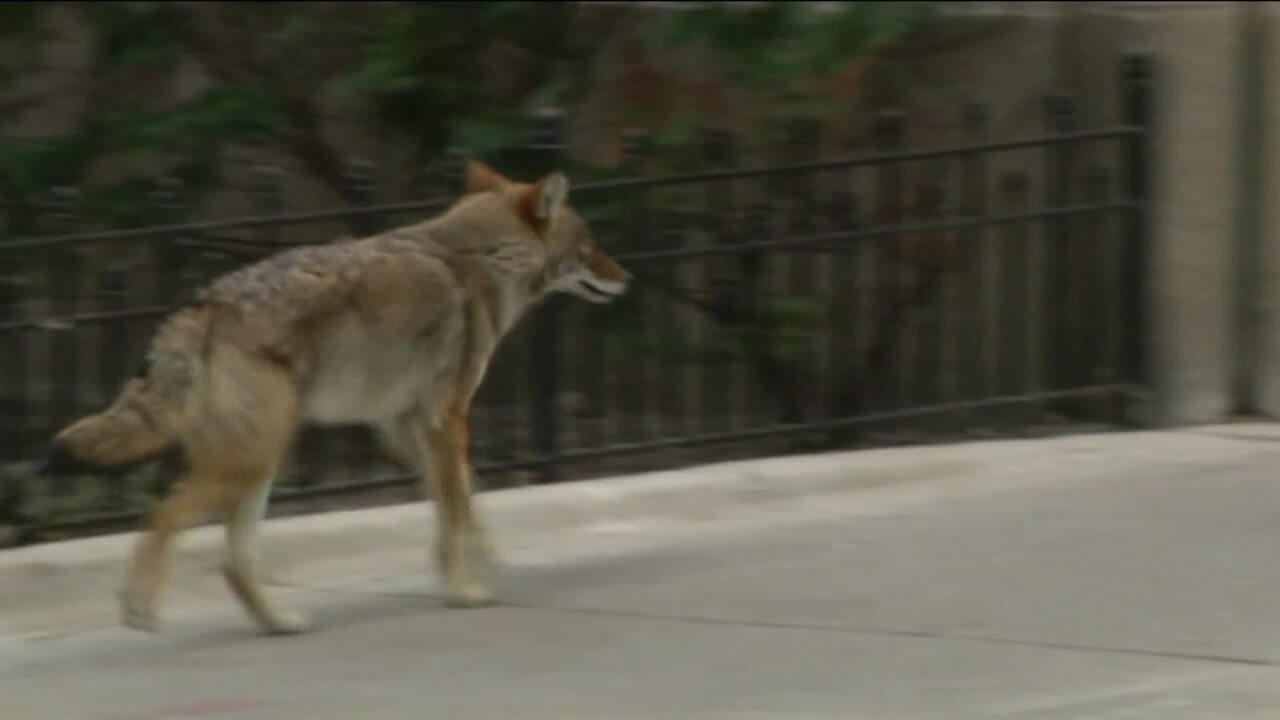 Chicago residents have repeatedly reported this limping coyote, seen here walking on the sidewalk in the Lincoln Park neighborhood. Officials say it’s not unusual for coyotes to show up in the city, but attacks on people are rare and concerning.

A strange spate of coyote sightings in Chicago — and two attacks, one involving a 5-year-old — have befuddled residents and officials.

Chicago residents have repeatedly reported this limping coyote, seen here walking on the sidewalk in the Lincoln Park neighborhood. Officials say it’s not unusual for coyotes to show up in the city, but attacks on people are rare and concerning.

Coyote sightings in the city aren’t uncommon — coyotes have lived among Chicago residents “for generations,” Chicago Animal Care and Control executive director Kelly Gandurski said at a press conference. But the attacks — the first recorded coyote-on-human attacks in three decades — are concerning.

The first came Wednesday afternoon, when a coyote bit a 5-year-old boy multiple times outside of a nature museum in the Lincoln Park neighborhood. He was taken to Lurie Children’s Hospital of Chicago in stable condition, Chicago Police Officer Ana Pacheco confirmed to CNN.

Gandurski said the boy’s caretaker repeatedly kicked the coyote until it ran away. The coyote responsible for the attack has not been found.

Then, later Wednesday night, a 32-year-old man said a coyote bit his buttocks while he was walking near Northwestern Hospital. He walked into the hospital in good condition and will be treated and released, Pacheco said. The latter coyote attack occurred about 2.6 miles away from the Lincoln Park mauling, but it’s not clear whether the same coyote is responsible.

Related: ‘I kicked him 6 or 8 times before he finally got off me’ Virginia Beach woman recounts vicious fox attack

Before this week, there had been no reported coyote attacks on humans in the state for the last 30 years, according to a coyote coexistence plan from Chicago Animal Care and Control.

It’s not uncommon for coyotes to settle in urban green spaces, the agency said — they can occupy 7 to 8 square miles of the city.

They’re generally fearful of people, but urban coyotes are highly adaptive and alter their behavior to survive in the city. They’re also typically nocturnal, but residents have spotted coyotes –one, in particular, that walks with a limp — traveling down the sidewalk during the day.

Coyotes are protected in Illinois, and wildlife officials won’t remove them from an area unless they attack people, Gandurski said. If the coyotes are found, they’ll be tranquilized and released outside of the area.

“The line crossed here is the fact that it attacked a child,” she said. “It’s not acting like a coyote. It was brazen enough to interact with a child.”

Chicago animal control, police and Cook County Animal and Rabies Control have been scouring the Lincoln Park area where the coyotes were reported. Officials haven’t confirmed whether the residents are reporting the same coyote.

How to keep people and pets safe

Gandurski said it’s rare for coyotes to attack people, but if they come close, residents should “haze” them — yell and wave their arms to appear bigger and more threatening.

Injured coyotes, like the one seen limping near Lincoln Park, may turn to slower prey than their usual rodent fare. Gandurski advised residents to remove potential food sources, secure garbage and keep small animals inside or on a leash.

Thomas Wake, interim administrator of Cook County Animal and Rabies Control, said the best thing people can do to keep coyotes friendly is to avoid them entirely.

“People who love coyotes are not doing coyotes any favors by leaving food out for them,” he said.

Two coyotes in Villa Park had to be killed because they’d grown too acclimated to people, Wake said. In their autopsies, officials found dog food and human food in their systems.