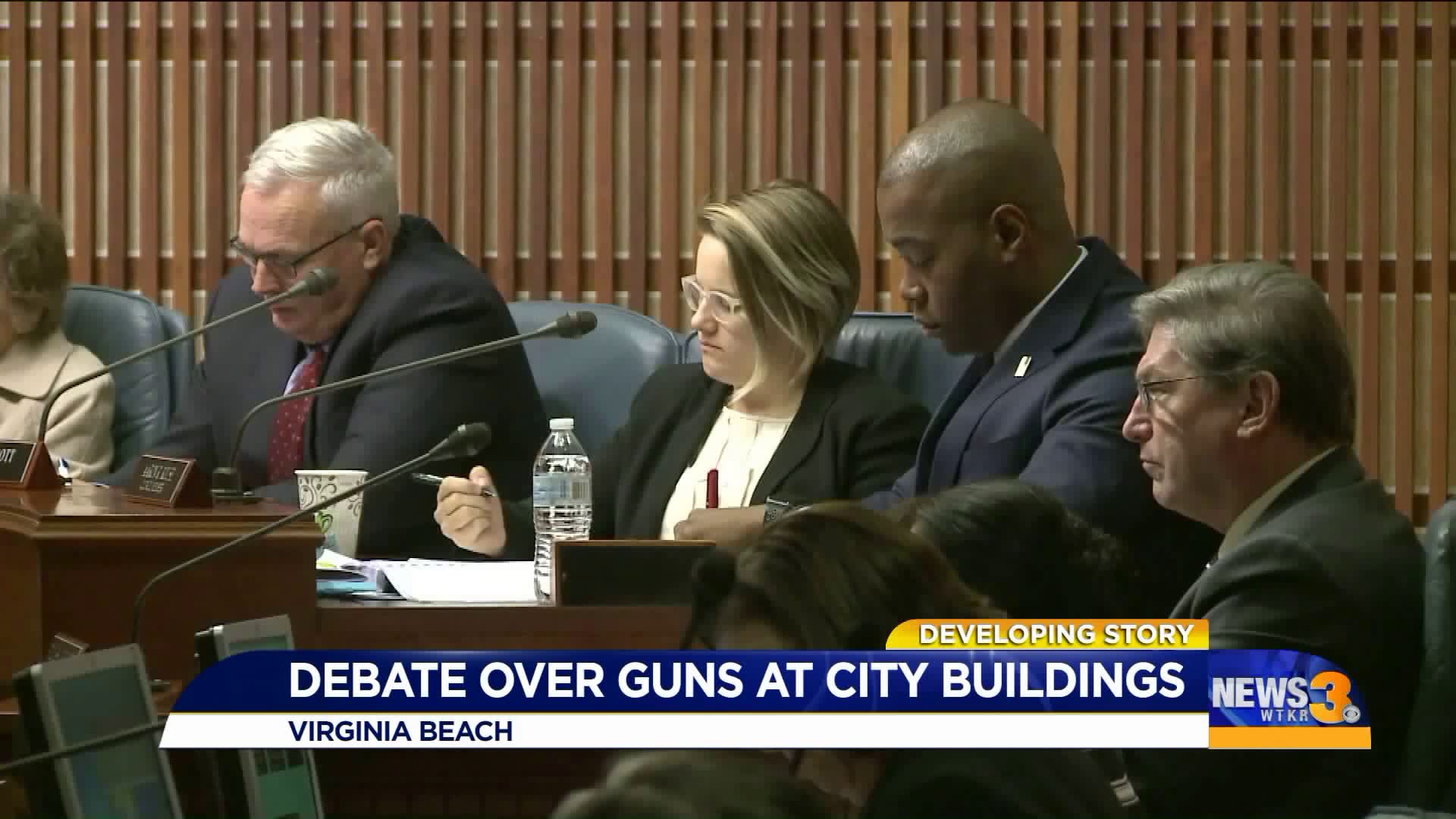 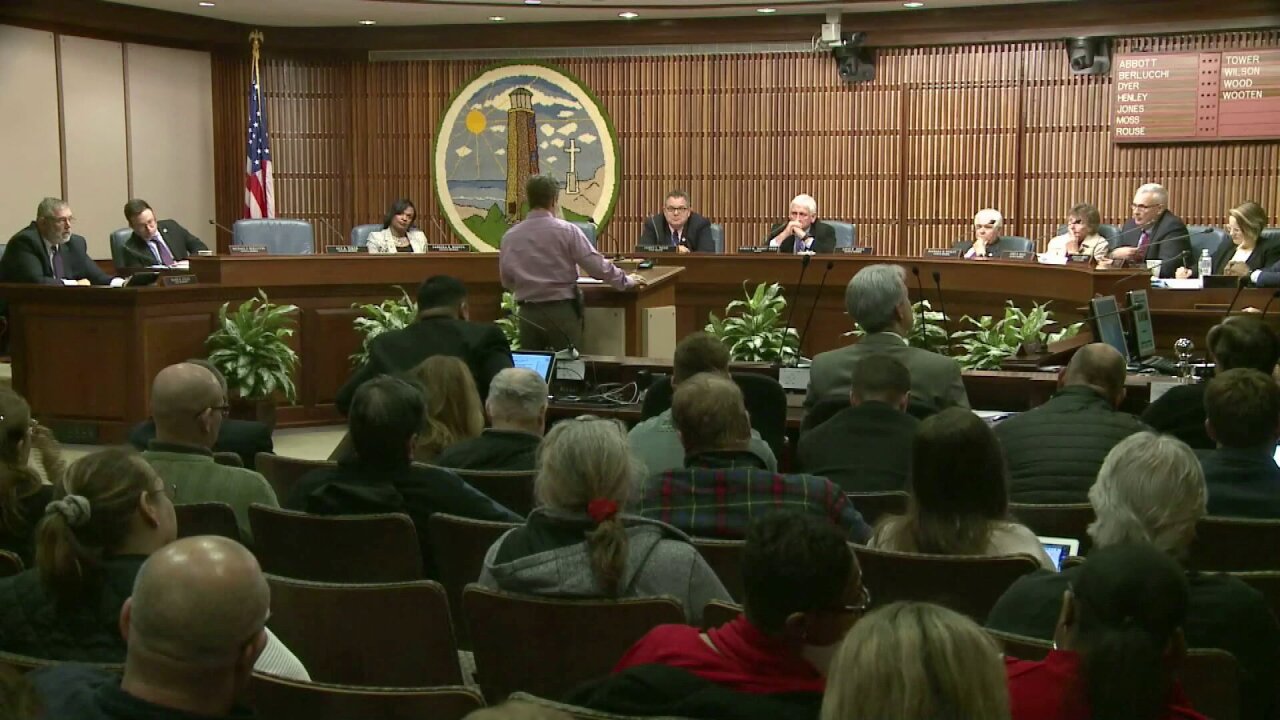 VIRGINIA BEACH, Va. - A Virginia Beach City Council member withdrew a resolution of support Tuesday night for a bill that would allow localities to make their own rules when it comes to firearms in government buildings.

As the public comment period wrapped up, Councilwoman Sabrina Wooten withdrew the resolution, saying she "doesn't feel she has support from council for it to go forward." She did, however, reference a study that showed support from 67% of community members.

As the public comment period wrapped up, @sabrinadwooten withdrew the resolution saying she “doesn’t feel she has support from council.”

She did however reference a study that showed support from 67% of community members @WTKR3 pic.twitter.com/hpAyS0lmQ8

The bill asks the General Assembly for the localities to decide how to regulate guns inside government buildings, meaning they can prohibit people from carrying them, which is what Wooten and Councilman Guy Tower were pushing for.

Dozens of attendees were outspoken against that, saying they need to protect themselves and that gun-free zones only promote danger.

This issue was supposed to be discussed in June but was pushed back because of how close that was to the May 31 mass shooting at Building 2 of the Virginia Beach Municipal Center, which claimed the lives of 12 city workers. One man who spoke at Tuesday's meeting was in the building and passed the gunman, but said if he had his gun the outcome may have been different.

A Public Utilities worker who was in Building 2 on May 31 gets a standing ovation. He says he passed the gunman three times - 3 opportunities he said he had to change the outcome

He, like many others, is pushing for council to vote NO on the resolution at hand @WTKR3 pic.twitter.com/swEL8BCT8D

Virginia Beach Mayor Bobby Dyer ended the meeting by saying, "Yes, we are going to disagree, but to move forward, the city needs to do so together."