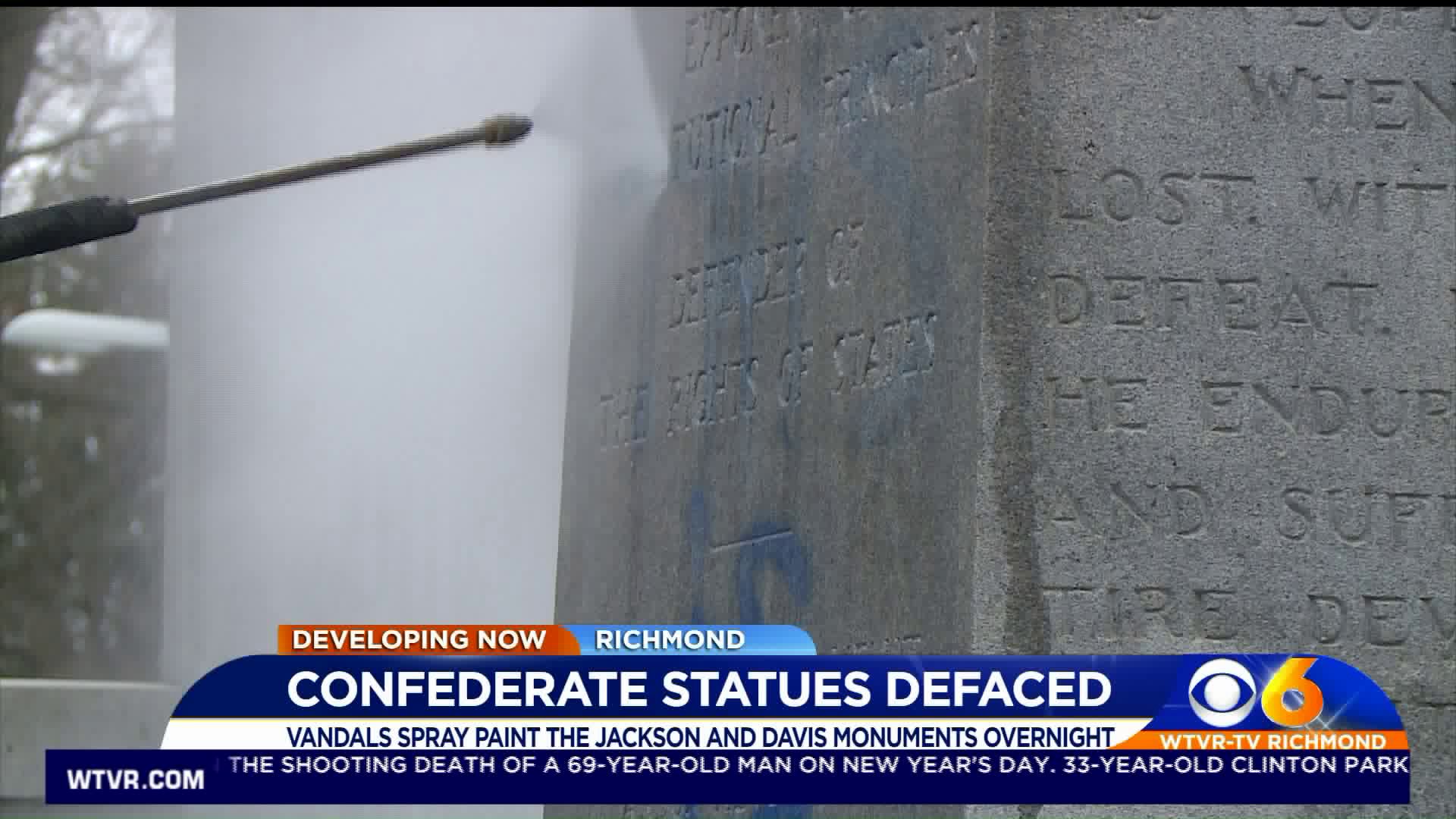 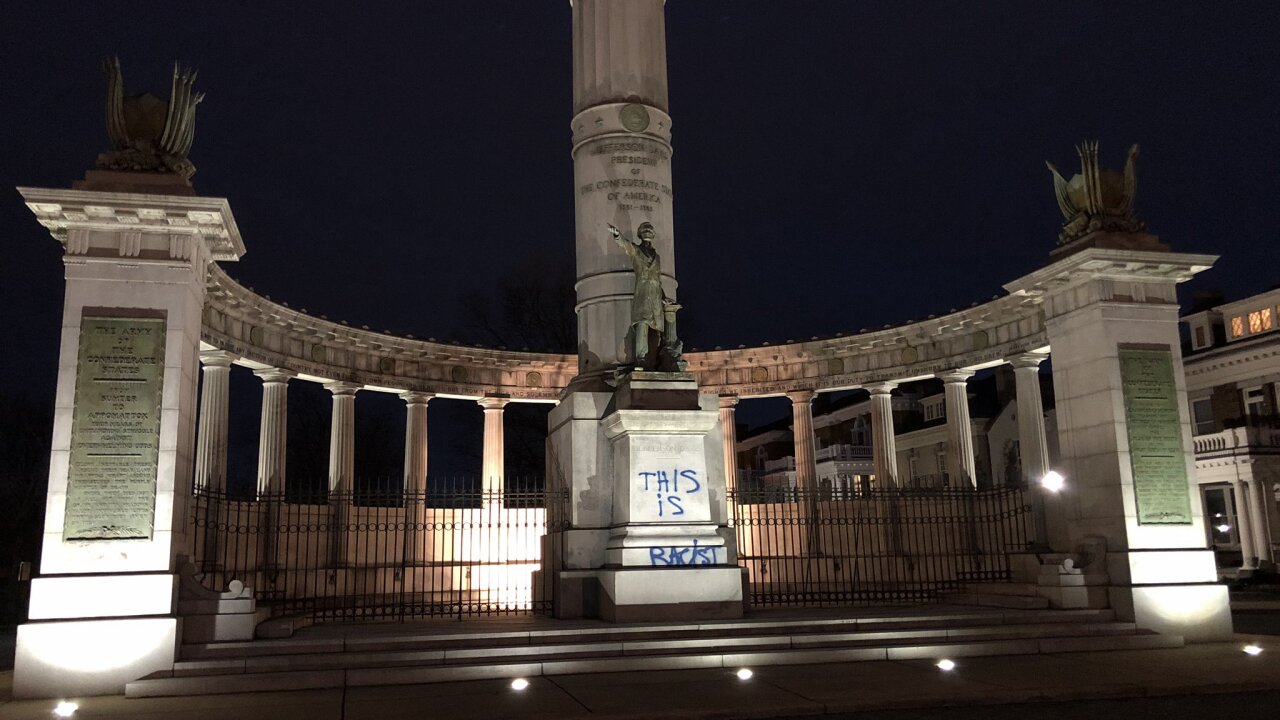 RICHMOND, Va. (WTVR) - In the hours after Richmond City Council voted to ask the Virginia General Assembly for authority over the Confederate monuments in Richmond, someone spray painted concises messages on the monuments.

It is unclear, at this point, when someone spray painted the words "This is Racist" on the monument honoring Confederate President Jefferson Davis. It is located on Monument and Davis avenues.

The phrase "God is Gay" was spray painted on the monument to Confederate General Stonewall Jackson located at the intersection of Monument Avenue and Arthur Ashe Boulevard.

A sight some residents say is awful. "I just think its inappropriate for anyone to do that. Its other avenues you can do beside destroying property." said Sharon Watson.

One of the monuments: Jefferson Davis was found with Graffiti on it stating “ This is Racist” in blue paint.

Stay tuned to @CBS6 as this is a developing story. pic.twitter.com/Tkb2A692E9

Law enforcement was spotted patrolling the monuments along Monument Avenue in the pre-dawn hours Tuesday.

The spray-painted words were first noticed by a CBS 6 news crew at about 7 a.m.

Within hours, crews were out on the scene removing the graffiti.

The confederate statues on Monument Avenue have been a hot button issue in recent months.

On Monday night, Richmond City Council voted 6-2 to ask state lawmakers for permission to control the Confederate monuments' fate -- whether that be to modify them, remove them, or leave them unchanged.

Richmond City Councilman Michael Jones, who brought forth the resolution, said his goal was dialogue.

"With removal never being on the table, there will never be a true dialogue," Jones said.

Multiple council members said if they got approval from the state, it would only begin the conversation about potentially removing or adding monuments.

Some residents are against the move, saying it wouldn’t change history. But others believe removing or changing the statues gives the city an opportunity to share a whole new story.

"I think more additions of the Kehinde Wiley statue and other statues showing African American struggle and America and other status depicting all points of view would be very very helpful." said Ned Ruffin.

Jones had brought forth earlier versions of the resolution in December 2017 and again in October 2018. Richmond City Council rejected both resolutions. One reason the resolution passed in this time may be because the Virginia General Assembly flipped from Republican control to Democratic control during the November 2019 election.

While the resolution has now passed city council, no action has been taken yet by state legislature. That will likely happen during this year’s general assembly session, which starts Wednesday.