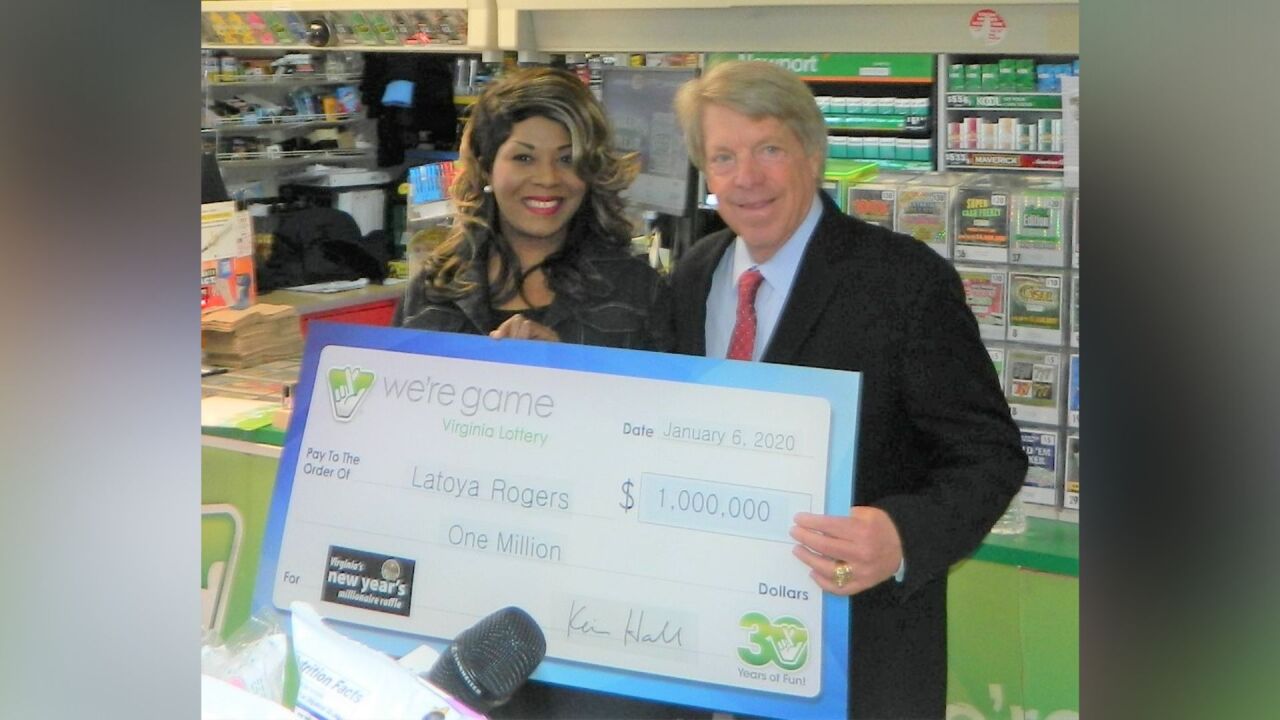 As LaToya Gray-Rogers’ husband was leaving for the store, she called out, “Hey, buy me a ticket.” She was referring to Virginia’s New Year’s Millionaire Raffle.

That’s how the Portsmouth woman ended up winning $1 million, according to Virginia Lottery News.

Her husband went to Getty Mart at 4100 George Washington Highway in Portsmouth and bought ticket #072100. When the winning numbers were announced on New Year’s Day, that ticket was one of three top prize winners.

“I couldn’t believe it happened!” she later said.

On January 6, she returned to the store to receive her check from Virginia Lottery officials. The store received $10,000 for selling the winning ticket. Gray-Rogers, who is a nurse, said she and her husband have no immediate plans for the winnings.

Gray-Rogers lives in Portsmouth, which received more than $13.4 million in Lottery funds for K-12 public education in Fiscal Year 2019. For more information and a complete list of Lottery funds distributed to Virginia school districts, visit the Virginia Lottery’s Giving Back page.