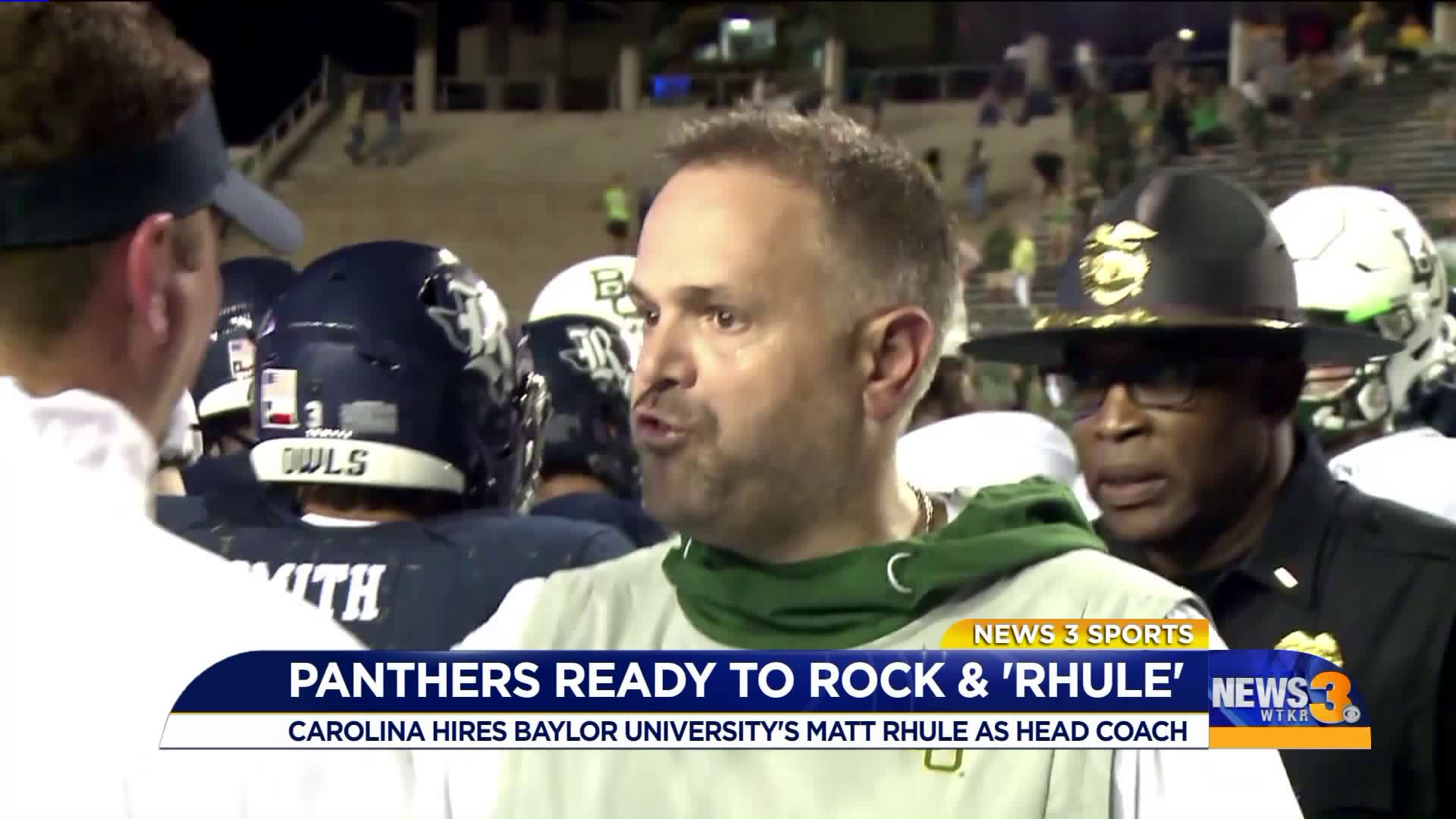 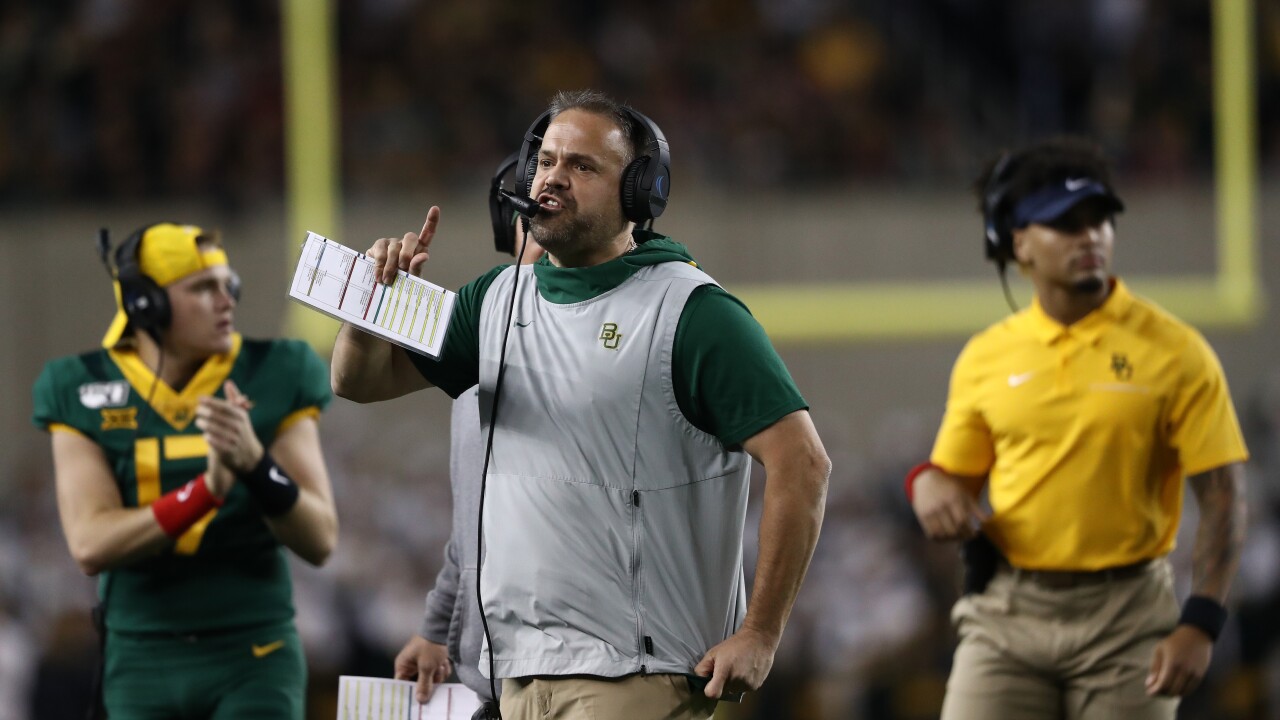 CHARLOTTE, N.C. (AP) — David Tepper is entrusting Baylor’s Matt Rhule to lead the Carolina Panthers out of what he views as a cycle of “long-term mediocrity.”

The Panthers owner hired the 44-year-old Rhule on Tuesday to become the team’s next head coach. He replaces Ron Rivera, who was fired with four games remaining in the 2019 season.

The deal is worth $62 million over seven seasons, with incentives to make even more for winning. said a person familiar with the situation. The person spoke to The Associated Press on condition of anonymity because the team has not released contract details. The NFL Network was first to report the contract terms.

The deal makes Rhule the sixth-highest-paid coach in the NFL, according to Forbes. The five coaches ahead of him — New England’s Bill Belichick, Seattle’s Pete Carroll, Oakland’s Jon Gruden, New Orleans’ Sean Payton and Baltimore’s John Harbaugh — have all won Super Bowls.

The Panthers met with Rhule at his home in Waco, Texas, on Monday, and Tepper liked what he heard and moved swiftly to make a hire. Rhule, who is from New York City, had been scheduled to visit with his hometown New York Giants later in the week and Tepper didn’t want to lose him.

“You have a new owner who is committed to doing things the best way. He’s a very much a process-oriented person,” Rhule told ESPN Central Texas radio on Tuesday. “That is really all I wanted. I wanted to go to a place that isn’t going to flail in the wind, that is going to be rooted and has a process they believe in. As we talked last night it was clear their process and my process could be one and the same.”

Rhule said it was difficult to leave Baylor, but that “I felt like my work was done and it was time to try and turn around another program.”

Rhule has a history of rebuilding college teams.

He was named Baylor’s coach on Dec. 6, 2016, after an investigation found the private Baptist university had not responded adequately to allegations of sexual assault by players, resulting in the firing of Art Briles. The Bears went 1-11 in their first season under Rhule in 2017 with a depleted roster, but the team improved to 7-6 in 2018 and won a bowl game. Baylor went 11-1 in the regular season in 2019 before losing to Oklahoma in the Big 12 championship game and Georgia in the Sugar Bowl.

Prior to Baylor, Rhule also helped rebuild Temple’s program, leading the Owls to back-to-back 10-win seasons in 2015 and 2016 after going 2-10 in his first season.

The Panthers are also in need of a major rebuild.

Carolina suffered seven-game losing streaks in the second half of the 2018 and 2019 seasons, and failed to reach the playoffs. The Panthers haven’t won a playoff game since 2015, when they went 15-1 in the regular season and lost to the Denver Broncos in the Super Bowl.

This marks the first time the Panthers have dipped into the collegiate ranks to hire a head coach. Previous coaches were Dom Capers, George Seifert, John Fox and Rivera. Perry Fewell was the interim coach after Rivera was fired, going 0-4.

The decision represents a bit of gamble for Tepper considering Rhule has only spent one season working in the NFL, that coming as an assistant offensive line coach for the Giants in 2012.

Tepper also said at the time he wanted a coach with an offensive background who would bring a “modern and innovative approach” to the game.

But Tepper made the decision that Rhule was his guy.

The son of a preacher, he has coached on both offense and defense during his coaching career, which began in 1998 at Albright College.

Tepper stressed in December it will take time to build the Panthers into a consistent winner — but he’s willing to be patient.