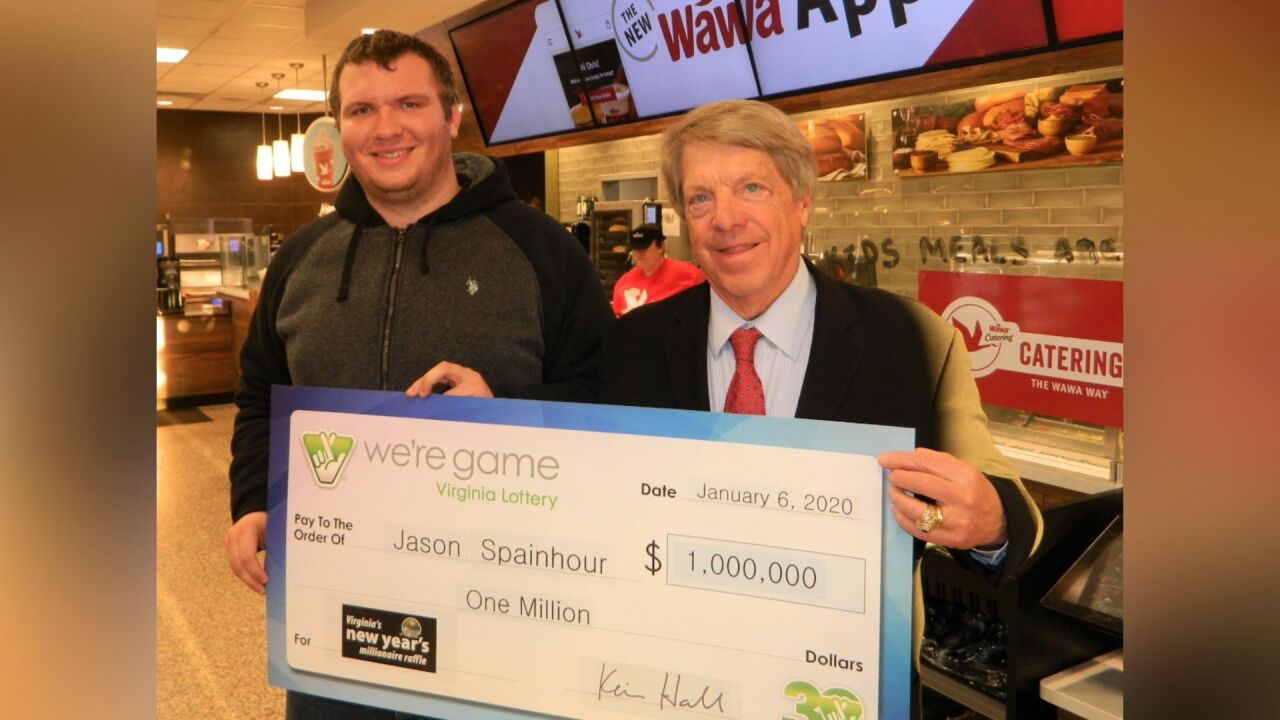 CHESAPEAKE, Va. – Imagine sitting in your car in line for the drive-through window, when you check the winning numbers on your phone for Virginia’s New Year’s Millionaire Raffle, and discover you won $1 million!

That’s what happened to Jason Spainhour, according to Virginia Lottery News. The Chesapeake man won one of three $1 million prizes in the New Year’s Day drawing.

“I was kind of stunned,” he said. “It was hard to go to sleep last night. It doesn’t seem real.”

He bought the winning ticket, ticket #182280, at Wawa at 720 Woodlake Drive in Chesapeake.

On January 6, he returned to the Wawa to receive his check from the Virginia Lottery. The store received $10,000 for selling the winning ticket. He said he intends to pay off his student loans with the winnings.

Spainhour lives in Chesapeake, which received more than $19.2 million in Lottery funds for K-12 public education in Fiscal Year 2019. For more information and a complete list of Lottery funds distributed to Virginia school districts, visit the Virginia Lottery’s Giving Back page.