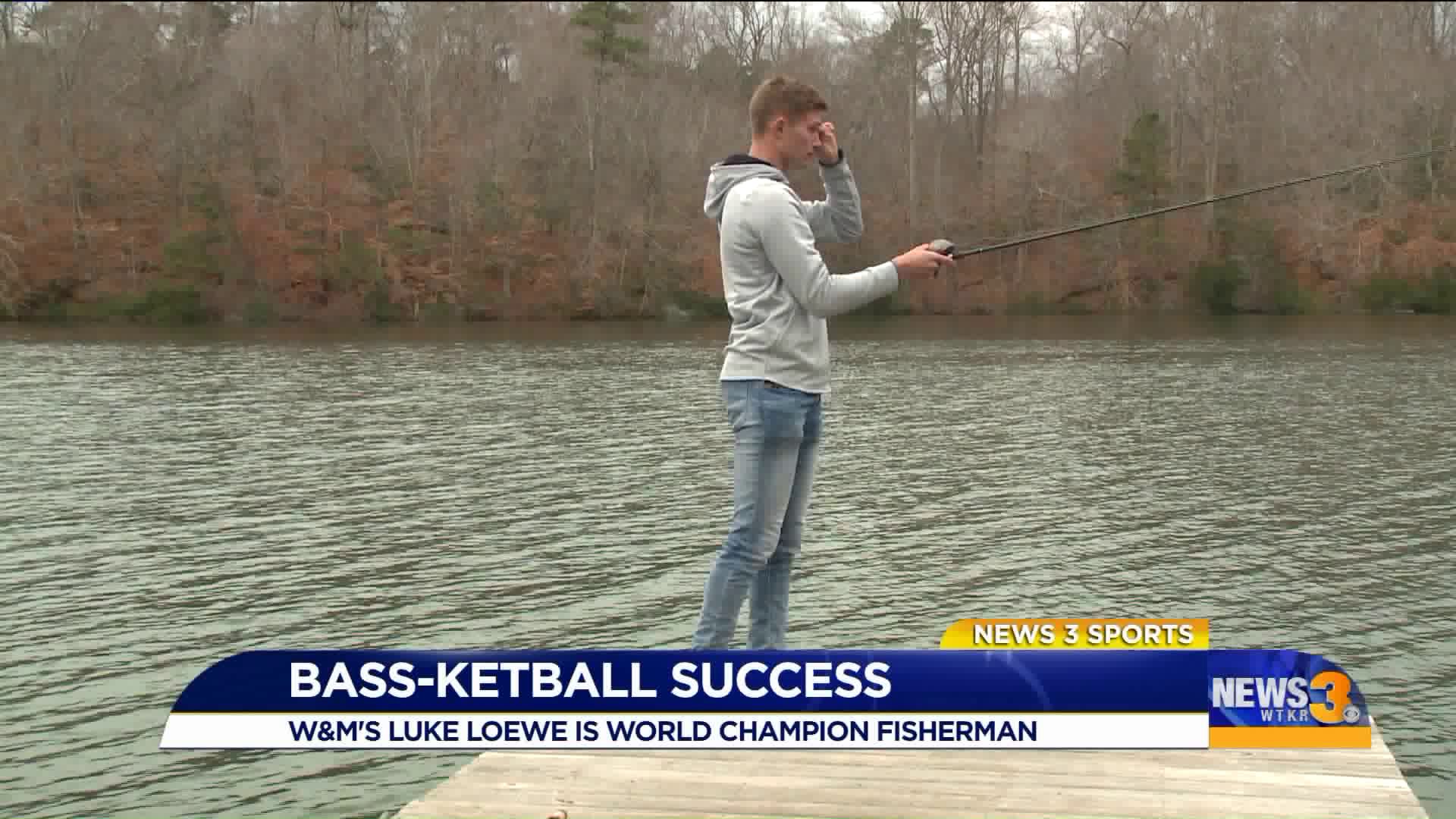 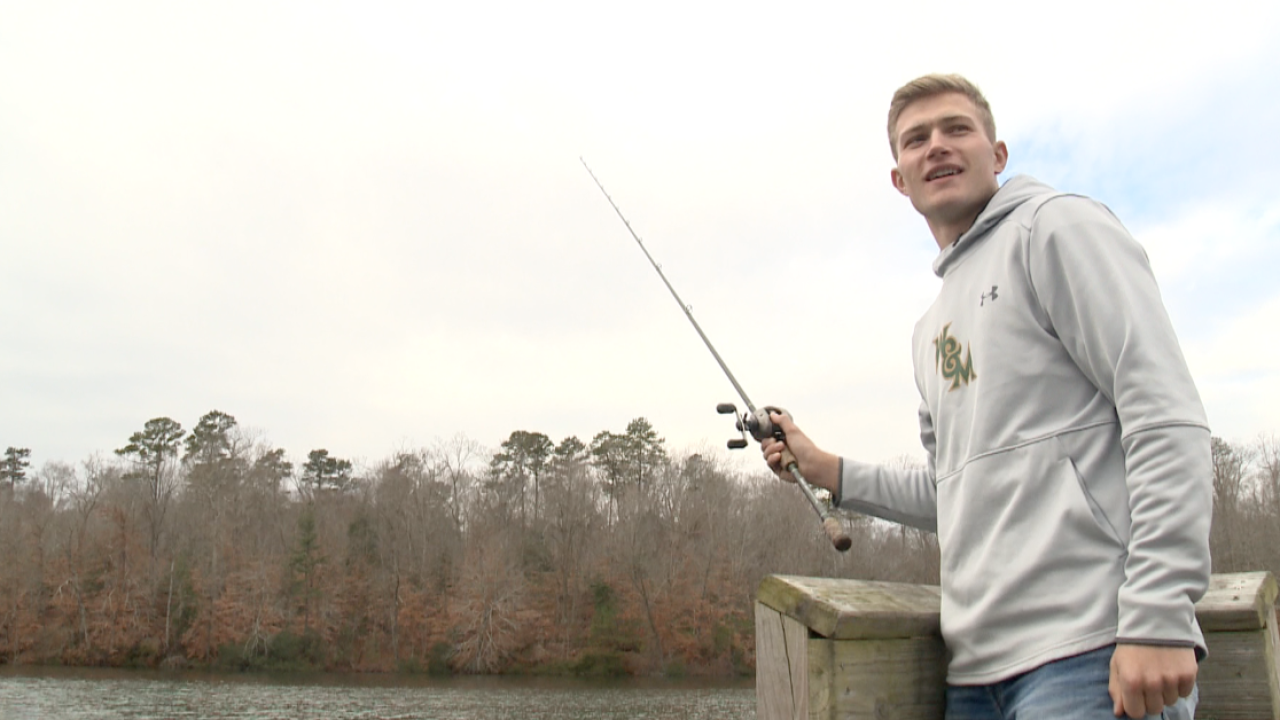 "As we started to progress through the preseason and into the early start of the season, I was really impressed with the chemistry that was developed off the court by this team," Fischer told News 3 Tuesday.

Seven of the Tribe's 11 wins have come away from home - the most road victories in the nation.

"When you’re on the road as much as we are, you’re around each other more," Fischer, hired as William & Mary's 31 men's hoops coach last April, explained. "You spend more time together - whether it’s just sitting in the airport waiting for your flight or on the bus or in the hotel, it gives you an opportunity to connect and bond a little more."

Roadtrips make it easy to mesh. But for the Tribe, there's a place to do that without taking a bus or a plane.

"Fishing and basketball are both momentum games, so there are a lot of similarities," Tribe guard Luke Loewe pointed out.

Loewe, a William & Mary junior and a Wisconsin native, is not only a starting guard for the Tribe - he's also a fisherman. A reel-ly good fisherman.

"When I was 14, I qualified for the world championship which was down in Louisiana," Loewe recalled. "It was a two day tournament, and I ended up winning – so that was pretty cool."

Last season, despite starting every game, Loewe averaged less than four points-per-contest. But this season, he's scoring 11.1 points-per-game while starting all 16 contests. So...what's the catch?

"When I first got here, fishing wasn’t high on my priority list," Loewe admitted. "I wanted to make sure I was focusing on basketball and school - my academics."

"If him going fishing is going to help him play like he is, then we’re going to send him out on a daily basis," Coach Fischer said smiling.

William & Mary is the first team in Colonial Athletic Association history, 35 years worth, to win three straight road games to start league play. And, every good story - especially a fish story, has multiple angles ... or anglers.

So, you can call Loewe's teammates his supporting 'cast'.

"A lot of the guys on the team are asking me to take them out on my boat and take them fishing," Loewe revealed. "I think I’m up to seven or eight of the guys I’ve taken. I think almost all of them have caught fish on their own, too. It’s cool to introduce them to fishing – because a lot of them have never fished."

Coach Dane is not the only successful 'Fischer' helping lead William & Mary to success.