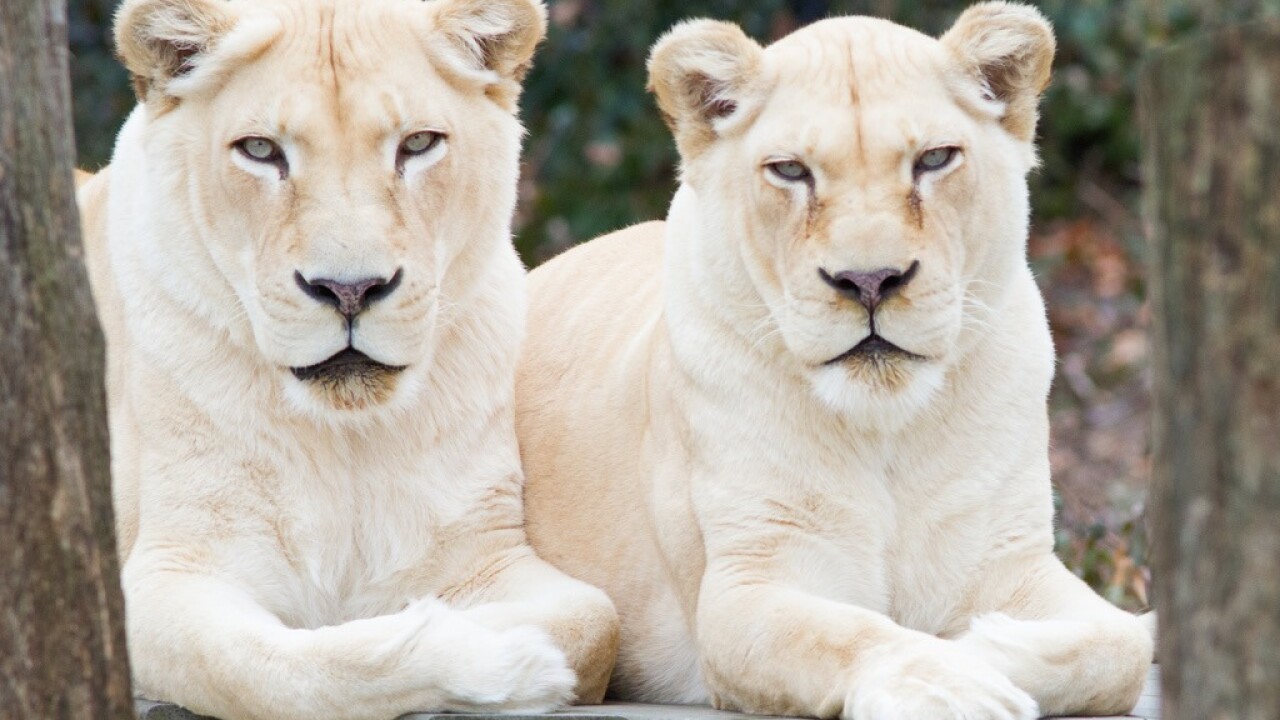 Zoo officials said they made the difficult decision to euthanize the lion, Prosperity, because zookeepers observed her mobility and quality of life decrease over a period of several months.

The median life expectancy for white lions is 16 years. Zoo officials attribute Prosperity’s longevity to the special geriatric enrichment, diet and care she received from their care team.

Prosperity was born in Las Vegas under the care of the famous Siegfried and Roy, where she was raised by Roy himself. She was brought to the Cincinnati Zoo in 1998.

Laura Carpenter, one of Prosperity’s longtime caregivers, wrote about her memories of Prosperity in a blog post for the Zoo. Carpenter said she wasn’t sure the lion would be able to transition from star treatment to zoo life.

“Prosperity began her life in the limelight of Las Vegas and would be brought out on stage in a limousine. She was used to a very privileged life and came to us on her own private jet and was fed from a silver platter. Because of this, I had my doubts about her assimilating to a lifestyle in a zoo. But she got along just fine and grew to love our [lions].”

According to the blog post, Prosperity would go on to be named the official mascot of the U.S. Senate and mother three male cubs and one female. The males were eventually transferred to the Toledo Zoo, while her daughter, Gracious, remained in Cincinnati.

Gracious, now 18 years old, will be monitored closely and receive extra care while she adapts to life without her mom. Because Gracious is also considered to be elderly for her species, the Association of Zoos and Aquariums did not recommend she be moved to another facility to live with other lions, the Zoo said.

Carpenter said Prosperity was “the most special of lions.”

“You have been the best lion anyone could have hoped for,” Carpenter said. “I am most honored to have gotten to take care of you these many years.”