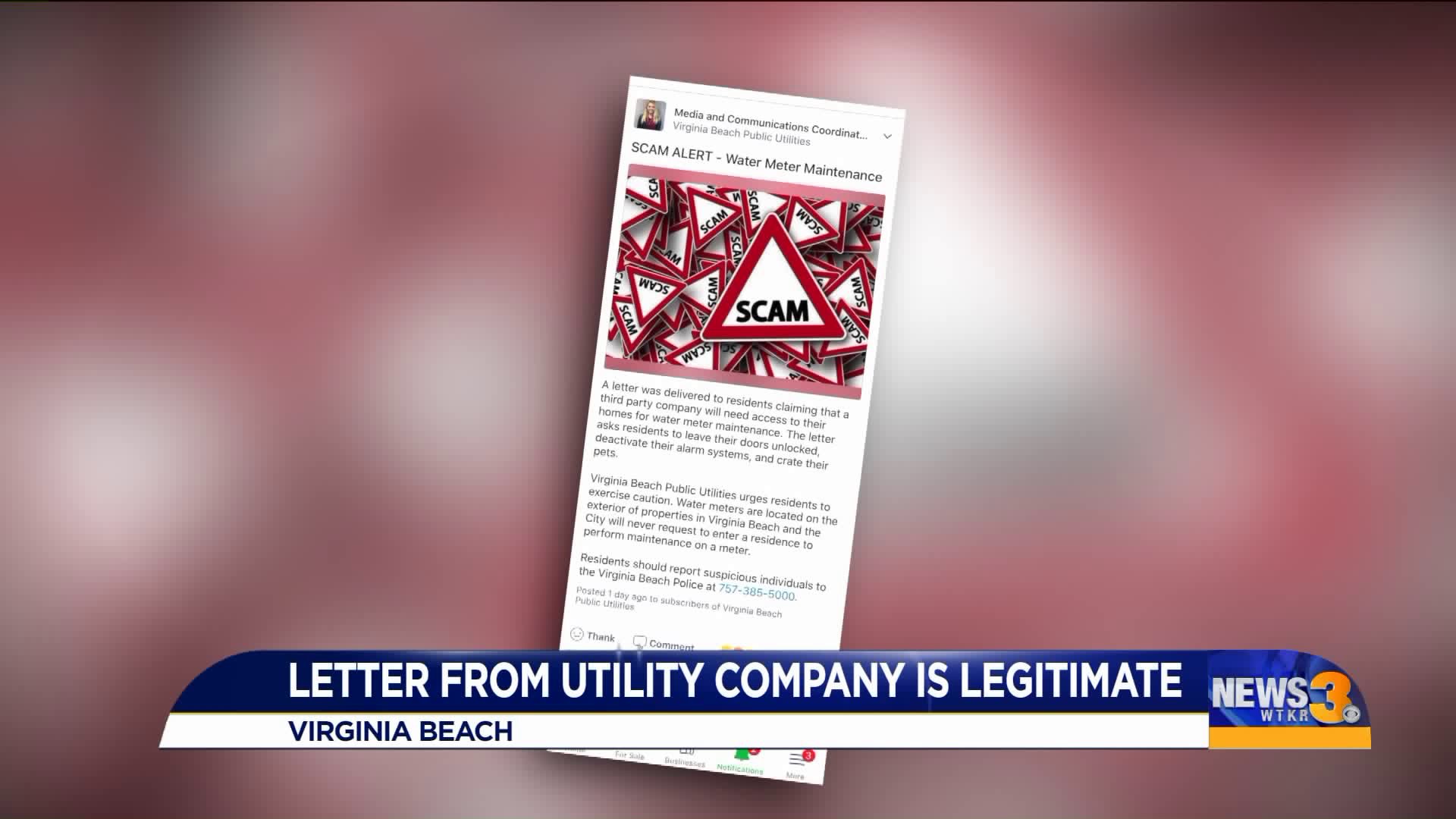 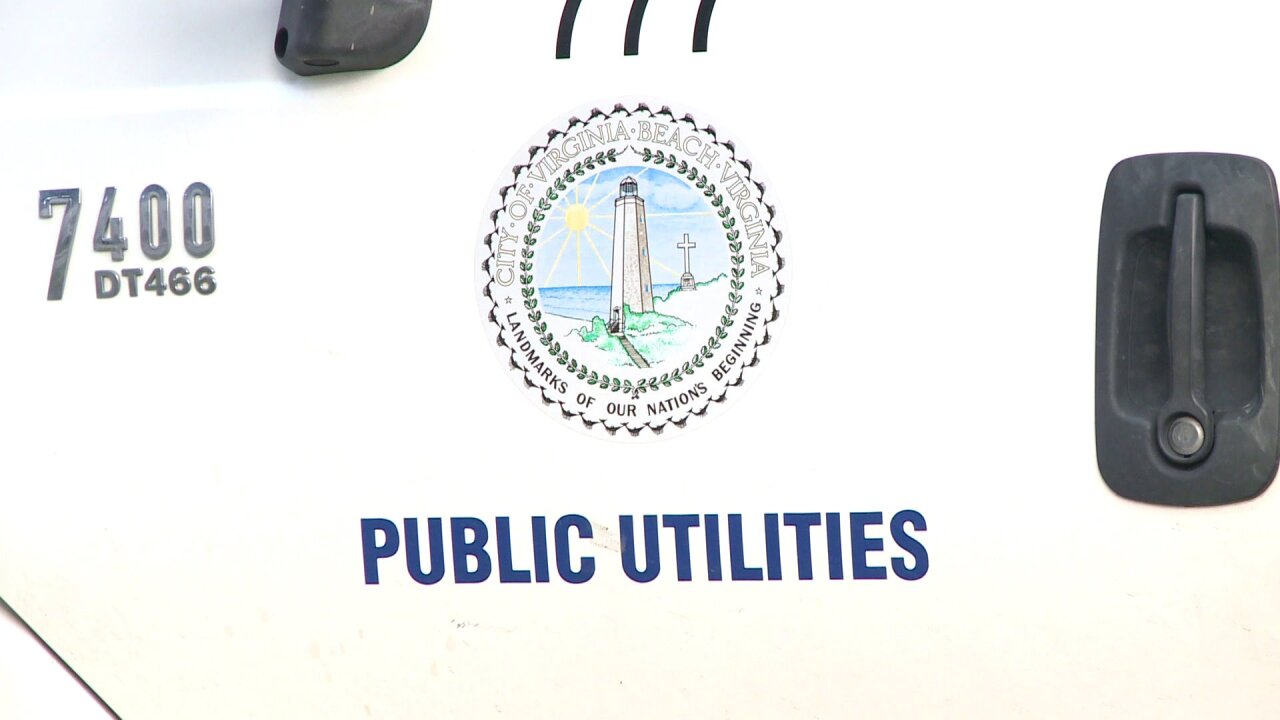 Tuesday, Virginia Beach Public Utilities contacted News 3 to inform us it was actually not a scam.

The city originally said a letter was delivered to residents claiming that a third-party company needed to access their homes for water meter maintenance. The letter asked residents to leave their doors unlocked, deactivate their alarm systems and crate their pets.

Virginia Beach Public Utilities have confirmed that the letter from the third-party company was legitimate.

Both entities told us the letter was sent to a property owner in the city who had an account with the company. That person then reported the letter to the department.

The department issued the warning across social media platforms such as Nextdoor. We asked them if they reached out to the company, Water Systems Inc., afterwards.

Water Systems Inc. told us they do have an account with a condominium complex in the city, but they were unable to go into detail.

They denied our request for a phone interview, but they say a statement will be released. We will update this story with the statement once we get it.

If you have any questions regarding Public Utilities work in your neighborhood, you can call (757) 385-4171.