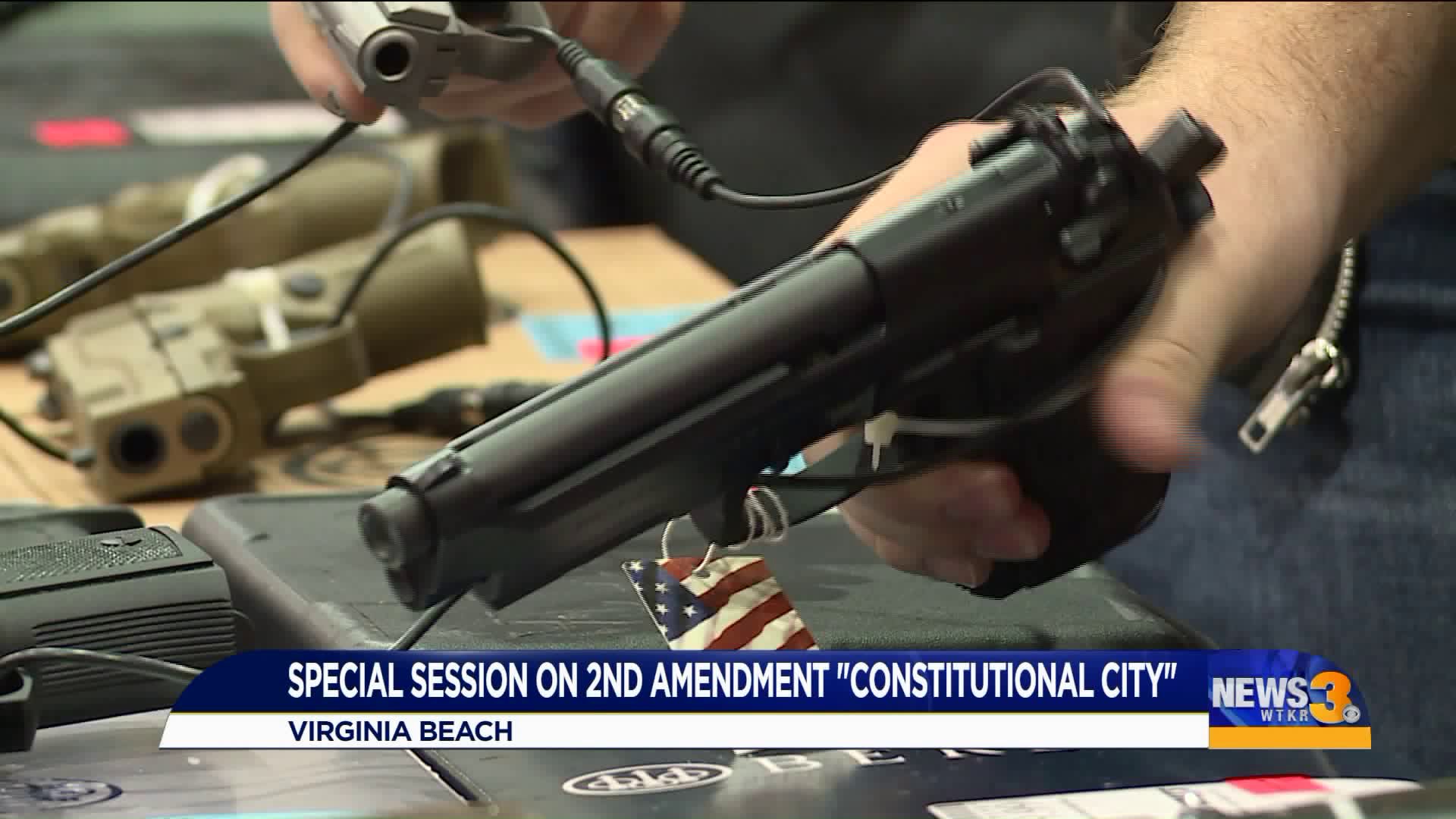 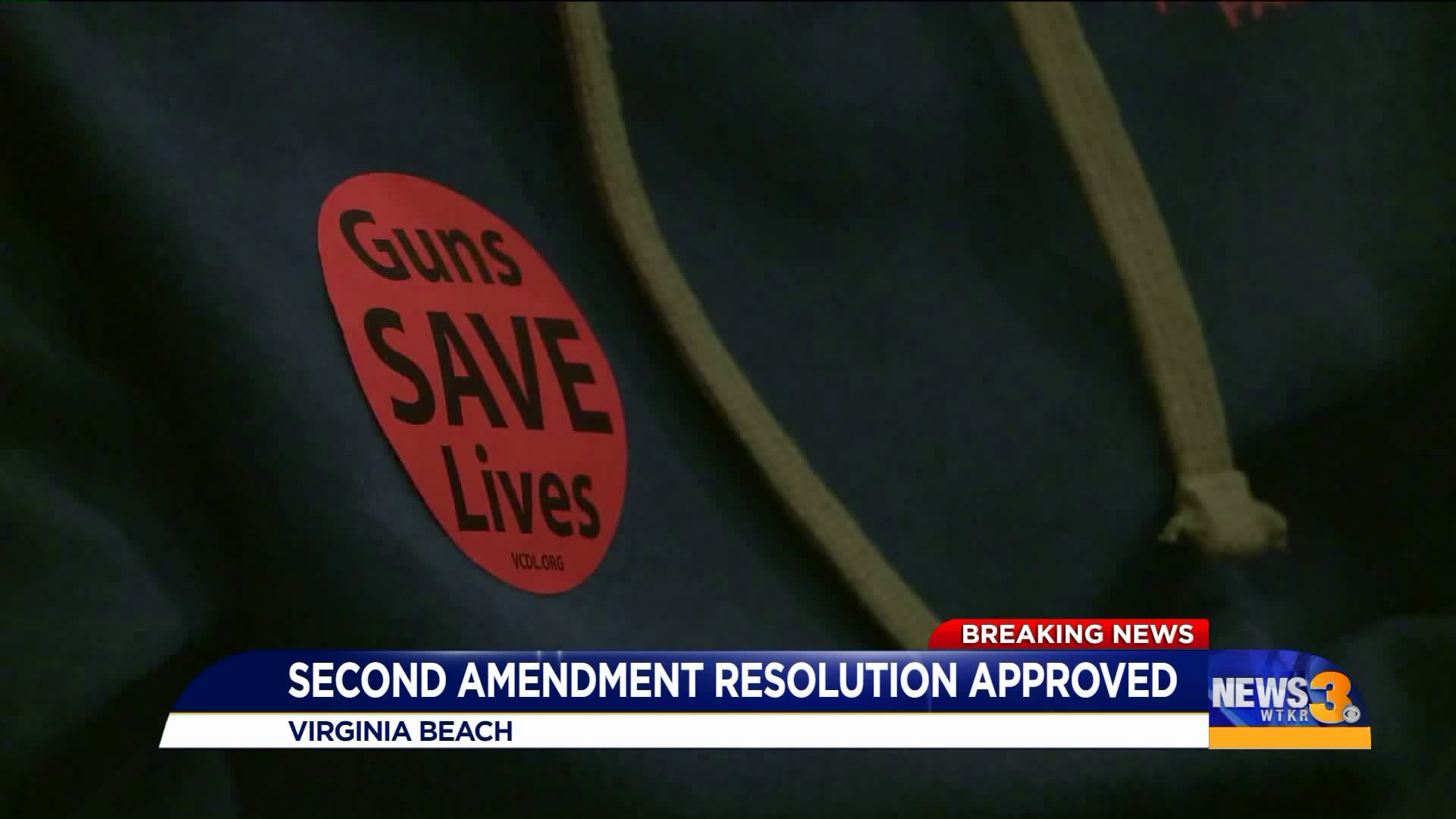 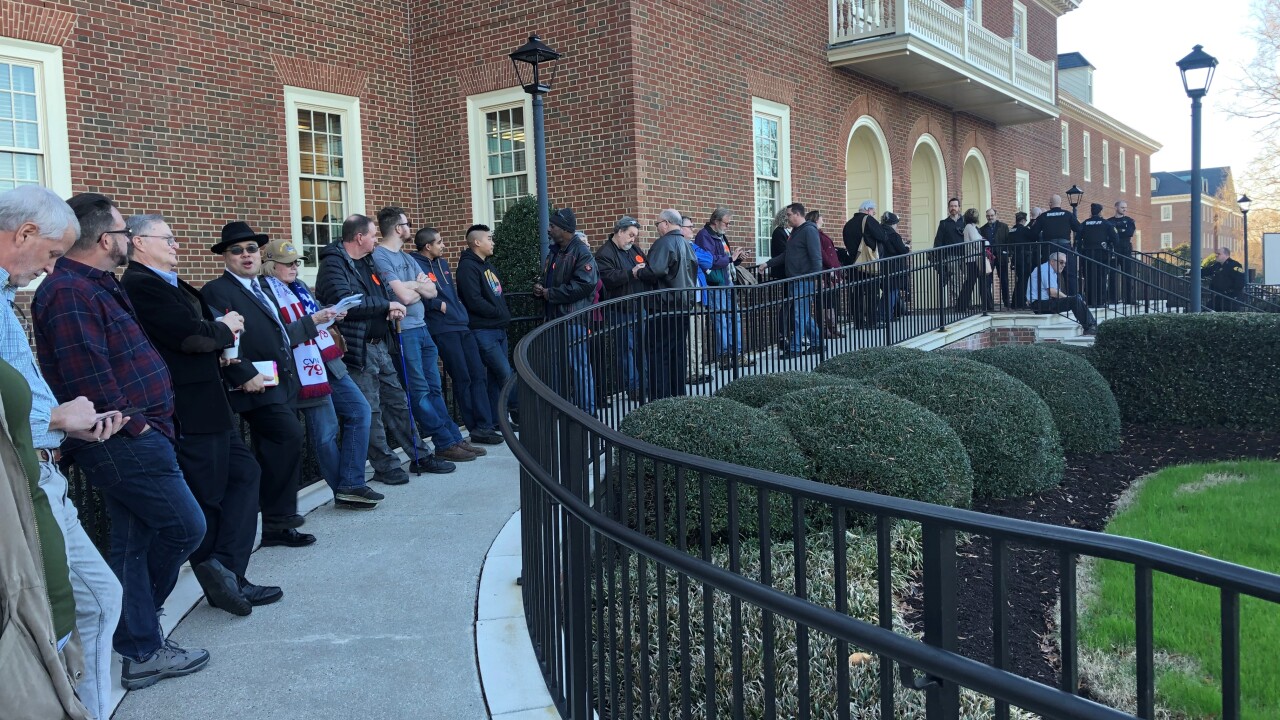 The resolution was adopted with a vote of 6-4. Mayor Dyer, Vice Mayor Wood, Council Member Moss, Abbott, Berlucchi and Wilson all voted yes.

Council Member Henley, Jones, Rouse and Wooten voted no. Council Member Guy Tower was absent, but expressed his opposition in a Facebook post.

More accurately, the title of the resolution passed is: “A resolution in support of second amendment rights”

Attached below for your reference: pic.twitter.com/tnLjcSoUHf

This is the first time in two decades Democrats control both chambers of the General Assembly. Governor Ralph Northam and other Democrats have promised changes to gun control.

Gun owners statewide have turned out to local meetings protesting potential infringement of their Second Amendment rights before the General Assembly would go back in session.

Monday night's special session in Virginia Beach was the latest. 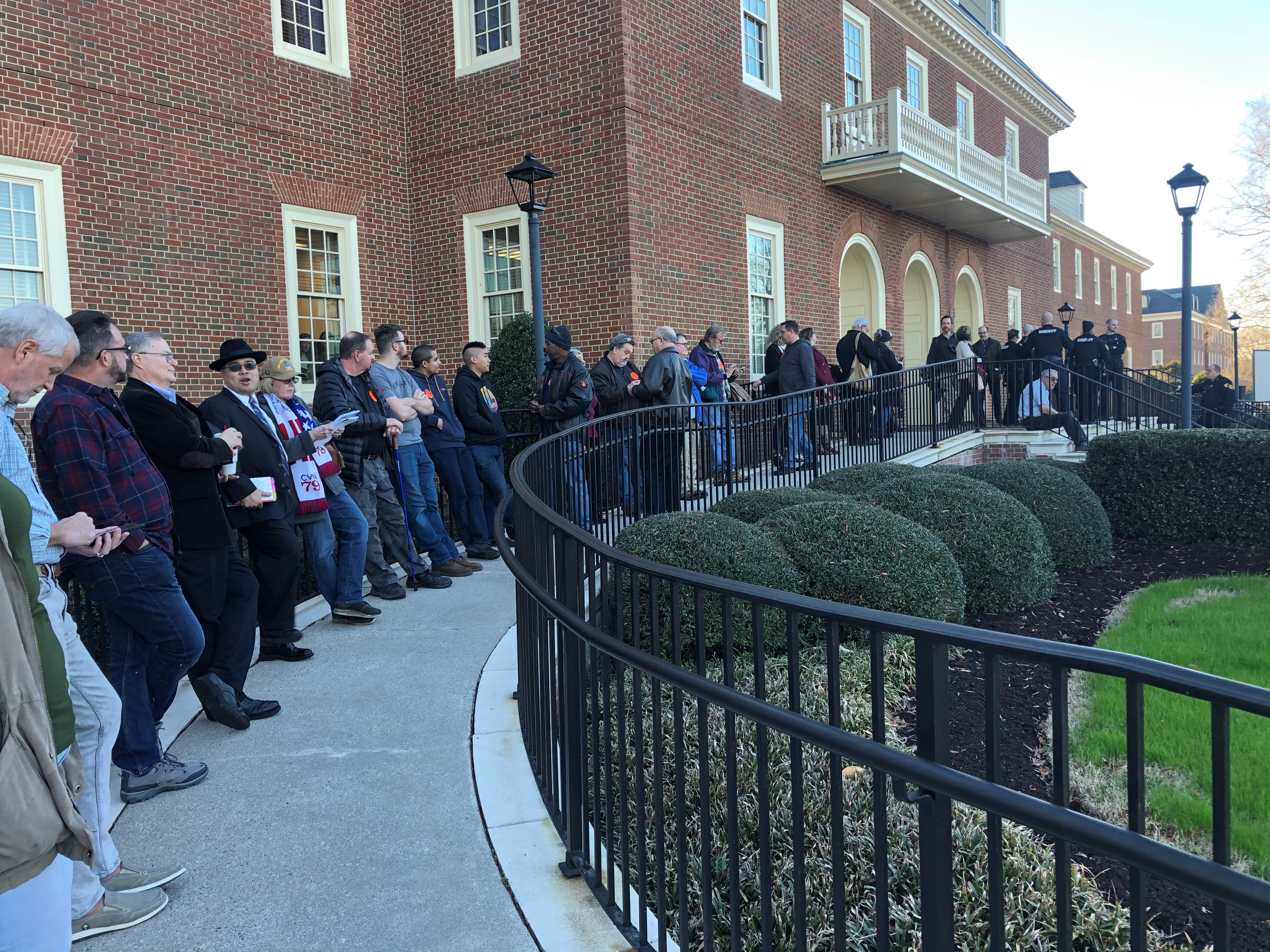 There are many different opinions going around. Some are for a constitutional city, while others are wanting stricter gun laws.

Monday's meeting - another packed session - was open to the public. It was held at Virginia Beach City Hall at 6 p.m.

The special session is just getting started and WOW look at this crowd gathered outside! There are also more people upstairs and in the lobby.. in total I would say hundreds are here pic.twitter.com/8lPfYPk5IF