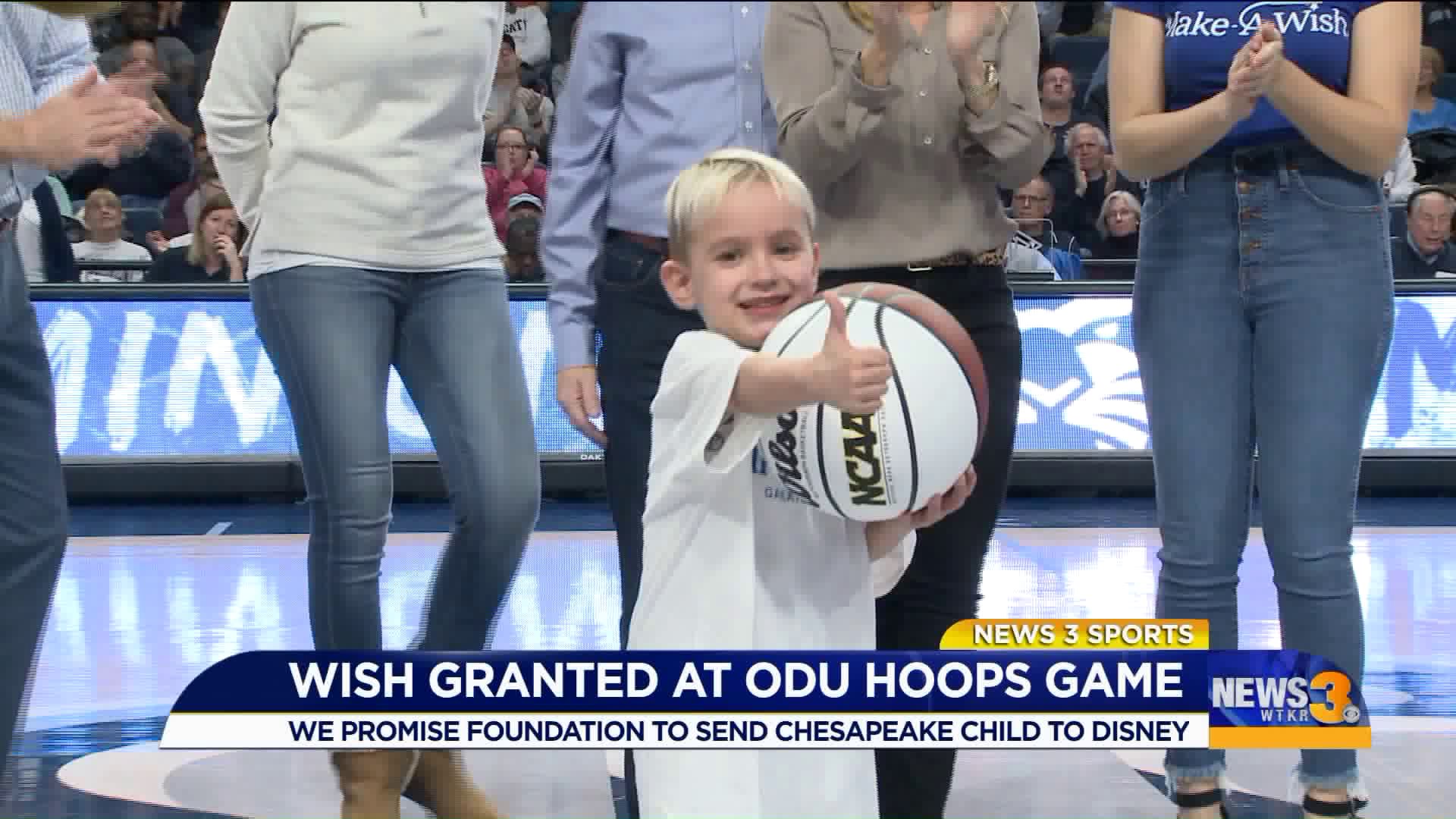 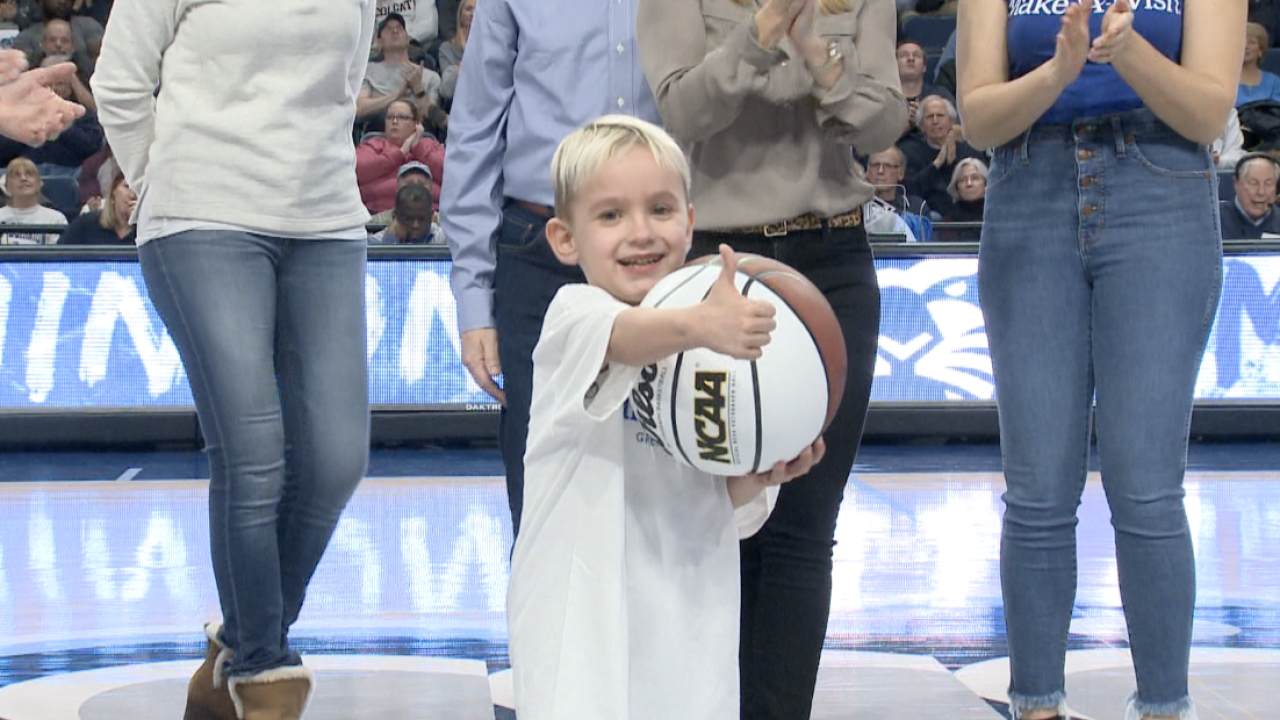 NORFOLK, Va. - Saturday night, the Old Dominion University men's basketball team won its third straight game, defeating Alabama-Birmingham to start 2-and-0 in Conference USA play. But, long before the final buzzer, there were smiles and cheers inside Chartway Arena.

During a timeout late in the first half, four year-old Alexander took the floor with a basketball in his hands and a smile on his face.

Alex is a four year-old who lives in Chesapeake. He is suffering from kidney failure.

In front of 6,494 in attendance, the We Promise Foundation, the charitable arm of Chartway Federal Credit Union announced - through a partnership with the Make-A-Wish Foundation-Greater Virginia, that Alexander will have his wish granted. He's headed to Disney January 16th where he'll enjoy a Toy Story experience.

Alexander and his family were joined at mid-court by members of  the We Promise Foundation board, Make- A- Wish representatives, ODU Cheerleaders and mascot Big Blue.

Launched in 2005, the We Promise Foundation's mission is to strengthen the communities it serves by partnering with companion charities, sponsors, and contributors to provide the financial support needed to make dreams and wishes come to life for children facing medical challenges. Since 1999, Chartway and We Promise Foundation have raised over $11 million to help thousands of children through our partnerships with numerous chapters of The Make-A-Wish Foundation, St. Mary’s Home for Disabled Children, Families of Autistic Children in Tidewater, Toby’s Dream Foundation, Roc Solid Foundation, Children’s Hospital of The King’s Daughters and other charitable children’s groups who share our passion and mission to make a difference.