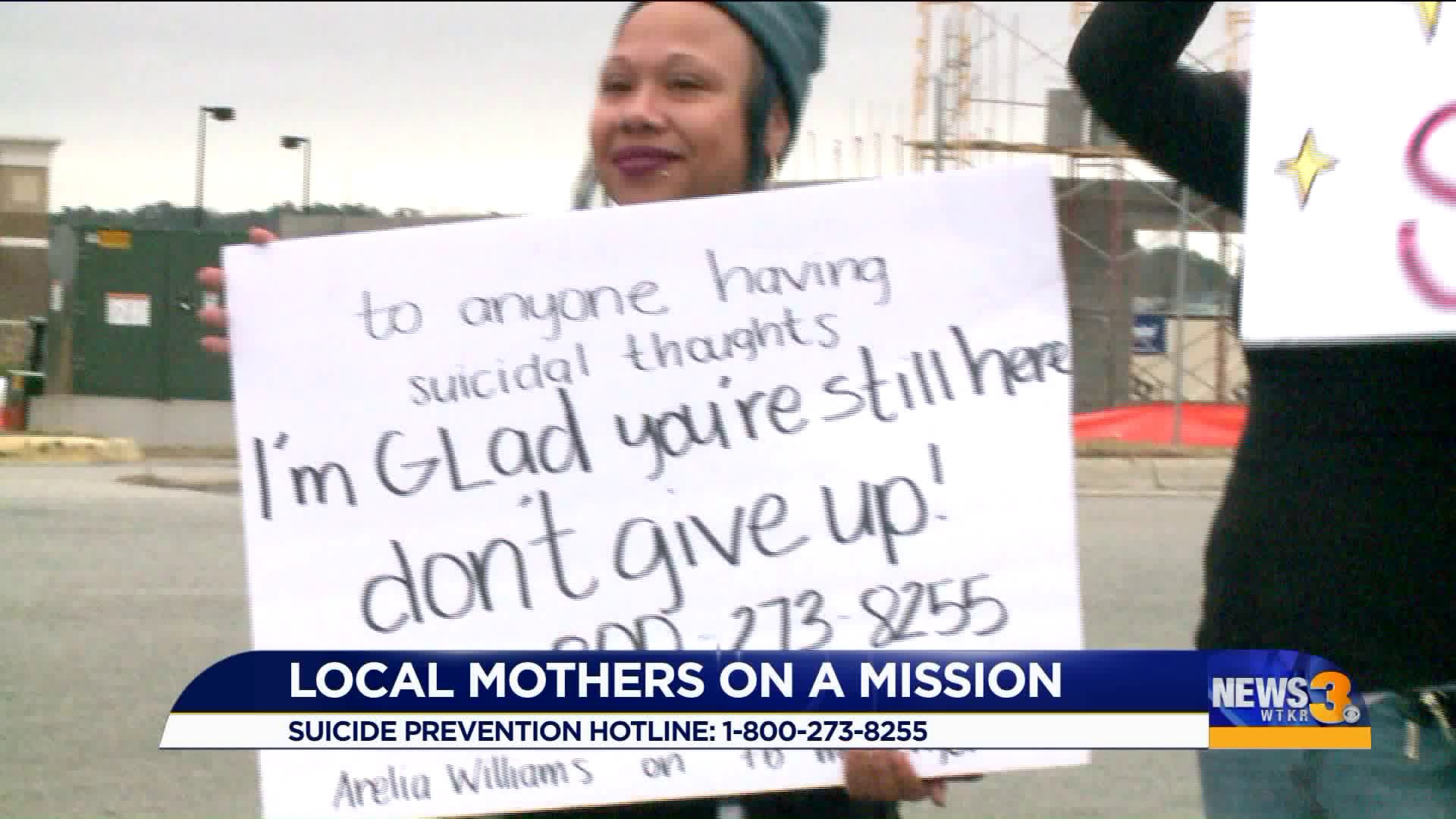 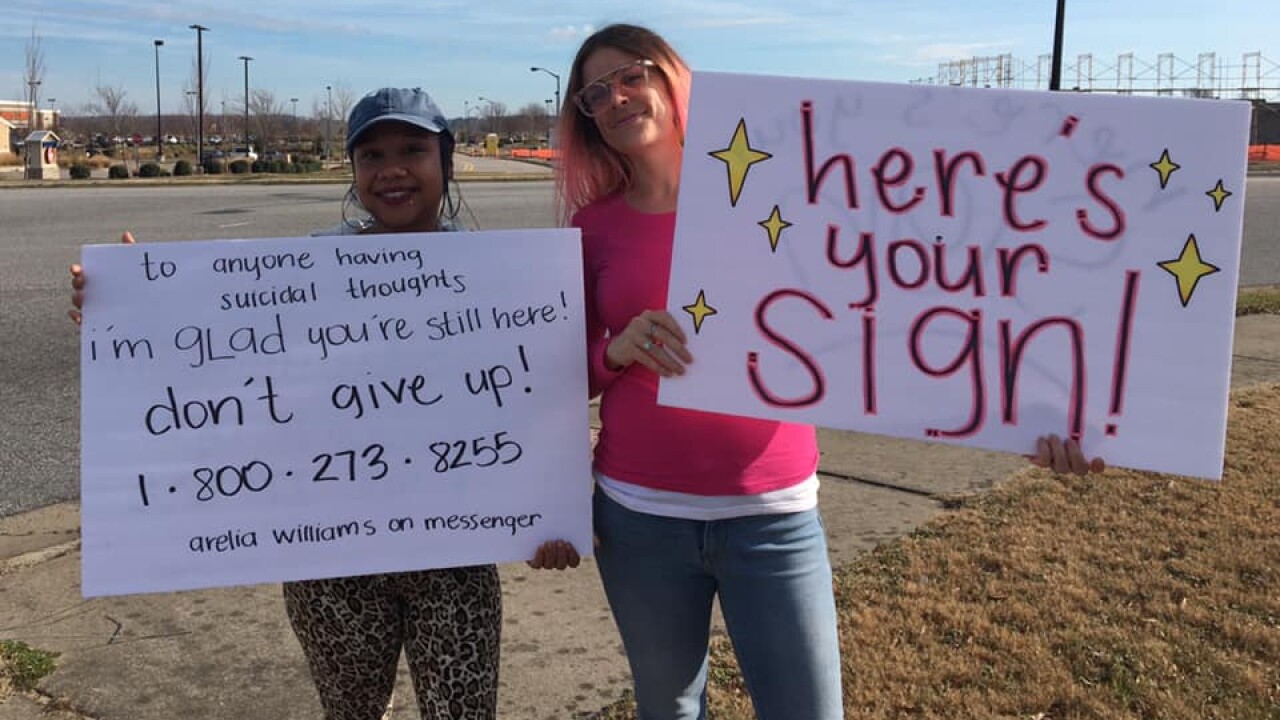 ELIZABETH CITY, N.C. - It was a message of hope from an unexpected source.

On December 28, Arelia Williams and Keegan Ulch set up shop at the busy Tanglewood Pavilions Shopping Center in Elizabeth City with nothing but a couple posters.

Ulch's read "Here's your sign" in big letters to attract attention from drivers leaving Walmart. Williams' read "Don't give up. I'm glad you're still here." with the number for the Suicide Prevention Hotline, 1-800-273-8255.

The two were out there a couple hours that Saturday morning. Williams says she came up with the idea two days prior.

“I was having a crappy holiday. I was like, 'for my birthday, which was Thursday, instead of going out because I really don’t go out, how about I make someone else feel better?'," she recalled. "I’m really glad that I did because it turned into people reaching out and saying thank you, which they don’t need to thank me because we’re in this together. "

When Williams posted a picture of herself and her friend holding their signs, it was shared more than 100 times on Facebook.

She and Ulch hope their effort, however small, gets people to talk about mental health and suicide.

"We want to have a conversation about mental health, we want people to know it’s okay to not be okay all the time," said Ulch. “We had people rolling down their windows just thanking us for being here."

Williams, a mother of four, tells News 3 she's struggled with mental health and depression for a long time, as did her mother.

“You’re not alone and you got this and when you feel like you don’t got this, we’ve got this together and there’s always a brighter side. There’s always a rainbow," she said.

Williams and Ulch say they're not finished. Because the response from the first time they went out with their signs, they're planning to do it again on Saturday and beyond.