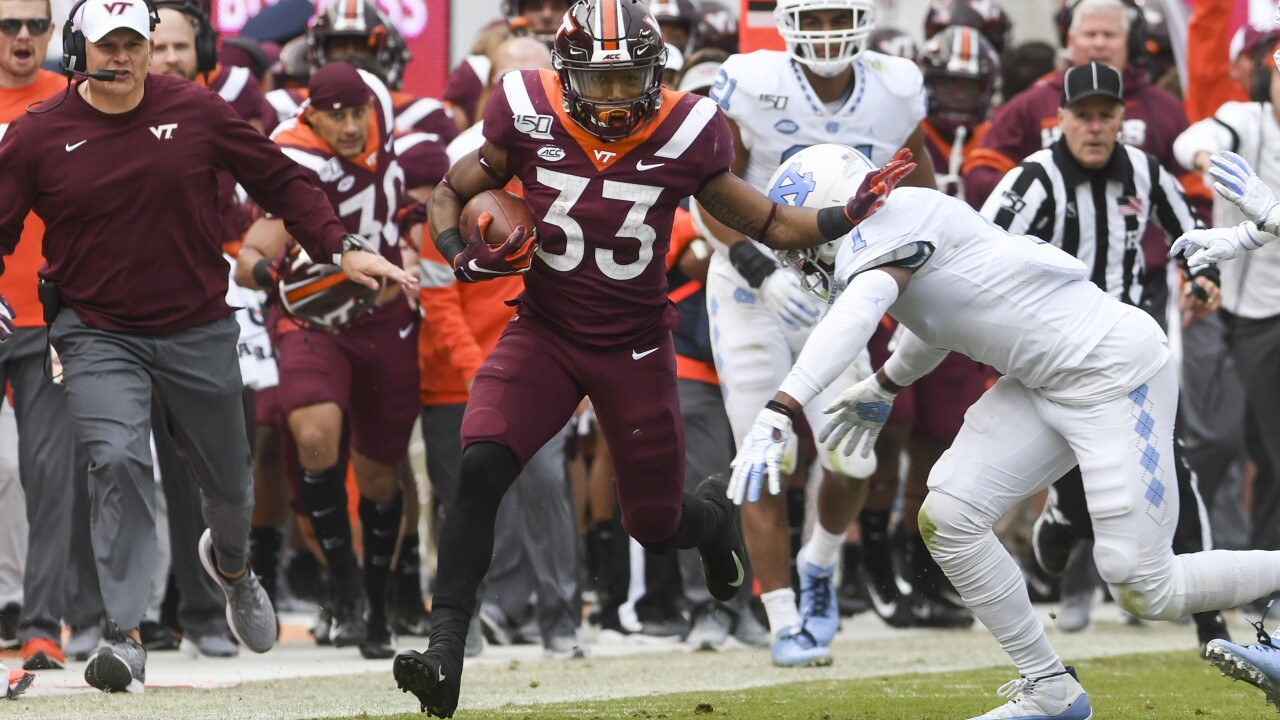 McClease, an Oscar Smith High School alumnus, made the announcement Monday on Twitter.

The 5-foot-9, 190-pound redshirt junior ran for 843 yards and seven touchdowns this season, including 126 yards and a touchdown in the Hokies’ 37-30 loss to Kentucky in the Belk Bowl.

In his tweet, McClease thanked the coaching staff for playing “a major role in my transition from a boy to the man I am now.”