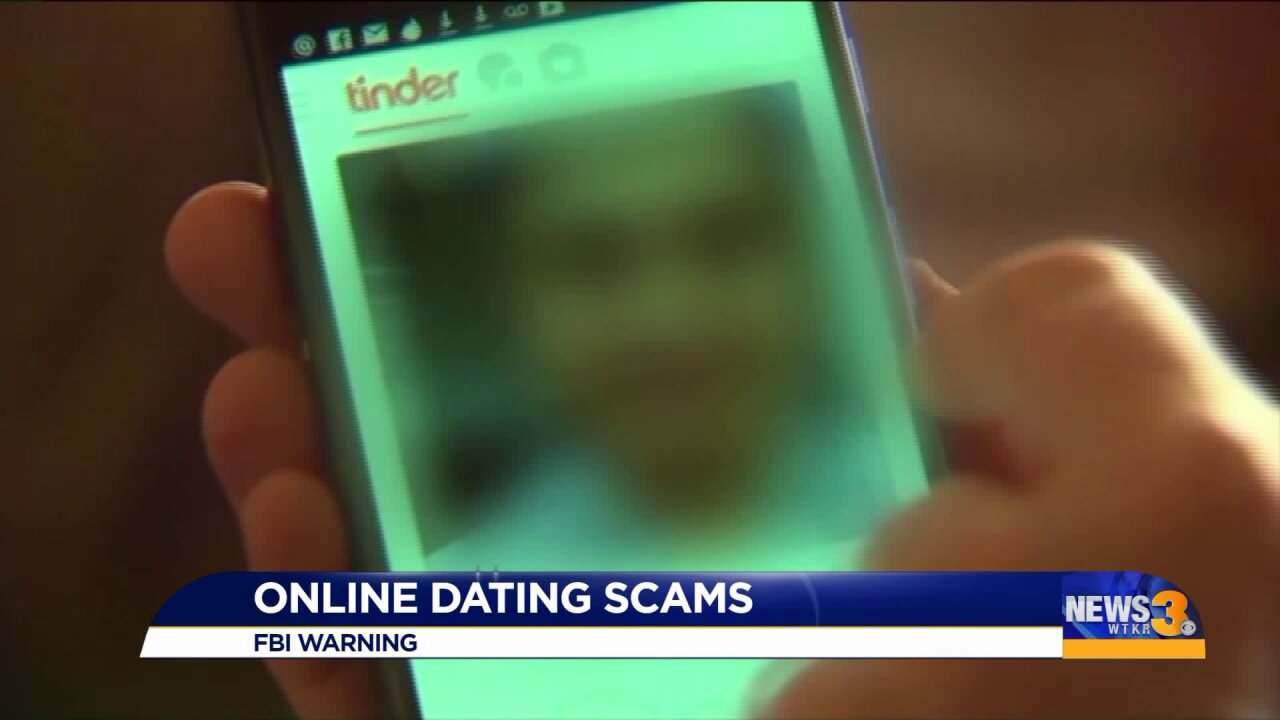 ELIZABETH CITY, N.C. -- The Federal Bureau of Investigation issued a tweet on Sunday, warning online dating users to be wary of romance scams. These kinds of scams involve scammers exploiting a victim's emotions to gain trust and make off with their money.

The warning came out on the same day developers for online dating apps said they noticed an increase in users. The day was called "Dating Sunday."

So, what is the difference between online romance scams and other kinds of scams? Murugan said potential victims may not recognize the "red flags" that would give away other online scams.

Murugan added that the victim may be lulled emotionally and affectionately to not notice those red flags, especially if they have been seeking a relationship. The FBI shared a video story with News 3 that described a similar situation.

"I knew that - just based on the conversations that we’ve had - that he was someone that I would like to meet," the unidentified victim in the video said.

The victim said she felt a "real soul connection" and that they would sing, pray and share photos with each other. Instead, this person made off with $2 million from her.

“My mind keeps me from thinking of him that way because there can’t be a man in this world that could be this horrible to have purposefully done what he’s done to me," the victim said.

Her complaint is one of the more than 1.5 million online complaints reported to the FBI's Internet Crime Complaint Center, or IC3, between 2014 and 2018. Those stats are for overall online scams. For romance scams, the FBI said there were about 15,000 complaints that resulted in a total $230 million lost.

Murugan said people may not report these scams because they may feel shame in falling victim. As for prevention, he said people should entirely rely on anti-phishing software.

"If you’re willingly giving out information, those technologies are not going to protect you," Murugan said.

The FBI has the following suggestions for people using online dating sites and apps:

Take it slow to avoid getting swept off your feet in a romance scam. Scammers intend to establish a relationship quickly, gain trust, and propose marriage. Eventually, they will ask for money and disappear offline. Read the story of one victim at https://t.co/Cto4MxRpoS.