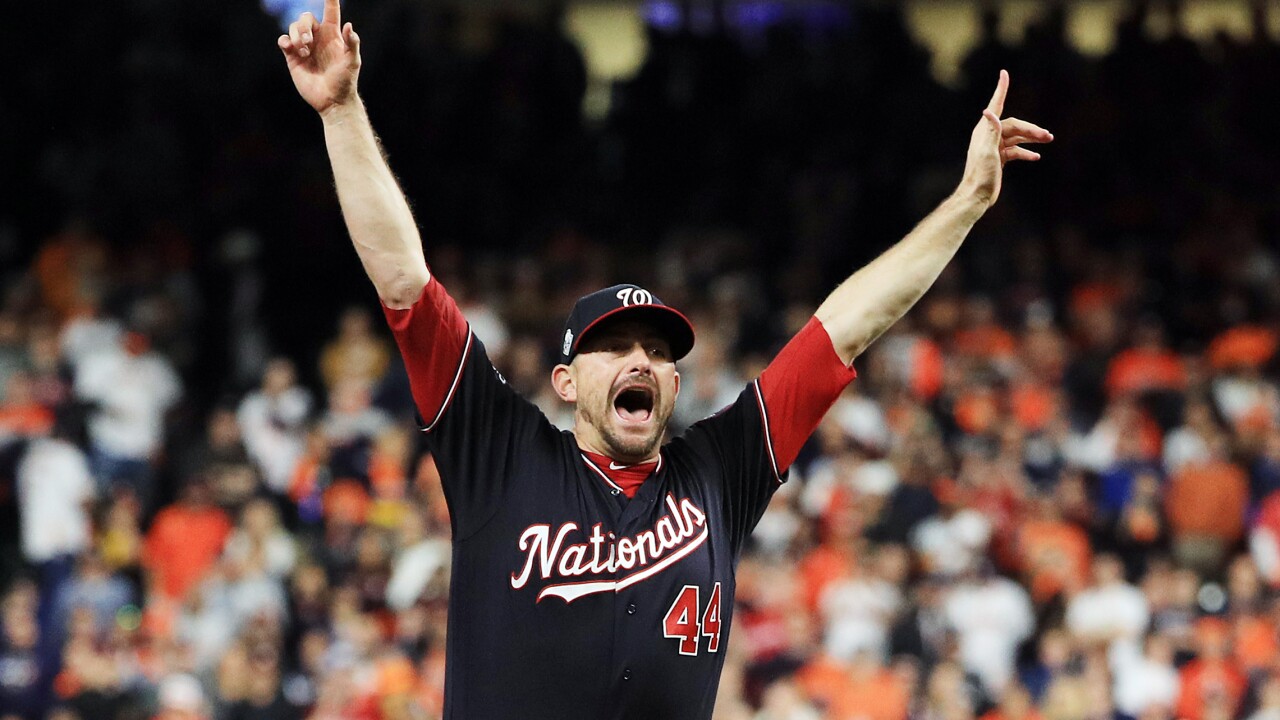 WASHINGTON, DC – The man who ended the 2019 World Series has not ended his tenure in Washington, DC.

Daniel Hudson, the Princess Anne High School alumnus who starred at Old Dominion University, has agreed to a two-year deal to return to the World Champion Washington Nationals. The story was first reported by ESPN’s Jeff Passan and a source close to Hudson confirmed the signing to News 3 Sports Director Adam Winkler.

Pitching for his sixth team in four seasons, Hudson, who turns 33 years-old in March, appeared in 24 regular season games for the Nats last season after being traded to Washington from Toronto July 31st. Of his 24 appearances, 14 times he finished a game – including six saves.

In the 2019 postseason, Hudson appeared in nine games – finishing six. He saved four games, including two in the 2019 National League Championship Series.

He was a fifth round selection by the Chicago White Sox in the 2008 MLB Draft.

Reliever Daniel Hudson and the Washington Nationals are finalizing a two-year deal, sources familiar with the agreement tell ESPN.

Daniel Hudson's deal with the Washington Nationals is for two years and $11 million, sources tell ESPN. He can earn another $1 million in performance bonuses related to games finished.