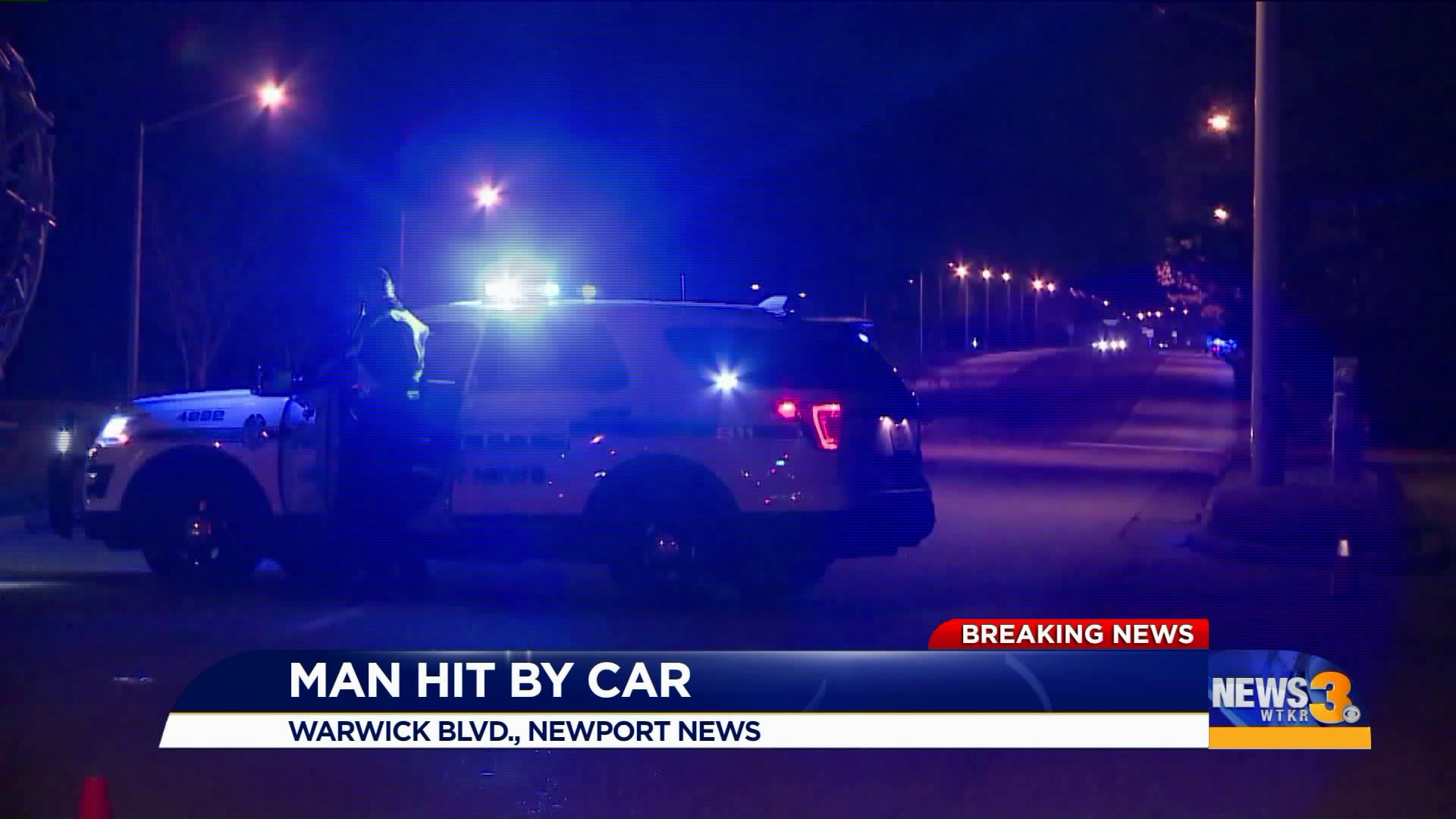 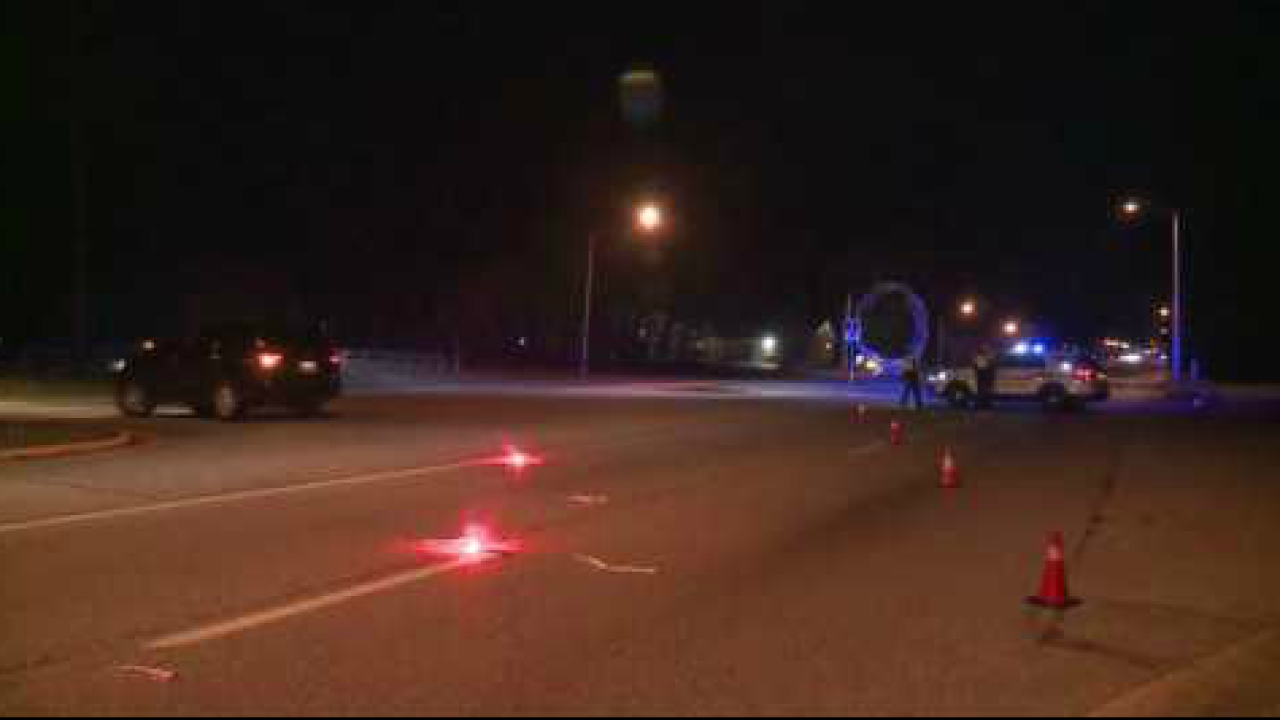 Around 7:40 p.m., police responded to Warwick Boulevard and Hunters Glenn where they found a man who had been struck by a vehicle.

He was taken to a local hospital with injuries that are believed to be life-threatening, according to police.

Police say that the man attempted to cross Warwick Blvd., and he was struck. The driver and witnesses remained on scene.

There is no further information to release at this time, and the investigation remains ongoing.