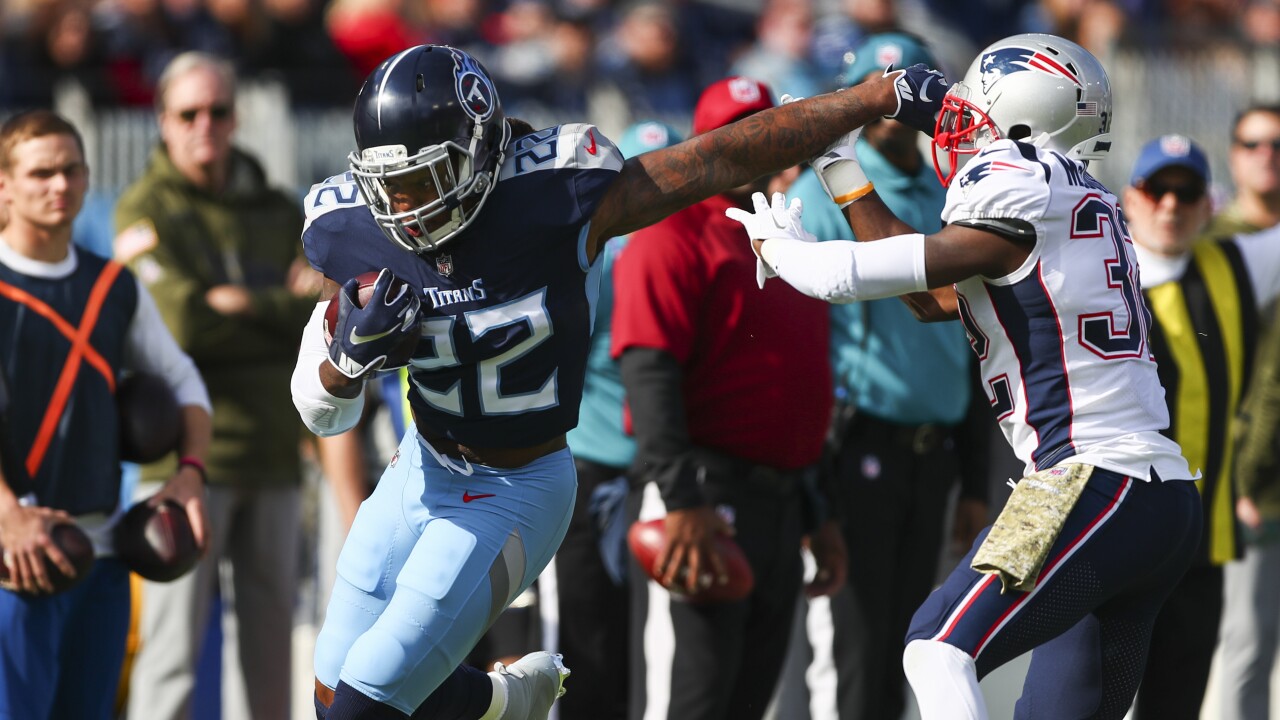 FOXBOROUGH, Mass. (AP) — When Tennessee GM Jon Robinson fired coach Mike Mularkey after he lost to the Patriots in the divisional round of the playoffs following the 2017 season, he leaned on his past to plot a course for the Titans’ future.

Five days later Robinson, who got his NFL start as a scout with New England from 2002-13, hired Mike Vrabel — winner of three Super Bowl rings as a linebacker with the Patriots — as his new coach.

It seemed like a transparent effort to plant seeds in Tennessee of New England coach Bill Belichick’s disciplined, team-first “Do your job” culture that has come to be known as “The Patriot Way.”

“Isn’t that the street the movie theater is on?” Vrabel joked this week when asked what the moniker meant to him.

Two seasons later the efforts of Robinson and Vrabel, combined with a boost from former Miami Dolphins quarterback and Patriots’ AFC East nemesis Ryan Tannehill, have culminated in a wild-card matchup Saturday with the franchise the Titans appear to be striving to emulate.

True or not, Vrabel said the ties between the teams aren’t on his mind.

The Patriots will face one of the hottest teams heading into the postseason. The Titans won seven of their final 10 games to earn their second playoff berth in three seasons and first under Vrabel.

Ryan was drafted by the Patriots in 2013 and spent the first four seasons of his career in New England, winning Super Bowl rings during the 2014 and 2016 seasons. He said he’s carried lessons from his time with the Patriots that stick with him.

New England’s loss to Miami in its regular-season finale relegated it to the wild-card round for the first time since 2009, when it lost 33-14 to Baltimore. The Patriots are 2-1 in wild-card games under Belichick and that “best quarterback,” Tom Brady, but have never made it to the Super Bowl when opening the playoffs as a wild-card team during their era.

“We have a chance to go on a revenge tour,” Patriots linebacker Kyle Van Noy said. “What better way than to start out with Tennessee, who we lost to last year. It’s a big motivation. We weren’t happy about our performance. They’re coming into our house. What better way to get it started for the playoffs.”

As Brady prepares for his 17th postseason, he says he isn’t thinking about the future beyond Saturday.

The 42-year-old has more playoff victories (30) than each of the 11 other projected starting quarterbacks in this year’s playoffs combined (26). But he also has a contract that expires following the season and could face entering free agency for the first time in his 20-year career.

“I’m not much for nostalgia,” Brady said. “I’m just pretty focused on what I need to do. This week has felt just like every other week for the last 20 years. … I haven’t thought about those things. I wouldn’t be thinking about those things anyway. It’s felt like a normal week for me.”

Tennessee found a different gear when Tannehill moved into the lineup. The Titans have averaged 6.94 yards per play since he moved into the starting lineup in Week 7 — best in the NFL in that span. They’ve averaged 406.2 yards of total offense with Tannehill as a starter, third behind Dallas (424.1) and Tampa Bay (416).

Tannehill not only led the NFL with a career-best 117.5 passer rating, Pro Bowl running back Derrick Henry led the league with 1,540 yards rushing. They also have a 1,000-yard receiver in rookie A.J. Brown, who ranked second in the NFL averaging 20.2 yards per catch.

NO NEED FOR KICKER

The Titans are on their fourth kicker this season, though Greg Joseph has yet to attempt a field goal since being signed to replace Ryan Succop. Tennessee is last in the NFL converting a horrible 44% of field goals. It helps that the Titans lead the NFL in scoring touchdowns in the red zone at a clip of 75.5%.

Tennessee also led the league led the NFL with nine pass plays of 50 or more yards. Brown has four touchdown catches of at least 50 yards, joining Isaac Curtis (five in 1973), Willie Gault (four in 1983) and Hall of Famer Randy Moss (five in 1998) as the only rookies with at least four such TDs since the merger.

Overall, the Titans were fourth in the league with 121 big plays (runs of 10 or more yards or passing plays of 20 or more yards).

New England’s defense was fourth in the NFL, allowing opponents to score on 48.3% of their red zone opportunities. The Patriots have allowed only three passing plays of 50 or more yards.

The Titans have been limited in the secondary since Butler broke his left wrist Nov. 3 in a loss at Carolina. Then starter Adoree’ Jackson hurt a foot Dec. 1 in a win at Indianapolis, which kept him out of the past four games. Jackson has practiced fully this week. His return would allow Tennessee to use Tramaine Brock Sr., a waiver wire pickup from Arizona, for depth instead of starting opposite Ryan.