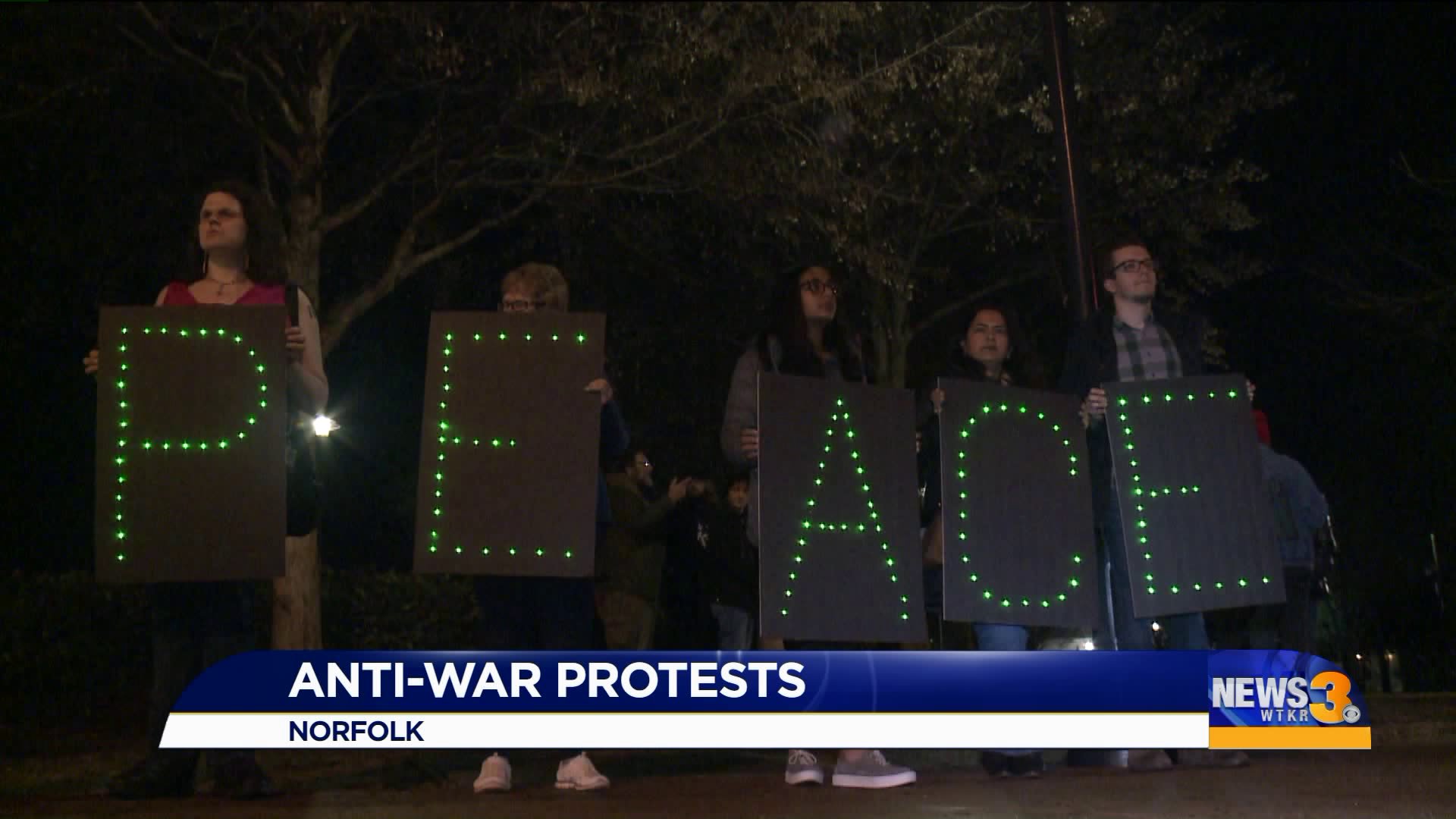 Dozens of protesters gathered at Town Point Park in Norfolk Saturday evening in response to President Trump ordering a drone strike at the Baghdad airport that killed, one of Iran’s top military leaders— Qasem Soleimani on Friday.

Logan Kenison is a student at Old Dominion University who is "terrified" of war. "The loss of human life in that country and the loss of human life to people potentially in our country or our soldiers is— it’s not worth it," he says. "I wonder how Americans would react if a foreign country had killed someone higher up in our military establishment or in our government, say the secretary of state, or something like that."

Many people brought Signs— one saying "humanity for peace" and another read "no more war."

Tina Rockett with the Hampton Roads Green Party handed out illuminated letters that spelled out "no war, peace."

"We need to be deescalating and bringing troops home so this is escalating a problem," says Rockett.

President Trump said Friday the action was taken "to stop a war." He said Soleimani "was plotting imminent and sinister attacks on American diplomats and military personnel.

Eventually the protesters mobilized— taking their message down Granby street.  Chants of "No justice, no peace. Get our troops out the Middle East" could be heard.

While others downtown looked on, protesters footsteps marched on for several blocks downtown.

The crowd embodied people young and old— who believe the military airstrike in Baghdad put American lives at risk.

"I don't think that it is worth escalating a conflict which could lead to a pretty large scale military engagement, not only with Iran, but possibly with Iran’s allies," says Kenison.

With the future uncertain, protesters hope their calls for peace are heard far beyond Hampton Roads.